Breaking
Trump And Biden Double Down On Facebook Advertising
The New Silver Tsunami
Meet The Team Behind Facebook’s #BuyBlack Friday Campaign
Gifts That Give Back To People And The...
Toilet Paper Social Entrepreneurs See New Spike In...
Los Angeles Issues New Restrictions With Covid-19 Coronavirus...
Student Loans Are Due January 1—Do These 7...
Samsung’s Serious Cyber Monday Deals Will Cause Problems...
Roadside Attractions – A Startup’s Plan To Support...
‘Fakehunter Challenge’ Heralds The Arrival Of Fake News...
Gift Guide 2020: What To Get Your Colleagues,...
Weekend Favs November 28
Trump’s Economic Recovery Is On Shaky Ground
Apple M1 Chip Rules? Latest Intel ‘Tiger Lake’...
Restoring Credibility Of Machine Learning Pipeline Output Challenged...
How To Restore Credibility Of Machine Learning Pipeline...
Home General When And Where You Can See Jupiter, Saturn And A Half-Moon Make A Triangle In The Night Sky This Week
General

When And Where You Can See Jupiter, Saturn And A Half-Moon Make A Triangle In The Night Sky This Week 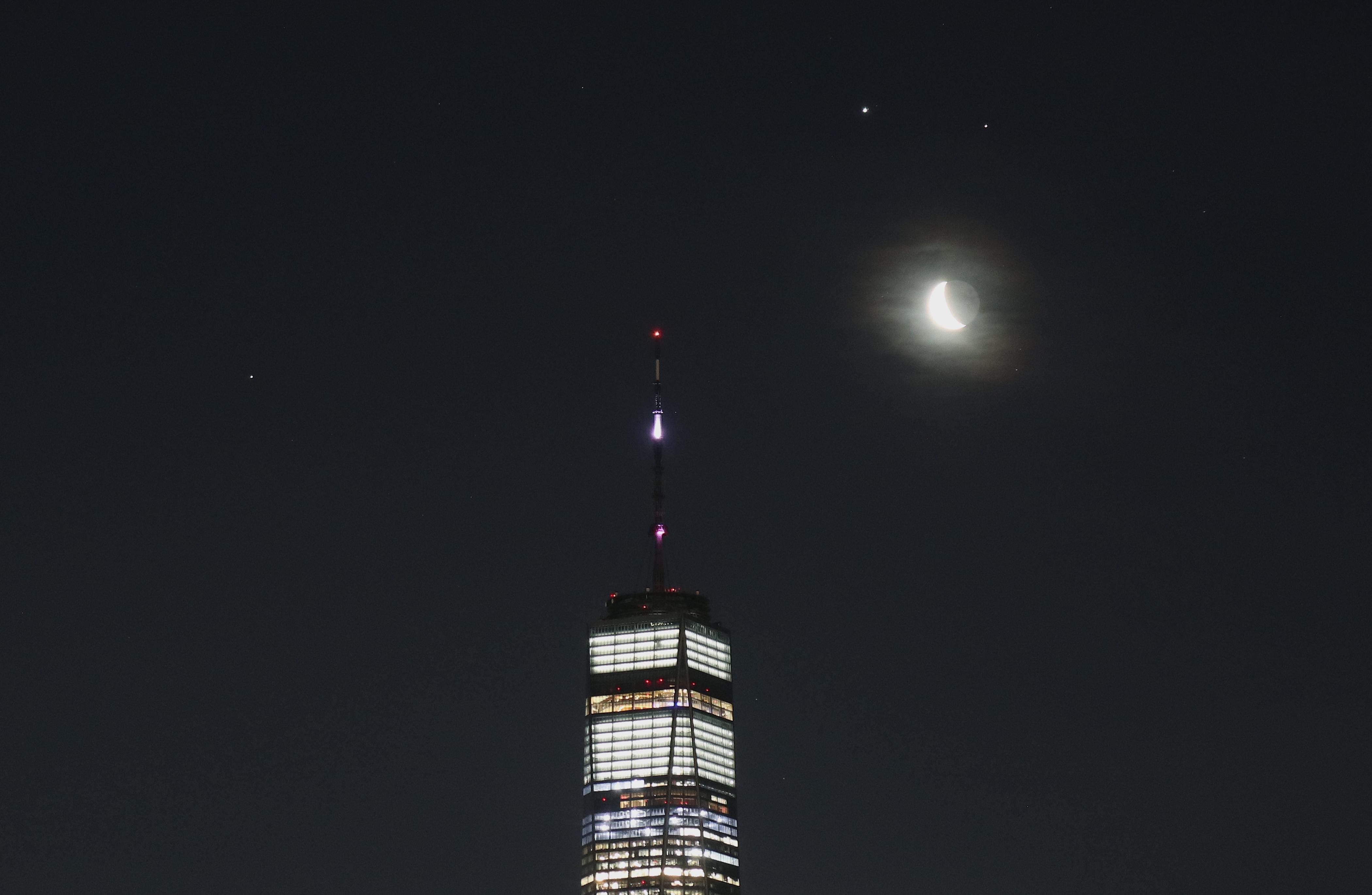 It’s a sparkling celestial sight that’s been happening frequently all summer, but this week it will be possible to see a half-lit Moon form a triangle with the giant planets—Jupiter and Saturn—for a few hours.

However, it will be one of the last times the sight will be visible in the evening sky.

Here’s everything you need to know about this week’s beautiful conjunction:

What is a conjunction?

It’s stargazing terminology for when celestial bodies—be them moons, planets or stars—appear to be close to each other from our point of view on Earth.

When to see Jupiter, Saturn and a Half-Moon

Immediately after sunset on Thursday, October 22, 2020 is the best time to look for the conjunction of Jupiter, Saturn and the Moon before the trio set in the southwest.

You can begin looking as soon as it gets dark; the 44%-illuminated Moon should be easy to spot, and as soon as twilight kicks-in Jupiter will also be easy to see.

However, since Saturn is 10 times dimmer than Jupiter (it’s just so much further away), you likely won’t see the “ringed planet” until it gets properly dark.

Here’s a sky-chart to make it easier:

Where to see Jupiter, Saturn and a Half-Moon

Look to the southwest at night-fall. Just a couple of hours later the triangle of Jupiter, Saturn and the Moon will be sinking towards the southwestern horizon, so don’t delay!

Why Jupiter, Saturn and a Half-Moon are so close together

They’re not—they just appear to be close from our point of view on Earth. A lot of stargazing, planet-gazing and moon-gazing is about appreciating line-of-sight phenomenons that in a sense aren’t really happening at all.

Just as the constituent stars in famous constellations often have little or nothing to do with each other—they just happen to be in the same vague region of the night sky as seen from Earth—so too the planets. In fact, during this conjunction Jupiter is 483 million miles/778 million km from Earth and Saturn 929 million miles/1.49 billion km.

By contrast, the Moon will be just 236,317 miles/380,316 km from Earth and just happens to be passing through the region of the sky that the giant planets are presently occupying—the constellation of Sagittarius.

When will Jupiter, Saturn and the Moon next appear close together?

Although Jupiter and Saturn are now gradually sinking into the western horizon after spending much of 2020 high and bright, there are two more lesser chances to see them in close proximity to the Moon:

So while there are a couple more chances to catch the Moon and the giant planets in conjunction, this week is your best chance to both see a triangle of the three, and to see the them high in the night sky.

This Is Not A Stock Market Dip – It’s The Beginning Of Another Scary, October Selloff