Breaking
Why Getting On TV Is Your Best Marketing...
Ask Larry: Can I Take My Social Security’s...
Students Can Get Hulu For Just $1.99 Per...
Documentary Calls Out Stereotypes, Issues Urgent Call-To-Action For...
The Best Preferred Stocks For 2021
China’s Rare Earths ‘Slump’ A Sign Of Domestic...
5 Ways To Promote Team Wellness This Winter
How To Refresh Your Business Ideas In The...
Yelp Is Now Accepting Covid-19 Safety Reviews …And...
What You Should Consider Before Entering An Intrafamily...
The Hidden Drag From The S&P 500 That...
The Flawed Inflation Narrative; And “V” vs. “U”
How, When And Where You Can See A...
Why You Should Stop Using Your Facebook Messenger...
IRS Collections Appears To Be Broken
Google Search Rival DuckDuckGo Tops 100 Million Daily...
Home Entrepreneurship When Best Friends Can Also Be Successful Business Partners
Entrepreneurship

When Best Friends Can Also Be Successful Business Partners 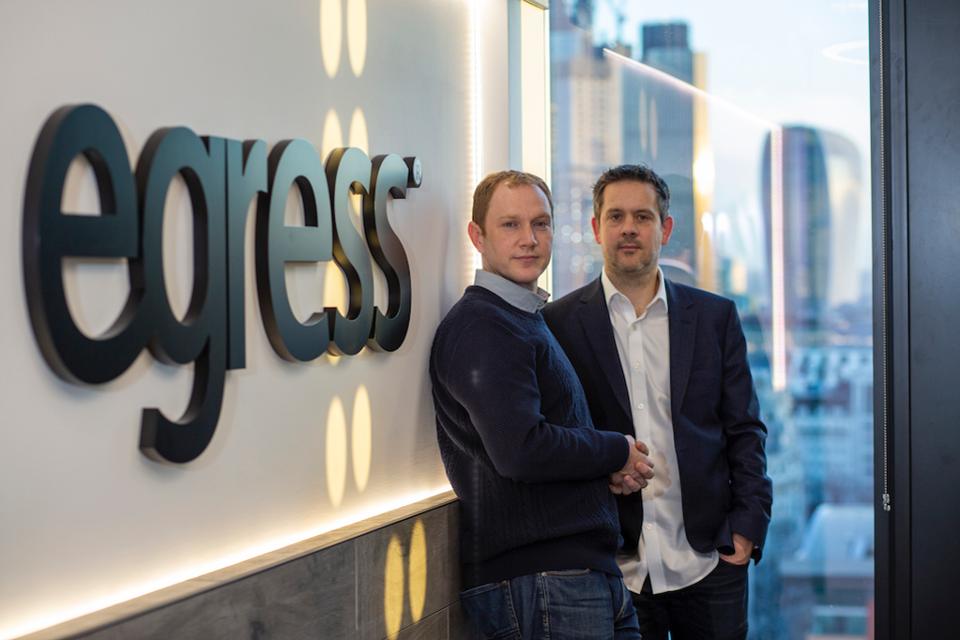 Mixing friendships and business can be a winning formula or a recipe for disaster. It’s easy to see why people do it. Quite simply they trust their friends and enjoy their company. But the pressures of starting a business can take their toll, and whether it is differences of opinion, or financial worries, they can spell curtains for the business – and the friendship.

The risks of mixing friendship and business can be mitigated by choosing the right friend in the first place, a move that has paid dividends for Tony Pepper and Neil Larkins, cofounders of London-based data security firm Egress Software.

The successful partnership almost never came about. After graduating from university Pepper’s plan was for a career in politics, but a chance trip to see his brother at IBM in London changed all that, and inspired by his visit he took a Master’s degree in software engineering.

In 2002 he was hired for a sales role by Larkins, an engineer and sales director at data protection company Reflex Magnetics, and initially reported to him. Pepper quickly demonstrated an aptitude for business and within a year, with the founders removed from the everyday running of the company, the employee-boss relationship had evolved into more of a business partnership. The pair had also become very good friends.

The reality was that Pepper had joined Reflex at a tough time for the business. “We worked really hard together to help reinvigorate the company and get it into a position where it could be sold,” he says. “We were in the trenches together and we shared a gut instinct and probably a naivety that helped us to bond closely and also meant that we took risks together.”

Their efforts paid off. In 2006 Reflex was sold to Pointsec Mobile for nearly $30 million and just three months later, the combined entity was purchased by CheckPoint Software for $600 million.

The pair stayed with CheckPoint for a year, after which Pepper and Larkins got the entrepreneurial itch again. With a wealth of experience from their Reflex days, and a keen grasp of the growing importance of data protection and email security in an increasingly digital world, they bootstrapped Egress from a very modest London flat.

“We founded Egress in 2007 during the economic crisis, so funding wasn’t really an option,” says Larkins. “We spent a couple of years developing our first solution, email encryption, which we launched in 2010, and during that time we sacrificed our salaries to keep the company moving forward.”

Their experiences at Reflex proved invaluable in their new venture. They had made mistakes in areas such as focus product and target markets, and hired people who weren’t the right fit for the company we were building, and were determined to learn from them.

“When the chips are down, we will pivot and find a way forward, because there will always be one,” says Pepper.

Over a decade since its launch, Egress has received nearly $50 million in venture funding, and while still privately held, is growing rapidly with revenues approaching $24 million. It now has 250 employees in Europe and North America with a global client base and partner network that includes over 1000 enterprise and mid-market customers.

Pepper attributes much of the success of their business partnership to the old adage that that opposites attract. “Neil and I are both very different people in how our minds work and how we approach the business, and that’s a fundamental part of our success,” he says.

The two also have different skillsets. As CEO, Pepper focuses on the commercial side of the business, while CTO Larkins leads the company’s tech strategy and product vision. “We’re always collaborating and updating each other on what’s going on, but we have clear roles within the business that we’re well suited to,” he adds.

Differences aside, their shared vision for the business has enabled them to work successfully together. And they insist they have never had any major fallouts, even when under pressure. They do, however, have many differences of opinion.

“We respect those differences; they are healthy and perfectly normal for passionate entrepreneurs working together to have them,” says Larkins. “If one of us is pushing for something and truly believes it’s the right thing to do, the other one will support them. We trust each other to run with something.”

Away from the office, the friendship endures, as both men and their families spend time together, and both enjoy playing golf.

They remain passionate about the startup community and haven’t ruled out the prospect of doing another joint business venture, but their focus right now is on Egress, growing into new markets and working in data privacy and information security at a time of hyper-awareness and changing global regulations governing how organizations interact with data.

“We’re catering for use cases that have been previously unsolvable, such as misdirected emails and attachments, and there’s significant global market demand for our company to capitalize on now,” says Pepper.

The Art Hidden In The World’s Largest Nuclear Fusion Reactor

How Companies Go From Disruption To Settling For...