Breaking
Netflix And Roku Stock: The Crucial Difference
U.S. Methamphetamine Overdose Deaths Surged Over The Past...
A Scalable System To Lower Unemployment
How Are Bitcoin, Tethers And Dollars Connected? An...
‘Fortnite’ Sunflower Farm Location: Where To Find A...
The “Lies” We Tell Job Applicants
Money Flows To Govtech – Has A Cinderella...
Ask Larry: Can I File And Suspend My...
For Insight On New Covid-19 Variants, Look To...
Mindfulness Makeover: How To ‘Just Be’ No Matter...
Four Simple Steps To Creating High-Value Offers That...
How CPRA Is Forcing Privacy To Become A...
Nine Common Mistakes People Make When Building Their...
The Best Tax-Free Municipal Bonds For 2021
Our Feelings Aren’t A Distraction In Business, They’re...
How To Sell Products And Services During Difficult...
Home Business When Cause And Effect Converged With Humanity
BusinessEntrepreneurshipStart Ups 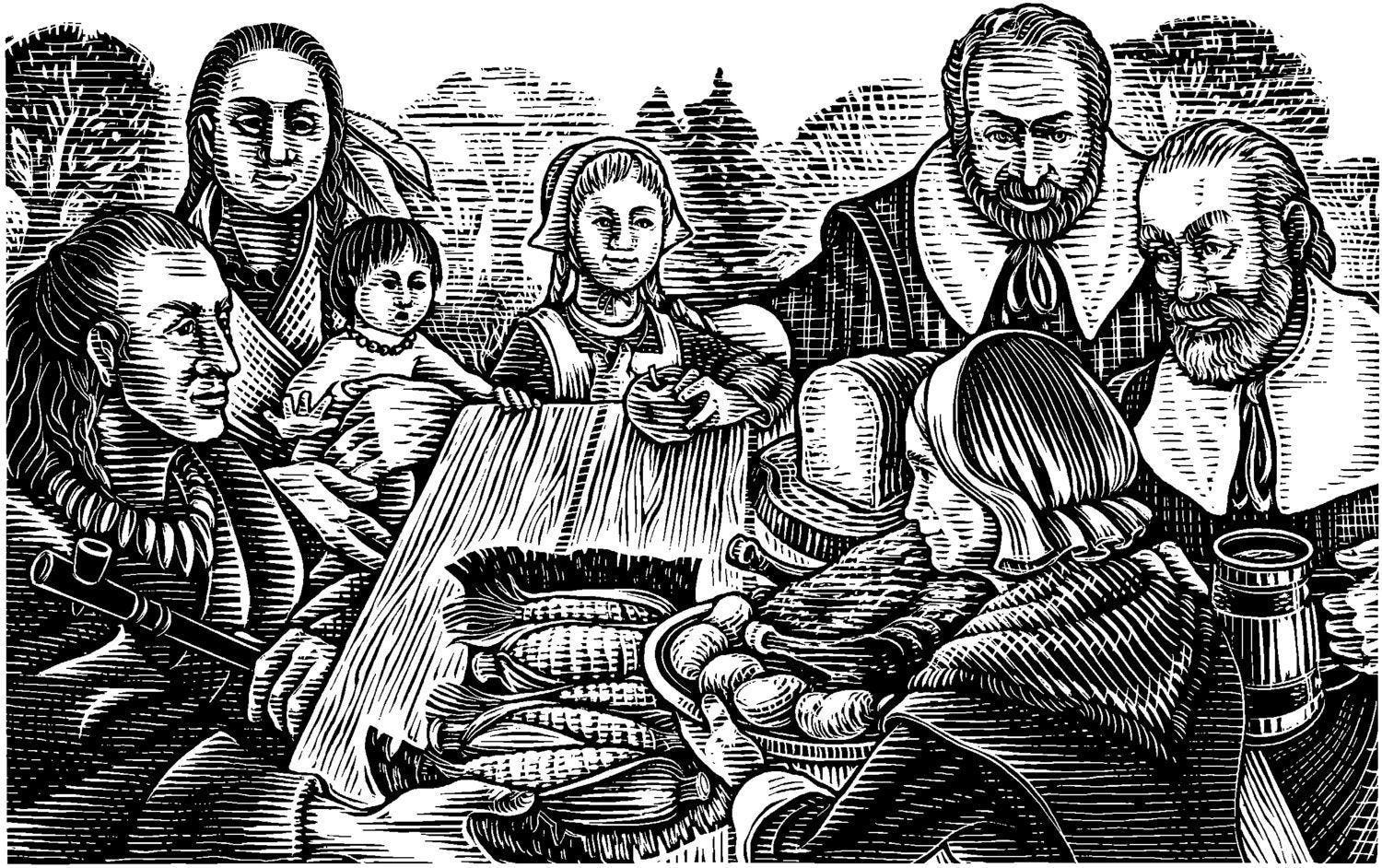 This is a story about how cause and effect merged parallel universes and one person made a difference that changed the course of human history.

As the 17th Century dawned on the New World, a manchild was born to the Patuxet tribe. His father named him Tisquantum. They were part of a confederation of tribes known as the Wampanoag (“eastern people”) inhabiting much of what became known as New England.

In time, Tisquantum would become a very important individual to the future of America, but not before his life would change in ways not to be imagined by any 17th-century Earthling.

Incredibly, twice as a hostage and later as a guide and interpreter, Tisquantum crossed the Atlantic six times by the time he turned 35. On his odyssey, this unlikely world-traveler – now called Squanto – learned Old World languages (English and Spanish) that, combined with his New World survival skills would contribute to his rendezvous with destiny.

As Squanto made his last transatlantic trip in 1619, plans were being laid to establish a colony in what the English then considered the northern boundary of Virginia. On September 6, 1620, the 90-foot Mayflower set sail from the English port of Plymouth, with the manifest recording the names of 110 passengers and crew, including 37 Leiden Separatists, also called Pilgrims.

Demographically, the Mayflower voyagers were an unlikely and contentious gaggle. Even though they were the minority, the behavior of the Separatists justified their name, going so far as to refer to fellow shipmates as “the strangers.” But there was a common cause that would eventually bind them together: They had embarked on a perilous adventure to claim new prospects in the New World.

Meanwhile, upon arriving arrived back in his home range, Squanto made the shocking discovery that during his absence, not only had a 1617 epidemic decimated the Wampanoag people, it wiped out his entire village. Hold that thought.

Landfall came for the Mayflower colonists on the 66th day at sea, November 9th, when a scouting party came ashore near the tip of what is now Cape Cod. Their first encounter with indigenous people almost cost them dearly when they stumbled onto a burial ground, and the indignant caretakers chased back to the Mayflower. This first contact must have seemed like bad luck, but as they would soon discover, it was a blessing in disguise.

Safely back on the Mayflower and sailing on toward the main coast, the colonists settled their differences by creating a now-legendary document: The immortal Mayflower Compact established the first set of New World ideals.

The next landing would be more successful. The day after Christmas, 1620, the colonists came ashore on what is now Massachusetts, to establish their new life in a place they named Plymouth.

The first winter in the New World was brutal – by March 1621, less than half of the Mayflower contingent survived. But with all their misfortune, they were about to discover something for which they would become very thankful.

On March 16th, one of the greatest moments of serendipity was set in motion when an Indian named Samoset walked into the colonists’ camp and greeted them with, “Hello, English.” Hunting and trading in the area, Samoset was a Monhegan sachem (a leader) from what is now the state of Maine. Even though he spoke some English, Samoset could see that these sad-looking survivors would need more help than he could give them.

Remember our trilingual, world-traveling orphan, Squanto? Well, it turns out that not only did Samoset know Squanto and his background, but the colonists had established Plymouth on the very spot where Squanto’s ill-fated village had been. So, when Samoset brought Squanto to the colonists, he spent the rest of 1621 teaching them how to fish, grow crops, and survive in the new land. And the rest is history.

One Person Can Make a Difference

Previous attempts to settle the New World had failed. So, it’s generally accepted that without the humanity and benevolence of Samoset and Squanto, the Mayflower expedition would likely have suffered the same fate as Jamestown (1607). But thanks to these two individuals, the first harvest was so bountiful that the colonists set aside three days in October 1621, to celebrate and give thanks for their blessings. Squanto was invited and he brought other New World natives to what became the first Thanksgiving Day in America.

Consider these cause-and-effect-meets-humanity questions: What if Squanto had not been kidnapped and taken to Europe? What if he had not learned English or endeavored to return to his home? More importantly, what if he and Samoset had not been of good hearts and had not befriended the colonial seeds of America?

If the success of the Mayflower expedition was essential to the founding of the United States, then it’s no great leap of logic to see how one person, demonstrating humanity and doing the right thing, changed the course of history.

Write this on a rock … As we celebrate Thanksgiving this year, in peace and with too much to eat, let’s channel Samoset, Squanto, and the Mayflower colonists, and focus on our shared humanity instead of our differences. Who knows? We might even make the world a better place for our grandchildren.