Breaking
How Millennials Are Changing The Face Of B2B...
Bloggers of the Month: Kelly Jackson & It’s...
As Bitcoin Suddenly Surges Over $50,000, The Price...
In The Race To Retail Dominance, Customer Service...
Meet Onesimus, The Enslaved Man Who Saved Boston...
How to Build a Sales Forecast Model
The Unexpected Ways COVID-19 Has Forever Changed What...
Google Posts: Conversion Factor — Not Ranking Factor
How To Bring Your Branding To Life
Coinbase Cofounders And Investors Poised To Rake In...
How To Stay Top-of-Mind For Your Audience With...
Introducing The Chrome Extension: Get Share Counts, Links...
Employers: Eight Red Flags You May Not Notice...
The benefits of videoing in the automotive industry
Ted Lasso, Other Apple TV+ Shows Arriving Soon...
How To Incorporate Click And Collect Into Your...
Home General When Covid-19 Opens A Career Opportunity (Or Two)
General 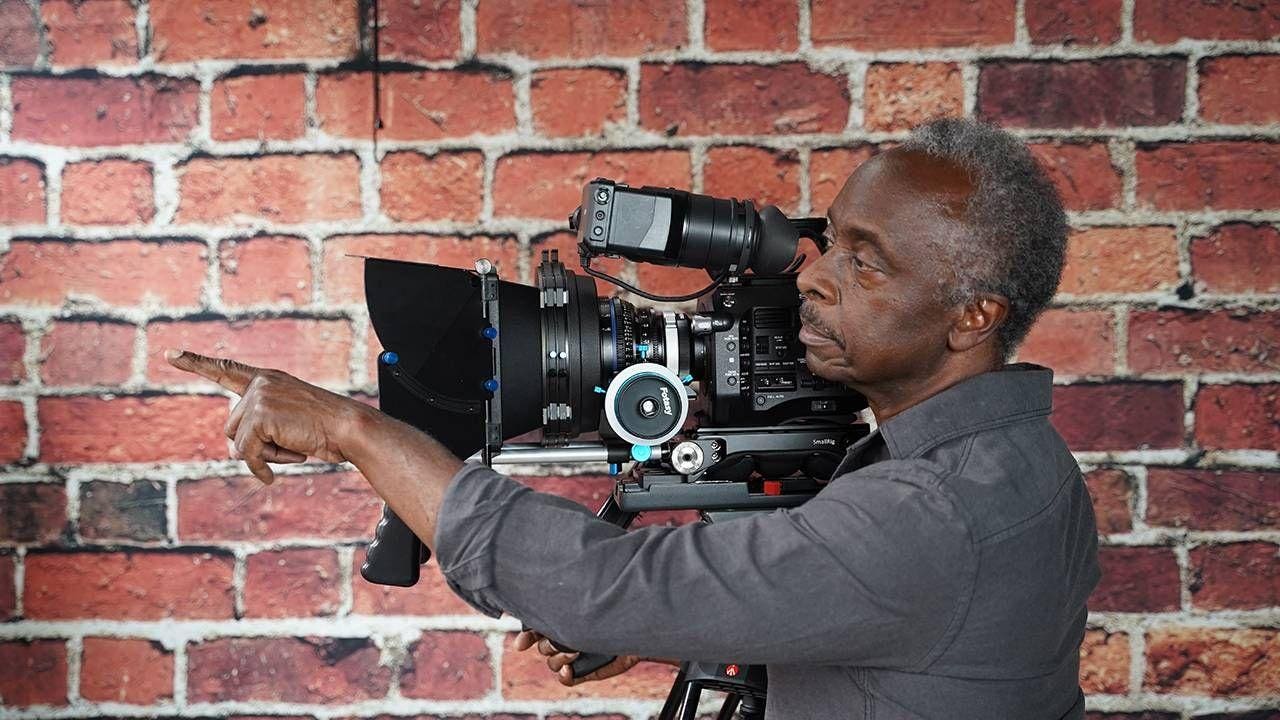 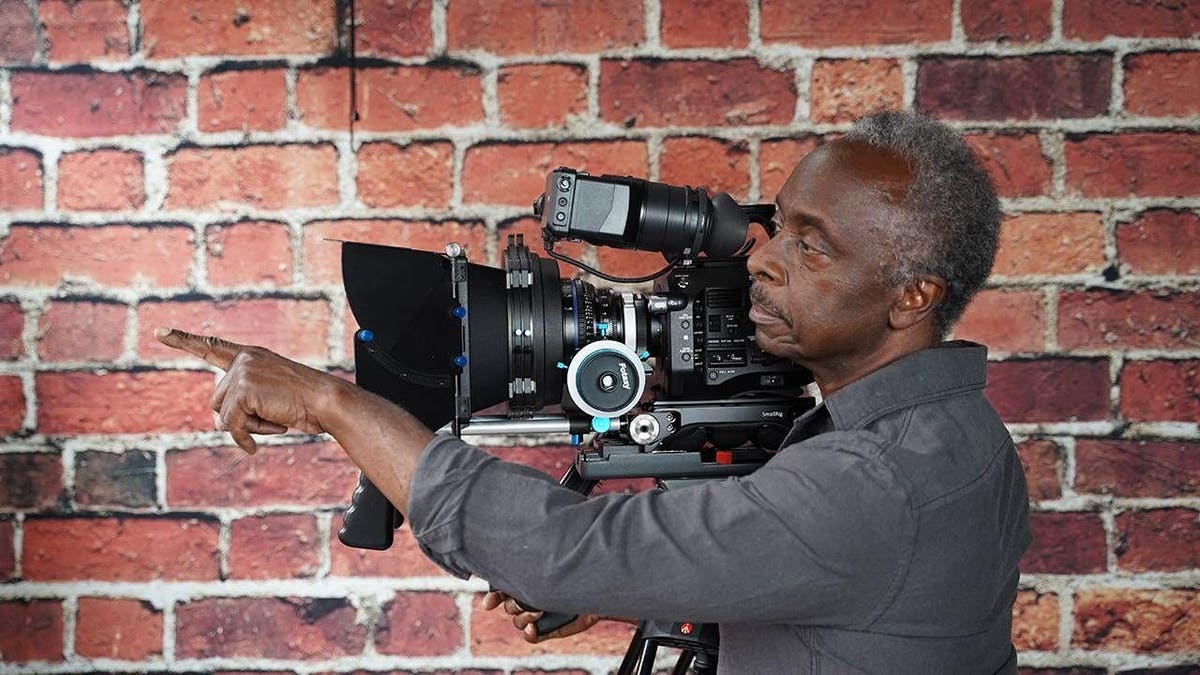 By Leslie Hunter-Gadsden, Next Avenue

It is often said that timing is everything. Boston filmmaker and multimedia artist Roberto Mighty, 66, certainly found that out one day in March 2020 shortly before the coronavirus pandemic reached epic proportions in the United States.

“Two things happened. I had a meeting with a public television distributor who said, ‘Congratulations! We are going to distribute both of your proposed series for next year, “getting dot OLDER” and “The World’s Greatest Cemeteries,'” Mighty recalls. “Then I got a phone call from a professional contact affiliated with Massachusetts General Hospital and Harvard Medical School Teaching Hospital using apocalyptic terms about the coronavirus and asking me to produce resilience-training videos for doctors and nurses and other front line medical personnel.”

“In early March, you could just feel the stress in the air at the hospital even before many pandemic patients were starting to stream in.”

The hospitals needed someone who could produce the videos from top to bottom “and they needed it ‘yesterday,'” says Mighty.

Creating informational and educational videos was nothing new for him. Mighty has been producing videos, films and multi-screen museum installations since 1998. But wrapping his head around the dire situation that Covid-19 would create was a different story.

“Like many Americans, I didn’t believe the pandemic was going to be as bad here in the United States as was predicted. As the extent of the problem became clear, it deepened my resolve to be of service,” he says. “In early March, you could just feel the stress in the air at the hospital even before many pandemic patients were starting to stream in.”

The purpose of the Covid-19 resilience training videos was to help get medical personnel to take care of themselves, mentally and emotionally, while taking care of others. The films would teach breathing techniques, meditation and other stress-reducing strategies.

Mighty worked closely with experts from the hospitals’ psychiatric department to create them. He and his crew wore gloves and were socially distanced from each other and the medical experts they were filming, of course.

“It was a singular experience that I’ll never forget,” says Mighty. “Some of my close friends are physicians. It felt like I was doing something to help them.”

Only trouble was the project had a tight timetable and Mighty was busy working on his 30-minute documentary, “Legacy of Love,” about the courtship of Martin Luther King, Jr. and Coretta Scott King.

Nonetheless, he dove in and speedily developed seven training videos.

“I can’t say enough how hard the experts, physicians and educators worked with me and my crew night and day to complete the project in four weeks, instead of the usual twelve to fifteen weeks it would normally take,” Mighty says. “We all had a sense of mission.”

“Legacy of Love” premiered on WGBH Public Television last August. For that film, Mighty wrote, cast, directed and filmed historical dramatizations. The host, Reverend Liz Walker, interviewed people in their 80s and 90s who knew of, or had met, the Kings in the 1950s in Boston, as well as religious, academic and political leaders.

“I personally have benefited from the civil rights movement like every other Black kid I went to school with, and I was committed to getting the story right.” Mighty says.

He morphed from a TV/video producer, music writer/producer and audiobook producer into a filmmaker and multimedia artist about 10 years ago, by getting an MFA in visual arts from the Art Institute of Boston at Lesley University.

“I’d found success in the world of corporate video production and wanted to try something more challenging,” Mighty recalls. “I wanted to improve my visual vocabulary, so I decided to apply to an MFA program.”

Mighty’s journey as a filmmaker has included a stint as an artist-in-residence at Harvard Forest, an ecological research area run by Harvard University. There, he developed a multimedia art installation on the first contact between Native Americans and European settlers.

And during his time at Mount Auburn Cemetery in Cambridge, Mass. as its first artist in residence, he created an installation of original film, video, fine art photography and sound design inspired by the 19th century cemetery, highlighting famous and not-so-famous individuals interred there.

“Many women, and some men, said they felt invisible after fifty.”

His TV Series on Aging

“getting dot OLDER” focuses on intimate and personal revelations about aging from a diverse set of boomers. “World’s Greatest Cemeteries” looks at the landscape, gardens and culture of cemeteries from around the world. Each will have 13 half-hour segments; Mighty is producer and host.

The pandemic, of course, has made filming both series more complicated.

He began working on “getting dot OLDER” in 2014, informally interviewing friends on how they felt about aging.

“On a personal note,” recalls Mighty, “I started to notice ‘floaters’ [in my eyes] when I read a book sometimes. I freaked out and went to the doctor. She said, ‘Your vision is ok, it’s a normal phenomenon, you’re just getting older.’ Well, that led me to think about other things that change as we grow older.”

A couple of years ago, he realized he could make that idea into a TV series, based on people’s responses to a survey with 27 questions on aging. The questions are intimate — spanning from relationships with spouses, parents and other loved ones to whether they are ashamed of anything they have done.

The viewing audience will be able to participate by uploading their own answers to the survey questions on the series’ website.

With the exception of the pilot, he filmed interviews for “getting dot OLDER” pre-Covid-19, traveling to show what Mighty calls “moments in the life” of each participant.

“Many women, and some men, said they felt invisible after fifty,” Mighty says. “Almost universally, older people want to be listened to, because they often feel ignored.”

This Week In Credit Card News: A ‘Smart’ Credit Card Is Coming; The Frugal February Challenge