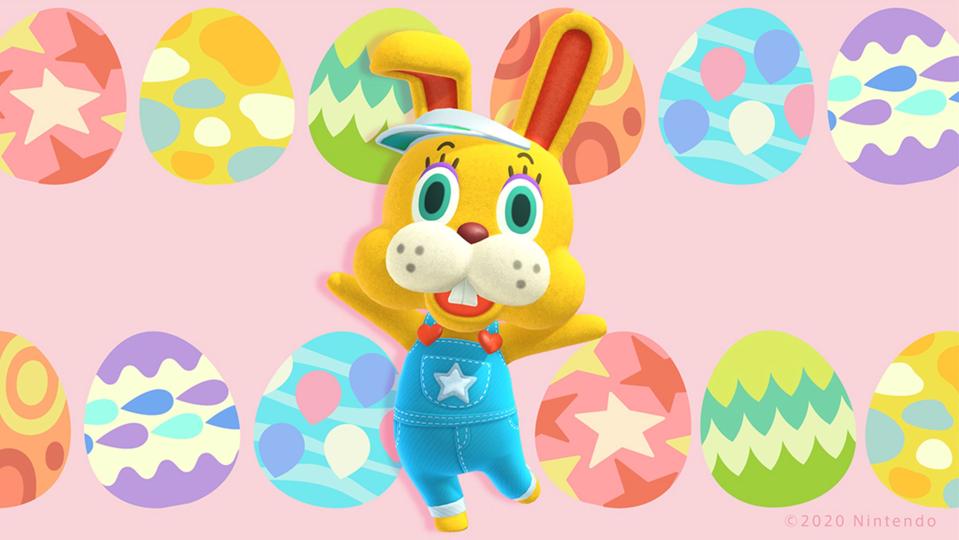 I’m pretty sure that the hotfix made a difference. I’m able to fish now, at least, without being virtually certain that I’ll pull up an egg instead of a fish every time. But rest assured, the island is still absolutely covered in eggs here in Animal Crossing: New Horizons for the bunny day celebrations, and I’m still ehre just waiting for things to end.

First, a semantic distinction: technically it is not Bunny Day, not yet. This is the runup to Bunny Day, which remains only a single day. That’s when all of this will end: Bunny Day itself is on the same day as Easter, by a strange coincidence, on April 12.

So that’s when Bunny Day ends in Animal Crossing: New Horizons. April 12 will see a glut of eggs for anyone still trying to craft all of those sickly-sweet egg recipes, and then it will all be over, and I can get back to trying to fill my museum up. I got my snapping turtle last night, so it’s not a total loss. I’m also now on the lookout for any cherry blossom recipes, because I haven’t seen a single one of those save the one that Isabelle gave me on the first morning in April.

I’ll be very curious to see what happens with the next event, after this. Nintendo obviously heard some the criticism, or else it wouldn’t have made the hotfix which lowered egg rates. I imagine that we’ll see a little more attention paid in the next event to just how pervasive it is, and the degree to which players can choose to go about their daily lives without being inundated by seasonal specialties.

Regardless, Animal Crossing: New Horizons remains a pleasant little escape from the brutal realities of life under lockdown. Right now I’m firmly in the mid-game, I feel like, where I’m chasing down new furniture recipes and trying to execute a particular vision for the island rather than just scattering around what’s available. It’s not going great, to be honest, but more on that later. I mostly just want some furniture.

Xbox Series X Games Will Be Compatible With...

Perrier Brings Some Sparkle Into The War On...