Breaking
ESG Metrics: A Path Forward For Companies
‘Moriarty The Patriot’ Makes A Hero Of Holme’s...
Mind The 99 Year Gap: How To More...
The WFH Revolution: How Covid-19 Is Changing The...
eToro Announces Staking For Cardano And Tron
Fintech Startups: Plan For Your Customers’ Emotional Realities
The End Of Third-Party Data — Finally
The Scientologist Billionaire Trying To Make A New...
Mission-Driven Fintech Kontist Shakes Up The Future Of...
What Can The Simple Fact That ‘We Exist’...
Stock Market: Here Comes October With Scary Tricks...
Farmers, College Students, And Food Banks Across The...
Thinking Of Writing A Book To Grow Your...
Microsoft Security Report Highlights New Sophisticated Threats From...
3 Steps To Help You Build Entrepreneurial Confidence
SMB Fintech Darling Kabbage To Be Acquired By...
Home Entrepreneurship When It Comes To Electronic Voting, California Is No Iowa
Entrepreneurship

When It Comes To Electronic Voting, California Is No Iowa 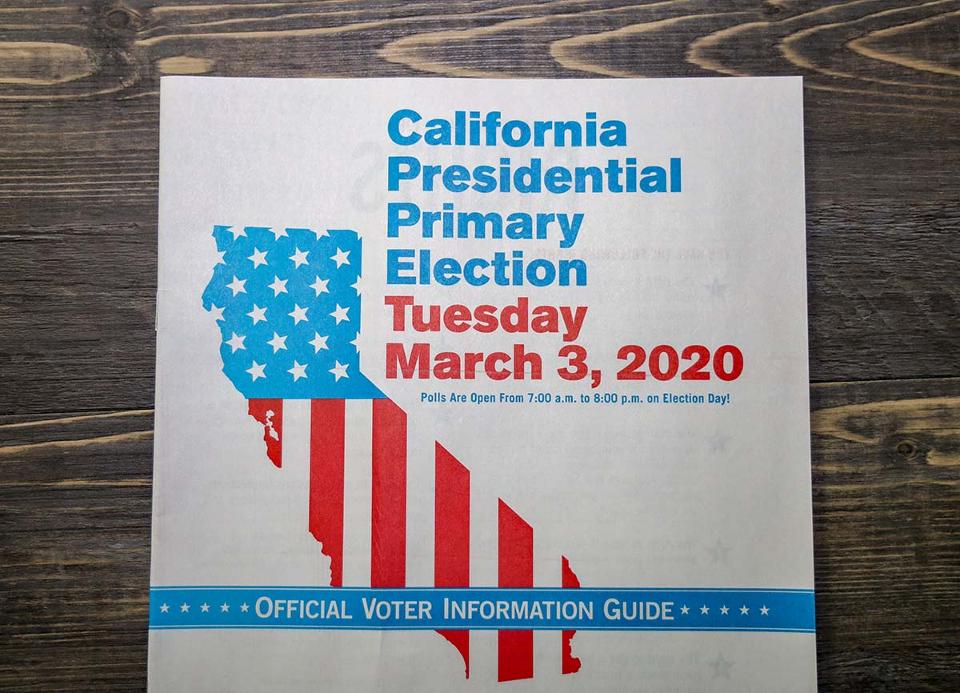 Los Angeles County has new voting machines with redesigned mail-in ballots in its shift to fewer … [+] voting centers, which are open prior to election day.

After the Iowa Democratic caucus descended into pandemonium over a failure in digital technology, California is preparing for its own digital upgrade which it hopes will have better success. Los Angeles County is carefully readying its roughly 5 million voters for a dramatic change that will take effect with the state primaries on March 3. If the election goes off without a hitch, it could very well reverberate throughout the United States. As election administrators and voters see new technologies properly vetted and successfully implemented, more and more states should feel ready to transform a dangerously outdated election process.

I’ve written in the past about the opportunities technology presents for elections—not just voting but also, for example, interactive ballots—as well as why fully digital voting in the U.S. is still years away. Behind this plodding pace is a widespread belief that election results are sacred to our democracy. And while marking a paper ballot may not be very modern, it’s a nostalgic comfort to many in an era of widespread cybersecurity concerns and headline-making hacks.

Letting go of that view may be what California needs to finally move beyond a voting system—older than the Nixon administration—that has not aged well. Its progress should serve as a lesson for tech entrepreneurs about understanding your market, not just building products based on a perceived need.

Three years ago, the Golden State passed sweeping legislation that acknowledged the shift to voting by mail and addressed the public funding limitations that restrain local voting systems and struggle to staff the polls on election days. On its first go-round in 2018, the law’s features were mostly adopted by a handful of counties in northern California, which had largely borrowed ideas from a successful experiment in Colorado. Sacramento replaced 550 polling places with 78 voting centers, staffed for the days before the election and providing a variety of voter services, including, most notably, registration. And every Sacramento voter received a ballot by mail. By reducing in-person voting, and thereby the need to staff hundreds of polls simultaneously, the new system cost the county less than its last technology-based upgrade in 2004. Technology played a role in 2018, but much of the engineering was social.

Now comes the big test: LA County, the country’s most populous by far and one with a recent history of voting snafus. Los Angeles has spent the better part of a decade planning to update its systems and has 31,000 new voting machines at the ready, complete with touchscreens and paper-ballot scanners. Los Angeles County is also rolling out a distributed model for balloting, similar to Sacramento’s.

It’s worth noting that when LA surveyed the technology landscape to choose its new machines, it decided it had to build its own (with the help of Silicon Valley design firm IDEO). But the new apparatus is just one element of a larger formula that combines new technology with redesigned mail-in ballots; the shift to fewer voting centers, which are open prior to election day; and a whole lot of outreach. Los Angeles officials spent years on consulting, organizing focus groups and hearing out concerned voters.

Contrast that person-centered approach with the situation in Iowa. As best we can tell, its Democratic officials hired a tech startup without a clear track record; those developers rushed to build a smartphone app on an unreasonable timeline; and the ticking clock resulted in insufficient testing and training. Even if the app had worked as expected, the majority of intended users never downloaded it.

The tech business has a reputation for dreaming up brilliant solutions only to later realize that users’ behavior and preferences — not technology limitations — were the real problem. In the case of voting and managing elections, understanding where we are now — and why — is half the battle. Case in point: California Secretary of State Alex Padilla announced last month that LA’s new voting system is conditional on a number of changes. One is to allow all voters the option of hand-marking a paper ballot. That accommodation may seem counterintuitive, but if you can’t win user confidence in your technology, it doesn’t matter how great your product is. It will never make it to them in the