Breaking
Everything You Need to Know About Corporate Social...
Is Adaptive Leadership the Key to Motivating Employees?
Why business events are set to return with...
Business events set to return with a bang!
Expanding Internationally: 5 Things to Consider for eCommerce...
How the Machine Shop Is Going Digital in...
Sustainable Food Packaging Is Helping the Hospitality Sector...
Top 5 Investment Practices To Make More Money...
Managing IT Requirements for SMEs: 5 Aspects that...
How To Build a Successful Luxury Brand In...
Finding The Best Google AdWords Consultant for Your...
8 Top Tips To Help Your Agricultural Business...
Three Reasons Why Office Décor and Design Are...
Looking To Improve Efficiency In Your Business? Here’s...
AI and machine learning for business
How Social Media Changed the World
Home Technology Where To See The Northern Lights Before Winter Ends
Technology 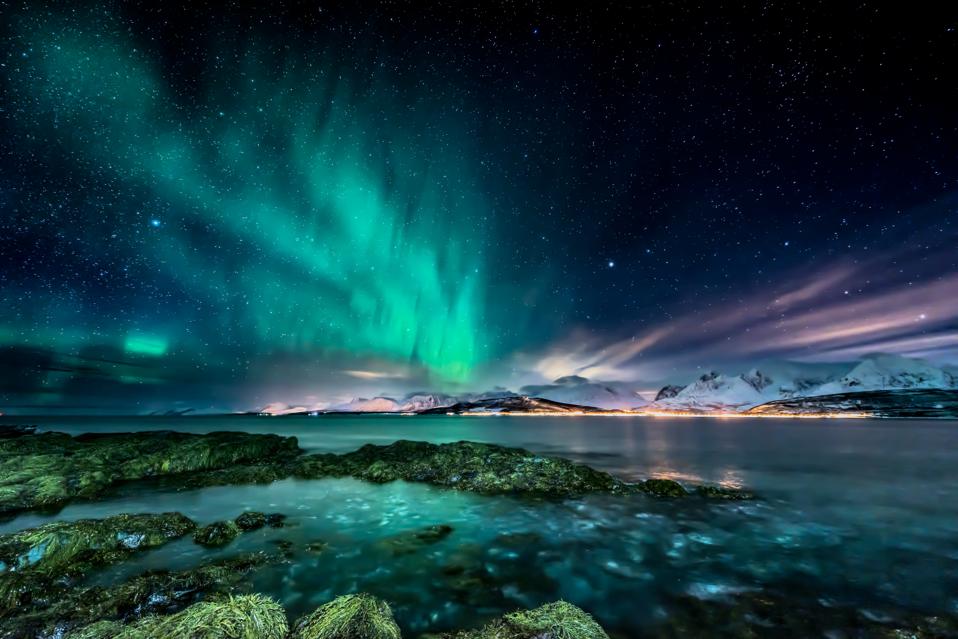 Is seeing the northern lights on your must-see list? It might seem like winter is winding down, but it’s actually about to be one of the two best times of the year to try and see the aurora. Each March, aurora activity peaks around the equinox (March 20, this year), and that’s a perfect time to plan a trip.

However, you don’t want to spend the time and money to visit a destination where the skies aren’t clear enough. To help you see the northern lights before winter ends this year, here are some tips on planning an aurora trip:

With those tips in mind, here are some of the best destinations that offer great aurora viewing opportunities and a good chance of clear skies. 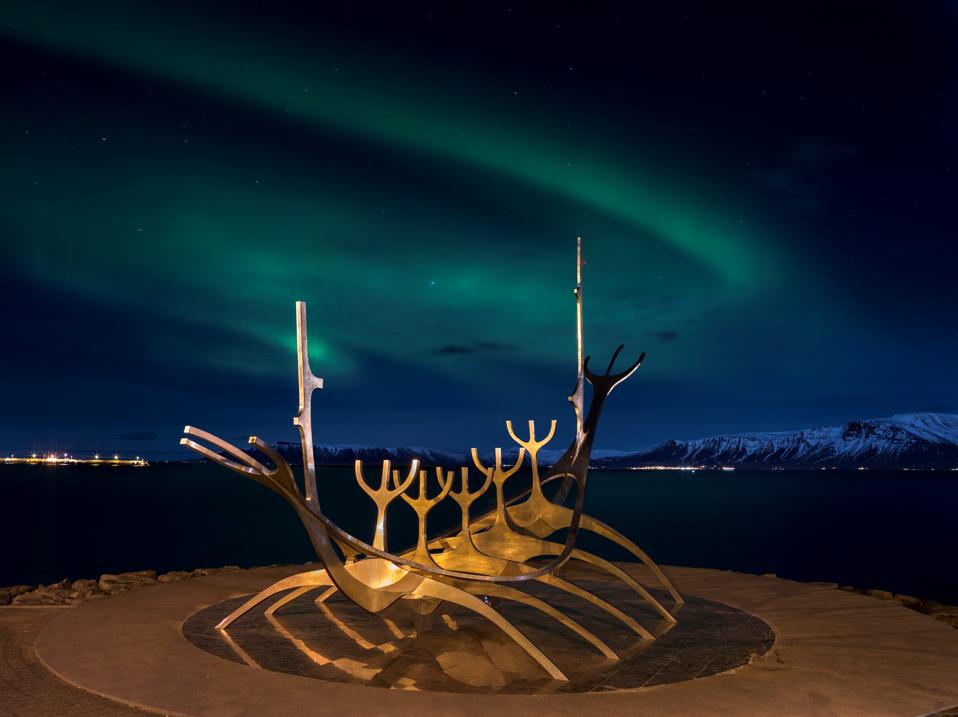 Solfar. a landmark of Reykjavik. Solfar Icelandic for Sun Voyager is a sculture made of stainless … [+] steel in the harbour of Reykjavik made be the artist Jon Gunnar Arnason. Night shot with northern lights. Europe. northern Europe. Iceland. February. (Photo by: Martin Zwick/REDA&CO/Universal Images Group via Getty Images)

Iceland has long been one of the world’s most popular aurora destinations due to its ideal geographic location under the auroral oval. As winter begins to wind down, it remains a great spot to try and see the northern lights.

Over the course of March, cloudy winter skies give way to clearer nights – but longer days too. By the spring equinox, there will be roughly 12 hours and 11 minutes of daylight each day, so a mid-month trip gives you the best chance for clear skies and 12 hours of night to try and see the aurora. 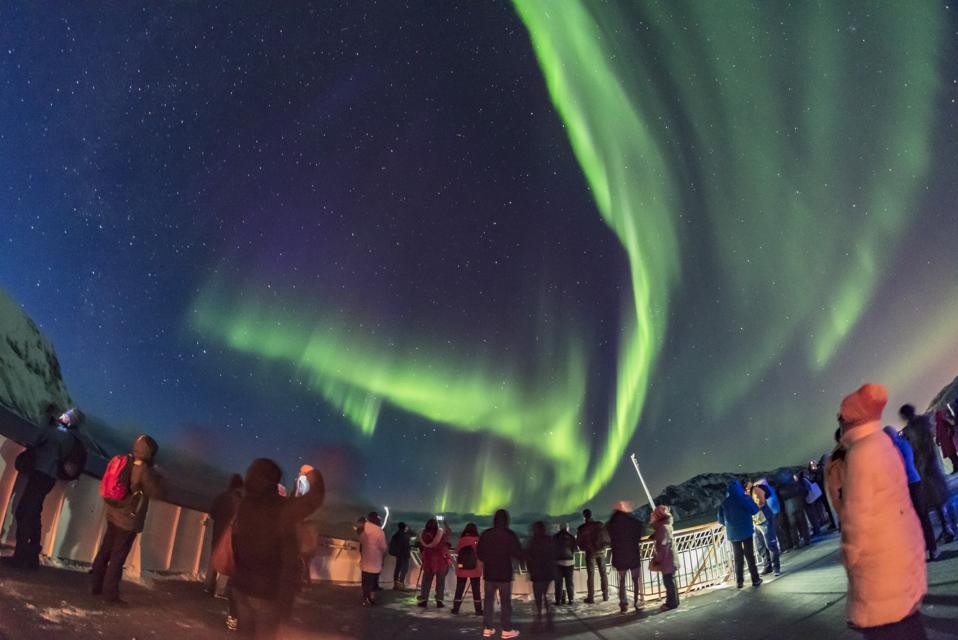 Aurora tourists taking in the sky show on March 14, 2018 from the aft deck of the Hurtigruten ship … [+] the m/s Nordnorge on the journey south, from a location north of Tromso this night This is a single 2-second exposure with the Rokinon 12mm full-frame fish-eye lens and Nikon D750 at ISO 8000. (Photo by: VW Pics/Universal Images Group via Getty Images)

Like Iceland, Norway is another popular and prime northern lights destination. In March, you’ll be perfectly placed for seeing the aurora from Tromsø. At 69.6°N latitude, Tromsø is close enough to the auroral oval that you’ll be able to view the northern lights from the horizon to the zenith depending on the solar activity.

Plan in advance if you want to see the northern lights from Tromsø, as it’s popular enough that hotels and tours will sell out whenever there’s a good aurora forecast. 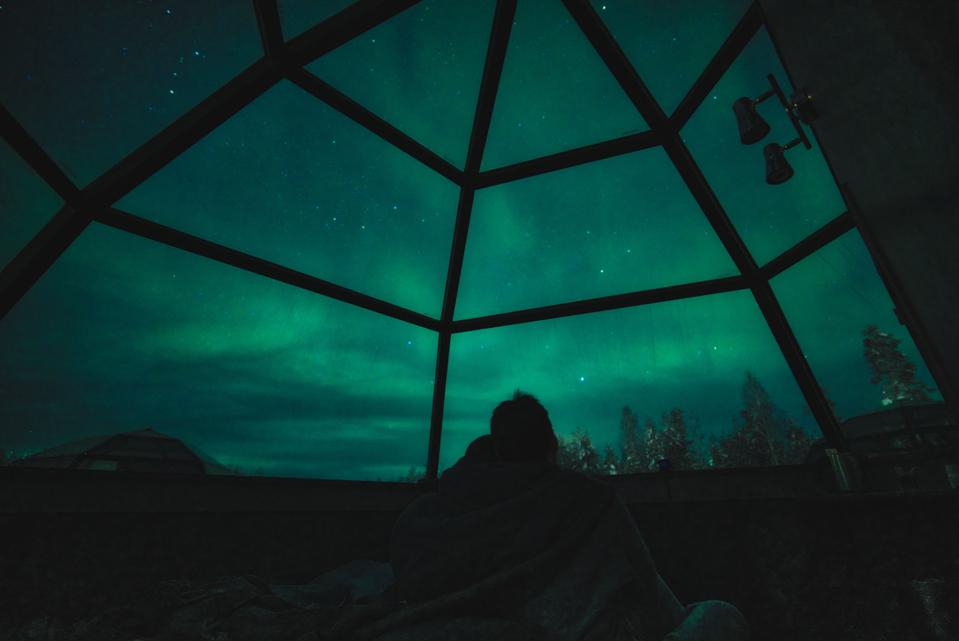 The shoot was taken at midnight. Aurora’s all over sky.

If you’d rather escape the crowds, consider planning your late winter aurora trip to Finland. Rovaniemi is an ideal destination to base yourself, located at 66.5°N and almost directly under the auroral oval. In March, night skies are increasingly cloud-free as the month wears on – by April one out of every three nights will be clear on average.

Finland has also become Instagram-famous for the photo-worthy aurora accommodations you can book while trying to see the northern lights there. From glass igloos, domes, and bubbles to modern wooden treehouses and cabins, there are some amazing places to doze off under the northern lights in Finland. 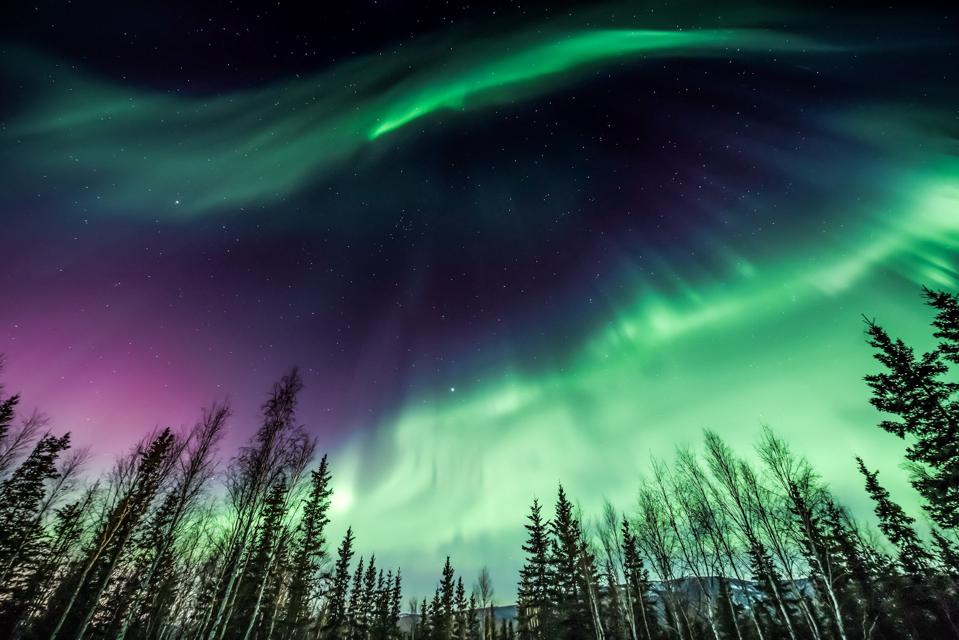 Located in interior Alaska, Fairbanks is one of the most easily accessed northern lights destinations for North American aurora chasers. Several airlines offer daily flights all winter long, making it easy to reach this destination throughout the optimal season.

Fairbanks is also a great destination for the northern lights as it has consistent cloud cover year-round – and in March almost half of all nights will be clear. While it’s best to plan at least two nights to try and see the northern lights, Fairbanks offers some of the best odds of getting a clear night no matter how long you have. 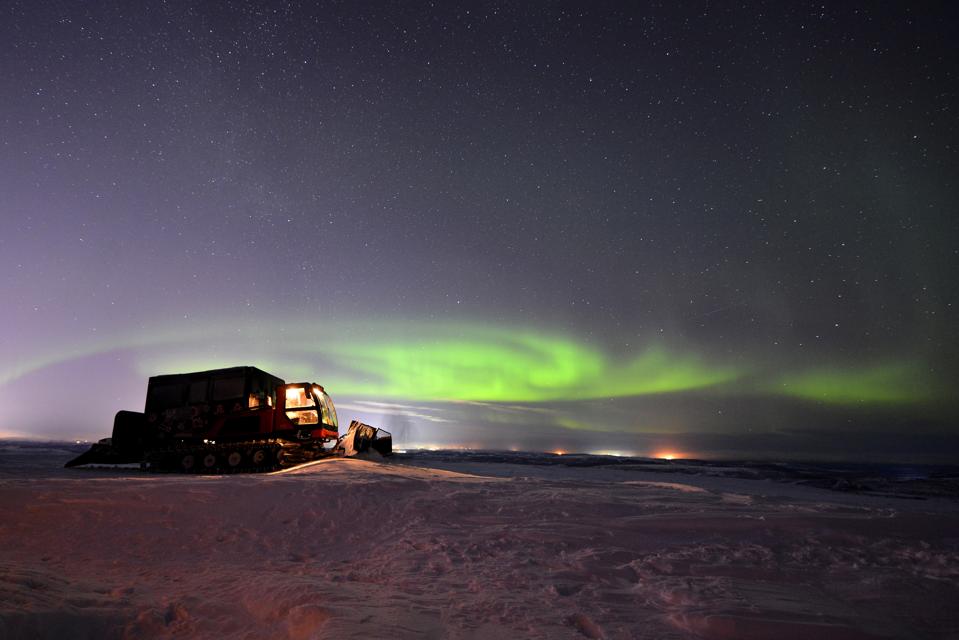 Located in northwest Russia, Murmansk and the surrounding region are often overlooked for neighboring Nordic countries like Finland, Sweden, and Norway. However it offers many of the same good factors that make this area ideal for trying to see the aurora. Specifically, Murmansk is at almost the same latitude as Tromsø, Norway.

In March, cloud cover gradually decreases over the course of the month, and temperatures slowly begin to rise. For the best chance of seeing the northern lights in Murmansk, plan a four-night trip – one out of every four days in March typically has clear skies.

If you miss the chance to see the northern lights before winter ends, plan ahead now: the next peak season for aurora is in September.