Breaking
Can You Settle Your Student Loans Or Negotiate...
How to Use Amazon Attribution For Ad Campaigns
How To Quickly Start And Scale Your Business
Terra Virtua: What NFTs Can Teach Us About...
5 Easy Steps To Prepare Content For E-A-T...
Physical Inactivity Linked To More Severe Covid-19 Infection...
The 2021 Estimated Tax Dilemma: What Tax-Return Pros...
Want To Digitally Transform Your Business? Start With...
How to Optimize Google My Business and Leverage...
Debunking Link Building Myths in 2021
How, When And Where You Can Gaze At...
SBA Opens $16.2 Billion Shuttered Venue Operators Grants...
What are the Essential Features of a Small...
Trends In Executive Recruiting That Will Help You...
The Growing Case For Banning Pesticides Linked To...
The Reopening High – But Long-Term Issues Cloud
Home Technology Where You Need To Be Exactly A Year From Today To See One Of The Greatest Total Solar Eclipses Ever
Technology 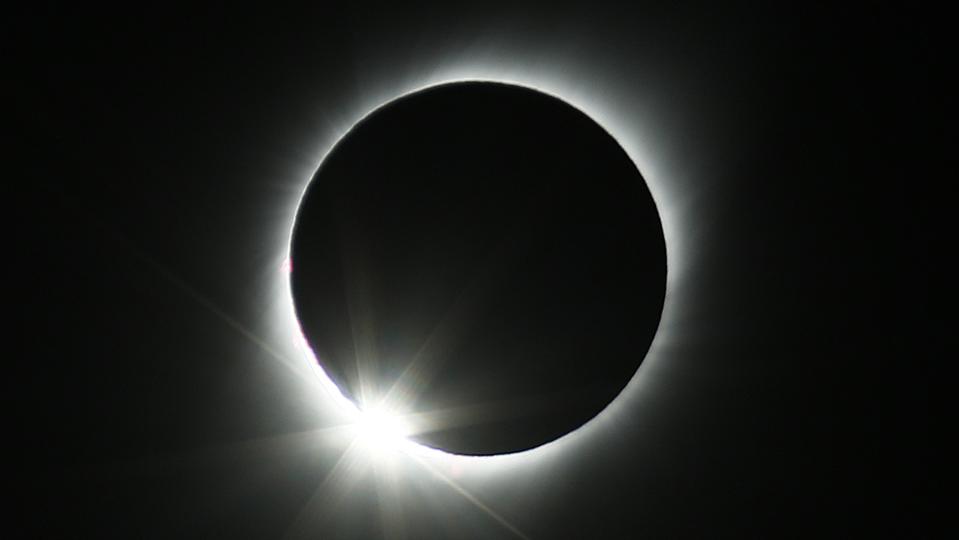 Remember the “Great American Eclipse” of 2017? It’s happening again, this time in South America for the second time in a row.

Exactly a year from today the next dramatic total solar eclipse—surely one of nature’s greatest spectacles—will happen when, on Monday, December 14, 2020, the Moon’s central shadow will take 24 minutes to cross Chile and Argentina.

Think a year is a long time? If you want to see this extra-special solar eclipse, you should start planning now. Many eclipse-chasers already have plans in place. It’s time to move on this.

Happening exactly 532 days after the last total solar eclipse on July 2, 2019—again in Chile and Argentina, though further north—this one promises to be pretty special.

Although the totality itself will “only” be 2 minutes 9 seconds maximum in South America (and in cruise ships plying its Atlantic and Pacific coasts), there’s an extra-special stargazing bonus for eclipse-chasers this time.

Since a total solar eclipse can only occur at New Moon, the night skies are always dark for a week before, and for a few days after. However, in 2020 there are two bonus reasons why its worth traveling to South America: 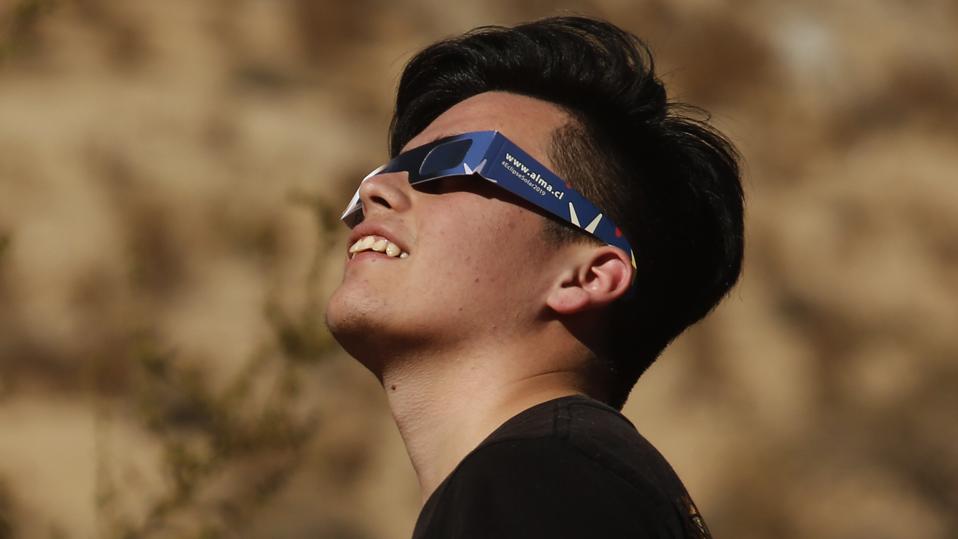 A young Chilean watches the sky with eclipse glasses prior to a total solar eclipse on July 2, 2019 … [+] in Paiguano, Chile. (Photo by Marcelo Hernandez/Getty Images)

If you need any more reasons to see witness totality, a sky full of shooting stars and a close planetary conjunction, here are three:

Where to watch the 2020 total solar eclipse

Totality will occur high in the sky—much like 2017’s “Great American Eclipse” did—across Chile’s beautiful Lake District and the highly active Villarrica Volcano and norther Patagonia in Argentina. Both areas offer prime spots to experience totality, though the chances of clear skies are better in Patagonia. 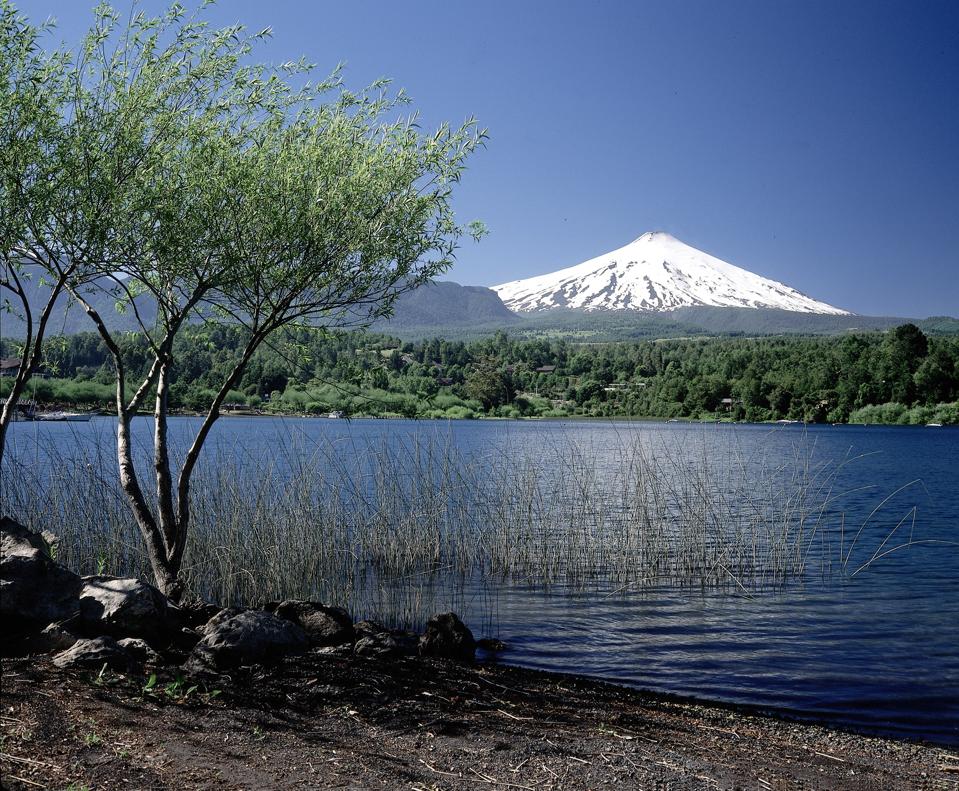 Pucon in Chile, with Villarica Volcano in the bacnground (Photo by Kanus/ullstein bild via Getty … [+] Images)

Where to watch the 2020 eclipse in Chile

A volcanic area of hot springs and hiking paths 470 miles/756 km south of Santiago, the leisure area of Pucón is one of the top choices. It’s dominated by lakes and popular for hiking, mountain biking, boating and rafting. However, there’s something for everyone here; at the resort town of Pucón on the eastern shore of Lake Villarrica there are casinos and, nearby, Total Solar Eclipse Festival 2020 Chile, a six-day dance festival.

Where to watch the 2020 eclipse in Argentina 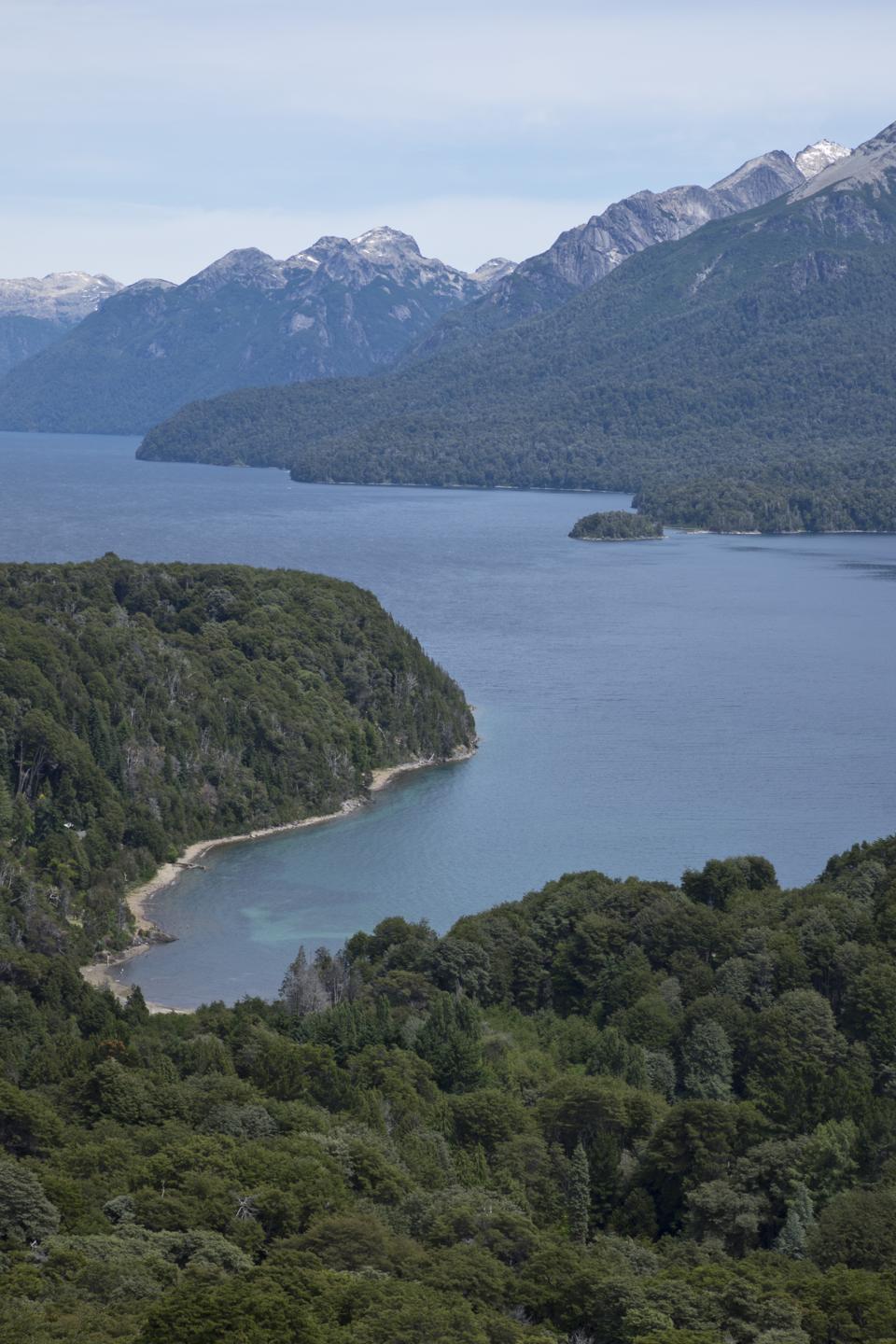 Nahuel Huapi in Bariloche, Argentina, whihc is south of the path of totality in 2020, and a good … [+] place to be based. (Photo by: Majority World/Universal Images Group via Getty Images)

Although there are numerous options in northwest Patagonia, perhaps the best is along National Route 237 which runs between Neuquén and San Carlos de Bariloche. The lathers a hub for tourists and eclipse tour groups, so independent travellers would be wise to base themselves in Neuquén. There’s also a Global Eclipse Patagonia Gathering festival planned for near to Las Coloradas off Highway 40. Meanwhile, those wanting to out-run possible clouds will find a long stretch of National Route 23 in northeast Patagonia that runs virtually parallel with the centerline of the path of totality, meaning you can’t accidentally drive too far north or south and miss totality.

Disclaimer: I am the editor of WhenIsTheNextEclipse.com and author of Total Solar Eclipse 2020: A travel and field guide to observing totality in Chile and Argentina on December 14, 2020

Expecting A Year-End Bonus Or Gift From Your Employer? Here’s What You Need To Know