Home Business Whether He Shows Or Not, Chiefs Were Wise To Claim Terrell Suggs
Business

Whether He Shows Or Not, Chiefs Were Wise To Claim Terrell Suggs 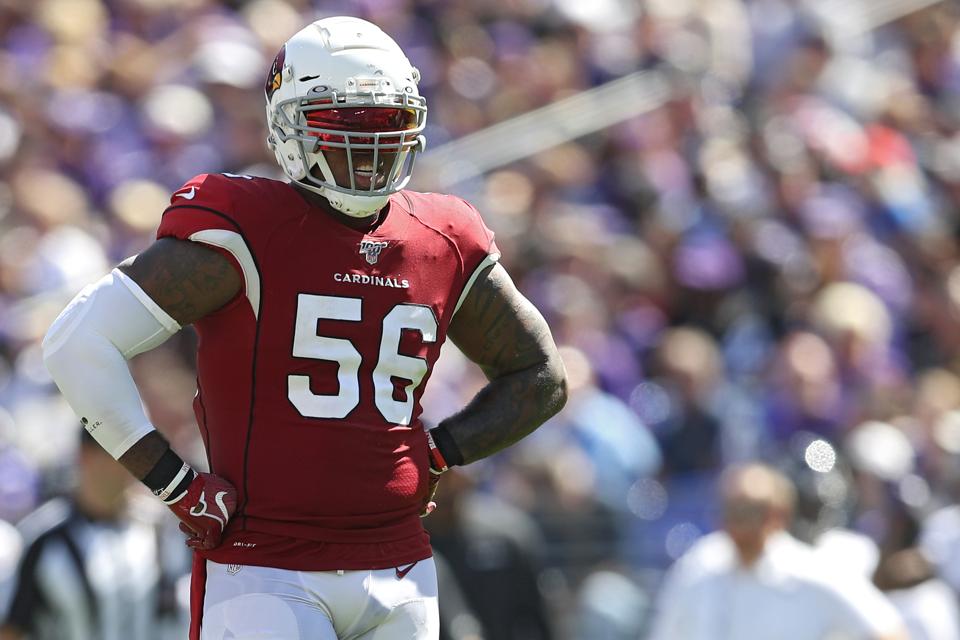 BALTIMORE, MARYLAND – SEPTEMBER 15: Outside linebacker Terrell Suggs #56 of the Arizona Cardinals … [+] looks on against the Baltimore Ravens during the second quarter at M&T Bank Stadium on September 15, 2019 in Baltimore, Maryland. (Photo by Patrick Smith/Getty Images)

Terrell Suggs may or may not be joining the Chiefs, but Kansas City was wise claim him either way.

The Chiefs picked up the pass-rusher on waivers Monday after he was released by the Cardinals on Friday. The parting of ways was described as a mutual decision by Arizona head coach Kliff Kingsbury.

Now, the Chiefs have themselves a future Hall of Famer. Well, at least his rights anyway.

Suggs spent the first 16 years of his decorated career with the Ravens. According to ESPN’s Adam Schefter, the 37-year-old was only considering reporting to Baltimore once he hit waivers. The Ravens, however, own the best record in the league, and therefore are last in line when it comes to waiver priority. In order for a reunion, every other contender would have had to ignore Suggs’ availability, and that wasn’t going to happen with Baltimore already among the favorites to win this year’s Super Bowl.

Kansas City could use Suggs’ services, especially after losing defensive end Alex Okafor to a torn pectoral muscle, according ESPN’s Josina Anderson. Okafor leaves a gaping hole in the Chiefs’ pass-rush, one that Suggs could help fill if he were willing to play for the team. Suggs is no longer the superstar he was during his Ravens days, but he did start in every game for the Cardinals this year, recording 5.5 sacks, four forced fumbles and 37 tackles while battling hamstring and back issues. Kansas City, another Super Bowl hopeful, won’t find help better than that this late in the season.

Whatever Suggs decides to, the Chiefs scored themselves a win on the waiver wire Monday.

$118 For Unlimited Airline Flights In Asia For...

Netflix’s ‘Lost In Space’ Is A Unique Family-Friendly(ish)...

Five Cities Where Jobs Will Be Hit Hardest...