Home Business Which Colleges Are Fulfilling The Promise Of Intergenerational Mobility?
Business 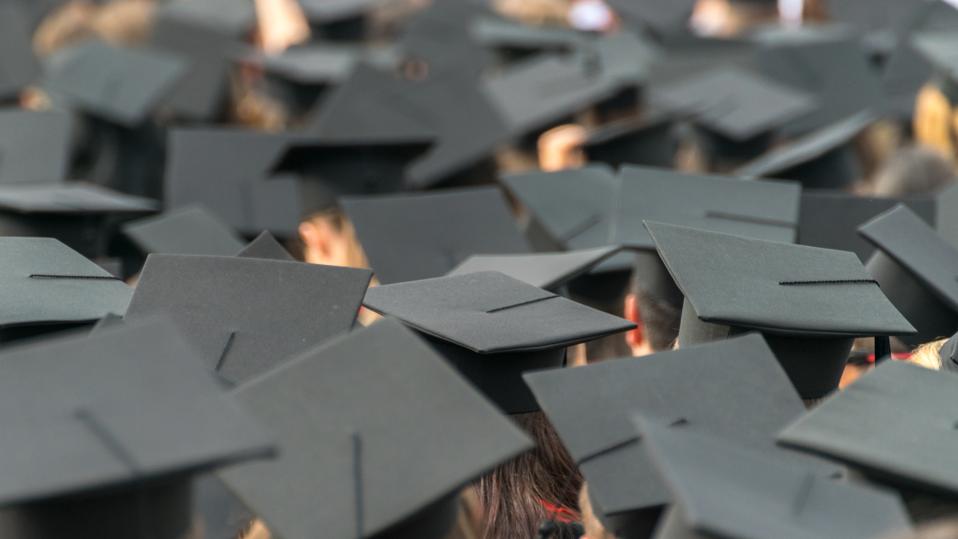 Most students attend college because they believe it will gain them access to good jobs that pay high salaries. For most students, this is a reasonable expectation: the typical bachelor’s degree holder out-earns high school graduates by 65%. But simply earning a college degree is not a guarantee of upward mobility, according to a new research paper by Jorge Klor de Alva and Cody Christensen. Rather, some schools are far better at moving students into the middle class and above than others.

The authors analyze 1,100 of America’s four-year colleges and universities and calculate a measure of upward mobility called the adjusted mobility rate (AMR). The AMR measures the percentage of students from low-income families (in the bottom 40% of the income distribution) who, as adults, enter the upper middle class or better (the top 40% of the income distribution). For all four-year colleges studied, the AMR is 52%, meaning that slightly more than half of lower-income college students reach upper income groups as adults. But the AMR ranges from as low as 22% at some schools to over 80% at others.

Clearly, some colleges are fulfilling the promises of higher education to a greater degree than others. Klor de Alva and Christensen next ask what characteristics of colleges and universities are correlated with a higher mobility rate. While no one factor is destiny, the results give us an idea of what sorts of schools are living up to their promises.

One of the most important factors correlated with mobility is the school’s graduation rate. If a student doesn’t finish college, she doesn’t get any of the labor market benefits of a degree. In a similar vein, the college’s selectivity is also associated with a higher AMR. Schools that are choosier about the applicants they accept can select for students who are more likely to both finish college and be successful in the labor market.

Other factors associated with AMR were more surprising. For instance, a school’s geographic location determines how well it moves its students up the economic ladder. Colleges in New England, the Mid-Atlantic region, and along the Pacific coast tend to have much higher mobility rates than other regions. The association between geography and AMR persists even after accounting for factors such as selectivity, so the fact that several elite schools are concentrated in these regions probably isn’t the explanation. One possibility is the physical proximity of colleges in these areas to lucrative labor markets in cities like New York, San Francisco, and Washington, DC.

Colleges with more resources, measured by core expenditures per student, tend to have higher mobility rates. However, this relationship disappears after the authors control for the schools’ demographic characteristics, selectivity, and geographical location. In fact, a statistically significant negative relationship between spending per student and mobility emerges after controlling for other factors. That doesn’t necessarily mean that colleges can simply cut spending and enjoy a boost in AMR, but it does raise questions about the efficacy of simply “throwing money” at the problem of socioeconomic mobility. At the very least, it matters how that money is spent.

After calculating the determinants of mobility, Klor de Alava and Christensen rank the schools doing the best at moving low-income students into higher income groups, relative to their expected performance given demographics, resources, and geography. Taking the top spot is Ursuline College, a private Catholic institution in Ohio. Historically a women’s college, Ursuline has a well-regarded undergraduate nursing program which likely contributes to its excellent mobility rate. Indeed, many schools with high mobility rates have plenty of students in high-return majors such as nursing, engineering, and business.

That may be the key. College boosts economic mobility because a college degree unlocks job opportunities. But degrees in some fields unlock more opportunities that others. An enormous body of evidence tells us that a nursing student is much more likely to land a well-paid job than someone who studies English literature. Choosing the right college is important for students who want to achieve upward mobility through higher education. But possibly just as important is the choice of what to study once they arrive on campus.