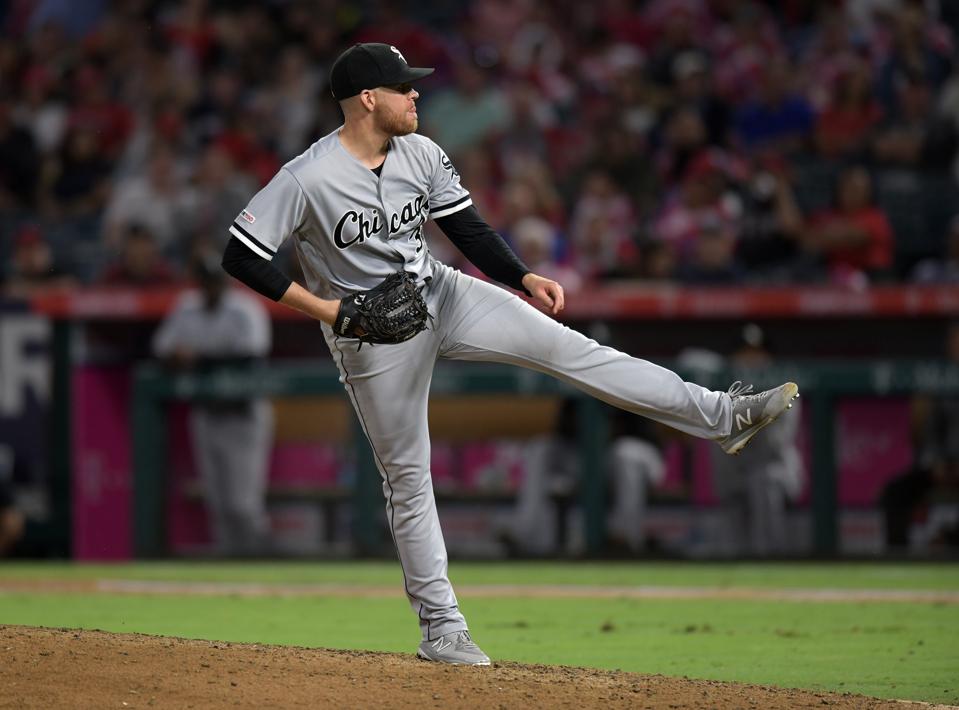 ANAHEIM, CA – AUGUST 16: Chicago White Sox pitcher Aaron Bummer (39) in action during the seventh … [+] inning of a game against the Los Angeles Angels played on August 16, 2019 at Angel Stadium of Anaheim in Anaheim, CA. (Photo by John Cordes/Icon Sportswire via Getty Images)

Bummer was a key part of the White Sox bullpen in 2019, making 58 appearances and earning 27 holds and one save. He had a 2.13 ERA and 0.99 WHIP, and he was one of the American League leaders in keeping inherited runners from scoring.

Last year was a season of career highs on offense for Garcia, who hit .279 over 140 games. He is a career .256 hitter otherwise. Garcia hit 27 doubles, three triples, and eight home runs in 2019 while recording 160 hits from the leadoff spot.

Both players hold important roles on a White Sox team that expects the 2020 season to be a successful one. Bummer was tied for sixth in the American League in holds while protecting Chicago leads for closer Alex Colome. Garcia has played every position on defense except catcher and first base, and until uber prospect Nick Madrigal is ready to take over at second base, Garcia is a likely candidate to man that position.

Along with these two deals, the White Sox announced Saturday that they had agreed to terms with 23 other players for 2020, putting all members of the 40-man roster under contract. The group notably includes pitchers Lucas Giolito, Michael Kopech, and Dylan Cease and batters Yoan Moncada and Zack Collins.

The White Sox Cactus League opener was canceled because of rain Saturday, but they will opening spring training games against the Cincinnati Reds on Sunday.

It’s Time For The Knicks To Call Up Ignas Brazdeikis