Breaking
ESBC Major Updates: Tons Of Heavyweight Greats Added...
How to Run Nonprofit Marketing Ads
Entrepreneurs Are Bringing Transparency To Home Buying And...
Best Incentive To Get Vaccinated: Money, Messaging, Or...
Page Level Query Analysis at Scale with Google...
How A CIO Can Align IT With Business...
Blogger of the Month: Jo, Girl Eats World
6 Things Women In Business Know That Men...
How to Use First-Party Data for Ad Personalization
Pressing Reset—Putting A Fallen Unicorn Back On Its...
How We Went Viral: Promoting Content with Influencers,...
Blame Olympic Record Price Tag For Return To...
Apple iOS 14.5 Release: Should You Upgrade?
How to Come up with Podcast Topics and...
Why Gaming Gear Company Razer Launched A $50...
Technical SEO Implementations to Increase the Impact of...
Home Business Who Is Tottenham And Chelsea Target Gerson? And Is He Worth $40m?
Business

Who Is Tottenham And Chelsea Target Gerson? And Is He Worth $40m? 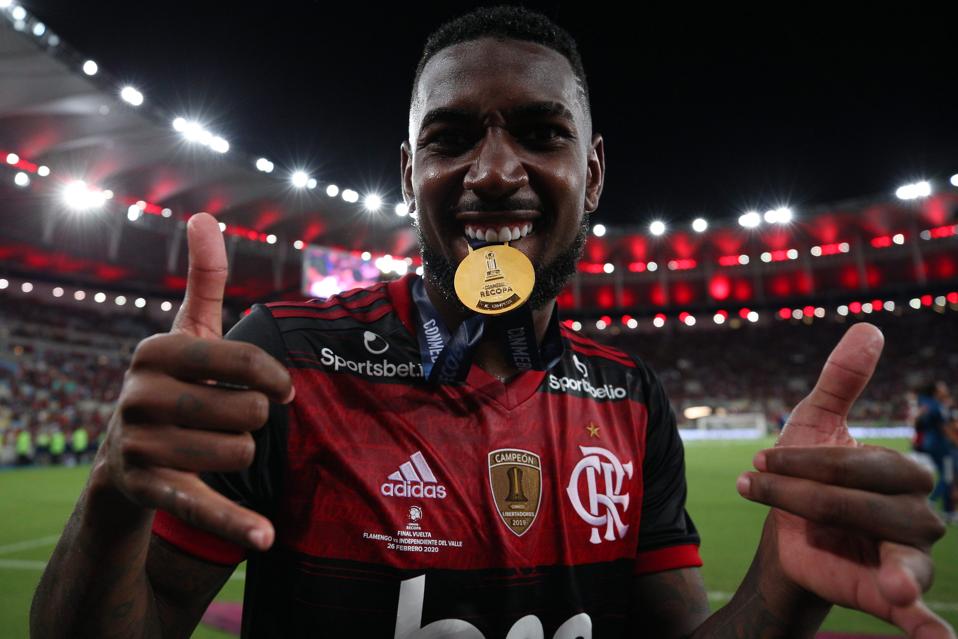 According to reports from Brazil, Tottenham Hotspur and Chelsea are ready to go head-to-head for the signature of Brazilian midfielder Gerson, who currently plays for Rio de Janeiro giant Flamengo. The story began last Friday with the news that Spurs had submitted a $20m bid for the player, which was confirmed on Sunday by sources inside the club. Now, Goal and Fox Sports have both claimed that Chelsea are preparing to double Tottenham’s offer, which would be in line with Flamengo’s valuation.

Flamengo directors would not countenance selling for $20m and Gerson is reportedly keen to stay in Brazil, where he was one of the standout players as Flamengo stormed to the Série A title and the Copa Libertadores in 2019. Likewise, his manager Jorge Jesus has stated his desire to keep him around.

Yet if Chelsea or Spurs is prepared to meet that $40m asking price, Flamengo would be forced to open discussions, against the Portuguese manager’s wishes. The club, despite its status as the richest in Brazil, has suffered heavy losses during the coronavirus outbreak and would see the sale as a perfect way to fill that financial hole. The Brazilian currency, the real, has crashed in recent months, adding another incentive to sell: once converted into reals a big transfer fee from a European club would cover Flamegno’s wage bill for months. 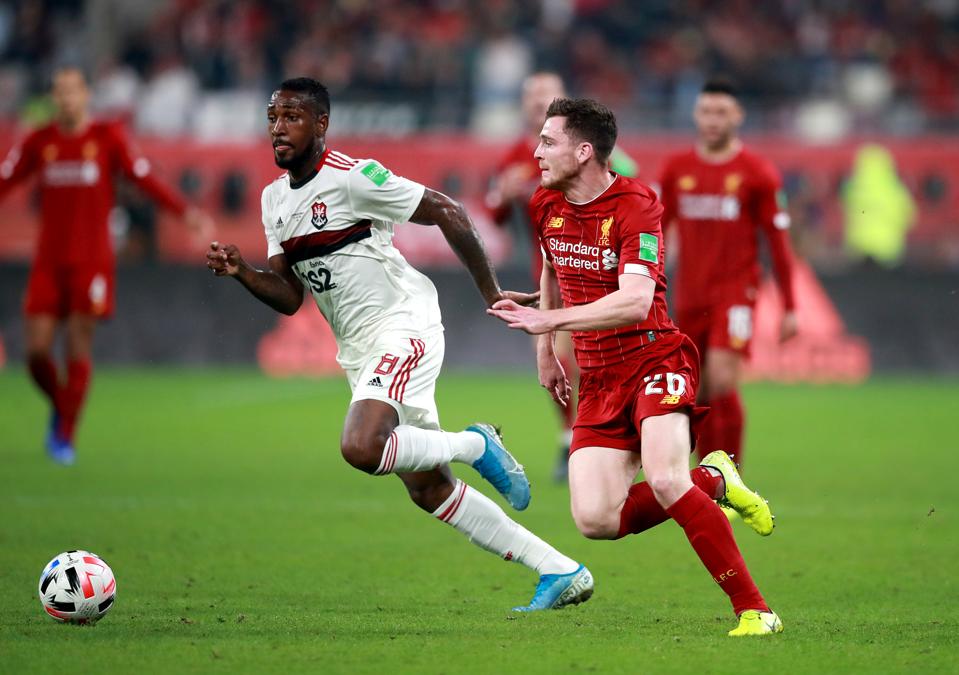 For fans of the two London clubs, that raises the question of whether Gerson, a relative unknown to Premier League PINC followers, would be worth such an investment. Chelsea has already spent big this year to bring in Timo Werner and Hakim Ziyech and Tottenham manager José Mourinho has openly stated that this summer’s transfer budget will be limited.

For Tottenham fans, bringing in a box-to-box midfielder from the reigning Copa Libertadores champion will give them cold chills. The last time they did so, Paulinho arrived in north London from Corinthians in the summer of 2013, only to leave 18 months later without too many happy memories of White Hart Lane. As that move proved, any signing from South America involves some risk and Gerson’s last experience in Europe – two seasons with Roma and one on loan at Fiorentina – was far from a rip-roaring success.

That said, Gerson has turned a corner since his return to Brazil, flourishing under the management of Jesus to the point where he is drawing admiring glances from Arsenal and Borussia Dortmund, as well as Chelsea and Spurs. So good was he at the end of 2019 and beginning of 2020 that many Brazilian pundits were calling for national team boss Tite to include him in his squad for the friendlies that should have taken place in March. 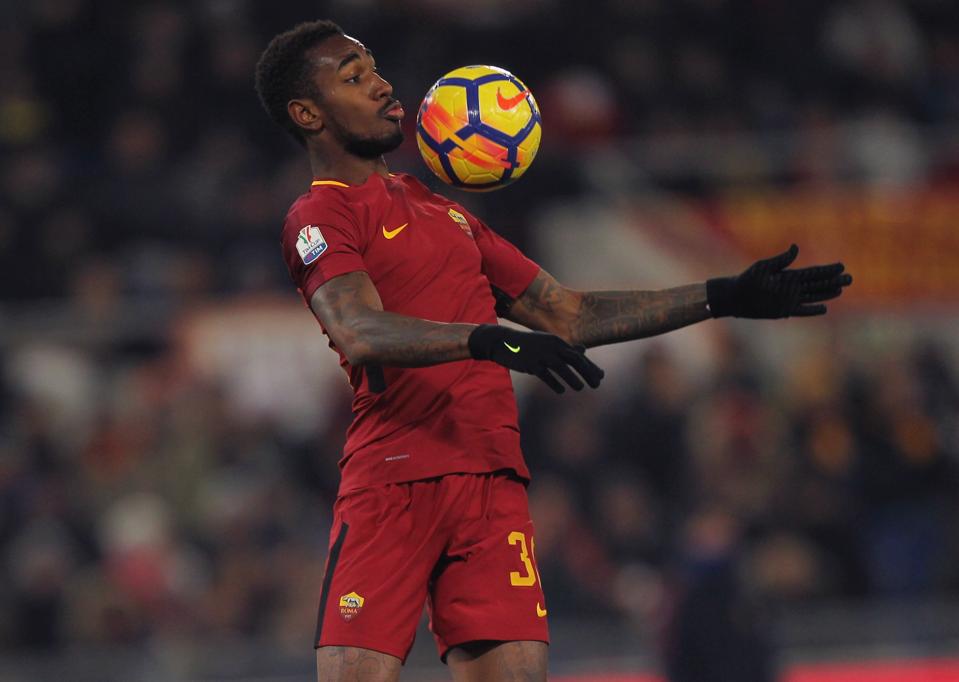 ROME, ITALY – DECEMBER 20: Gerson of AS Roma in action during the TIM Cup match between AS Roma and … [+] Torino FC at Olimpico Stadium on December 20, 2017 in Rome, Italy. (Photo by Paolo Bruno/Getty Images)

The 23-year-old former U20 international is a smooth, intelligent, left-footed midfielder capable of playing a box-to-box role in a midfield two, as he has done for Jesus’ team, as the player behind the striker in 4-2-3-1 or as a No.8 in a 4-3-3. He has a sharp eye for a pass and endeared himself to Flamengo fans last season by consistently threading balls through to Giorgian De Arrascaeta, Gabriel Barbosa and Bruno Henrique, the club’s prolific front men. Additionally, Gerson is comfortable taking on opposition players in central areas, a rare skill that sees him regularly draw fouls.

Under Jorge Jesus, Flamengo has played a free-flowing, attacking brand of soccer and often presses its opponents high up, trying to win back the ball in advanced areas. Gerson thrives in this system and particularly in his role of taking the ball from the more defensive central midfielder, Willian Arão, and distributing it to those running ahead. Given that skillset, he would appear more suited to Frank Lampard’s front-foot style of play at Chelsea than the more direct game of Mourinho’s Tottenham. 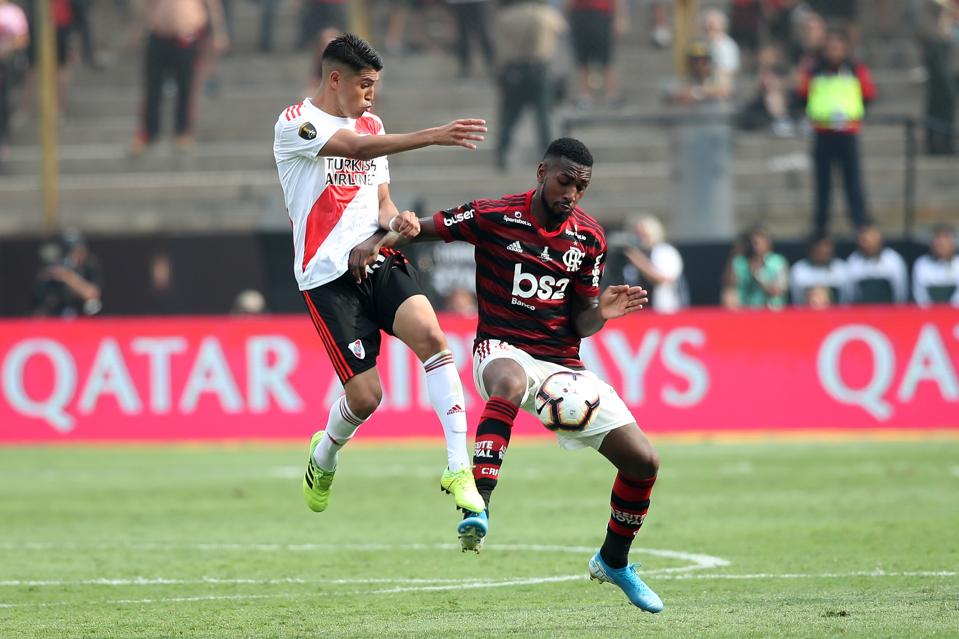 LIMA, PERU – NOVEMBER 23: Exequiel Palacios of River Plate fights for the ball with Gerson of … [+] Flamengo during the final match of Copa CONMEBOL Libertadores 2019 between Flamengo and River Plate at Estadio Monumental on November 23, 2019 in Lima, Peru. (Photo by Raul Sifuentes/Getty Images)

Even if he would seem to fit in well for the Blues, the move from Brazil to the Premier League would be a substantial step, both in terms of quality and the pace and physicality of the game. Gerson is relatively slight and struggled when faced with strong marking in the final of the Copa Libertadores against River Plate in November 2019. He was withdrawn after 70 minutes with his team 1-0 down.

In his defense, he had played a huge amount of football by that point in the year and the pitch was dry and uneven. At 23, there is also still time for Gerson to develop the combative side of his game, something he has already worked on with Jorge Jesus. But the match against River could be a warning to both Chelsea and Spurs.

His passing ability alone may be enough to tempt one of Europe’s elite to take a punt. But if they do, patience may be required.

15 Years On, Suda51’s ‘Killer7’ Remains The Craziest Game Of Its Generation