Breaking
The Impact of Internships in Marketing
3 use cases of chatbots for critical services
How To Make Working From Home Appeal To...
Tips on How to Design an Office Space...
4 Tips To Help Build Amazing Customer Relationships
How Are US Pension Funds Responding to the...
Benefits of second-hand cars for your business
4 Reasons Why Your App Needs To Undergo...
Your Guide to Online Marketing
How to find a Solicitor in London
5 car tyre and safety tips for a...
Everything You Need to Know About Corporate Social...
Is Adaptive Leadership the Key to Motivating Employees?
Why business events are set to return with...
Business events set to return with a bang!
Expanding Internationally: 5 Things to Consider for eCommerce...
Home Sport Who To Believe, Dana White Or Conor McGregor?
Sport 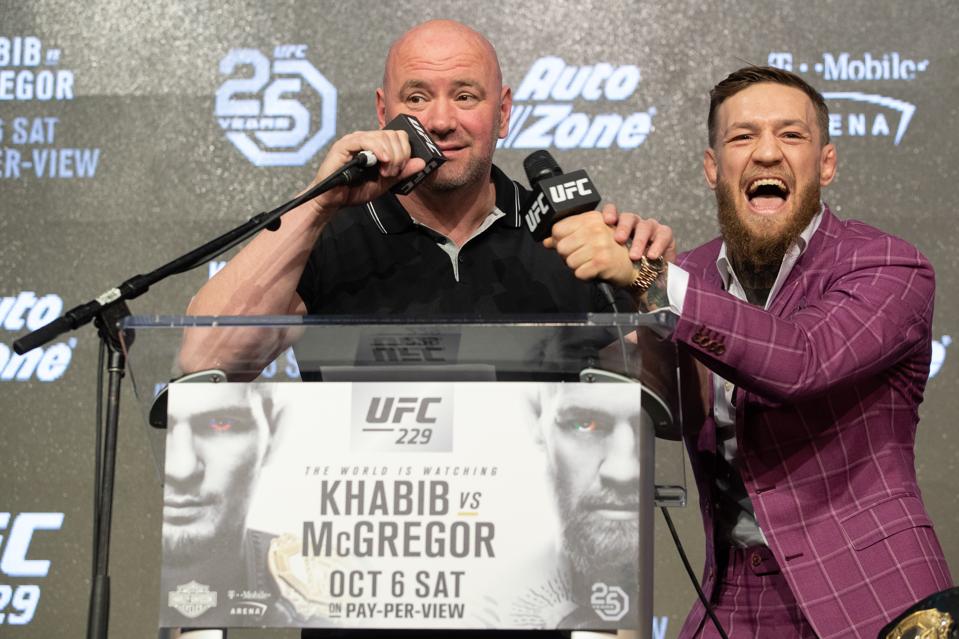 Someone is lying, but we don’t know if it’s Conor McGregor or UFC president Dana White.

In late October, McGregor jetted (privately I assume) to Moscow for a media event. During that trip, almost as an afterthought, the former two-division UFC champion announced that his return fight was planned for January 18, 2020. As far as an opponent, well, McGregor said he knew who it was, but if the media wanted that information, well, they would need to check with the UFC.

“So, that is my comeback fight, it’s 12 weeks this Saturday. I’m in prime physical condition, I’ve agreed the date with the company,” McGregor said. “As far as the opponent, I have the opponent’s name, but for me and the game that I’m in, and from experience, if I was to give you people the name – which I would love to do – I know the UFC would flip it because they are a crafty company. For me, here’s this one, ask the UFC who the opponent is because I do not give an (expletive) who the opponent is. January 18th…the return of ‘The Notorious’ Conor McGregor…twelve weeks this Saturday at the T-Mobile Arena in Las Vegas, Nevada.”

McGregor has not fought since lightweight champion Khabib Nurmagomedov submitted him in October 2018.

When Brett Okamoto of ESPN had the chance to ask White about McGregor’s claim, he did so.

“Yes, we are targeting that date for Conor’s return but no deals are even close to being signed,” White said.

“We’ve both agreed on that date and we’ve agreed on opponents. … A deal is imminent. I don’t see anything getting in the way,” Attar told Ariel Helwani.

Obviously, someone is lying here. If I were a betting man, I would put my money on White because he tipped his hand a bit.

“Yes, we will have a fight card in (Las Vegas), but we’ve got to get it done,” White said during an interview with “The Schmo.” “The fight is not done yet, you know? (McGregor) had a press conference and announced he was coming back, but no deals were done. No fights are done. No contracts have been signed. But yes, that’s what we’re looking to do.”

The main reason I believe the announcement has not been made regarding McGregor’s return is the fact that he is currently under investigation in Ireland for two sexual assaults, as reported by The New York Times.

If the UFC does book McGregor, who is the promotion’s biggest star, while he is under investigation for two sexual assaults, White and the UFC will be questioned on that decision by many media members.

However, I would not be shocked if the promotion made the announcement late on a Friday, during one of the upcoming UFC events or over the Thanksgiving holiday.