Breaking
Meet Onesimus, The Enslaved Man Who Saved Boston...
How to Build a Sales Forecast Model
The Unexpected Ways COVID-19 Has Forever Changed What...
Google Posts: Conversion Factor — Not Ranking Factor
How To Bring Your Branding To Life
Coinbase Cofounders And Investors Poised To Rake In...
How To Stay Top-of-Mind For Your Audience With...
Employers: Eight Red Flags You May Not Notice...
The benefits of videoing in the automotive industry
Ted Lasso, Other Apple TV+ Shows Arriving Soon...
How To Incorporate Click And Collect Into Your...
What Are Working Capital Loans and When Should...
The 10 Biggest Trends in Entrepreneurship to Look...
Clubhouse Has Grown 10X In Two Months. Here’s...
Here’s Why Tyson Foods Stock Looks Undervalued At...
How To Maintain Client Relationships During Long Projects
Home Technology Why A Lack of Interoperability In Healthcare Is A Detriment To Patients
Technology 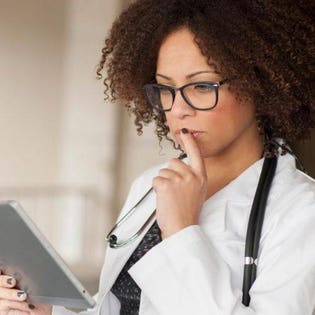 Recently, the CEO of Epic, the largest electronic health records (EHR) company in the U.S., urged all of Epic’s customers to oppose a new government proposal making it easier to share data between hospitals. Her stated reasoning? Concerns about patient privacy.

As the founder of Mint.com, I saw the same message from many in the banking system claiming that it was too risky to pull all of your savings, credit cards, loans and investment data into a third-party system. Instead, they wanted us to move all of our accounts to their single institutions for safekeeping. These big banks omitted the fact that it was possible to find better rates elsewhere and that once you became their customer, they would charge fees that were often difficult to understand.

Today’s healthcare system operates under the same ruse. Big EHR systems have little incentive for true nationwide interoperability. In part, they are listening to their customers. Most big health systems operate on razor-thin margins and falsely believe, just like banks, that the way to retain customers and improve profits is to hoard patient data.

From my experience, this lack of interoperability is extremely detrimental to patients. Today, more than half of the patients we see come through Vital’s emergency room software have zero historic medical information, and that’s true even if they were hospitalized last week at a competing health system a few miles down the road. This information deficit severely impacts patient safety and speed of care, and further, it increases overall system cost. Doctors are sometimes able to access data, but even now in 2020, it’s still often by phone or fax rather than electronically.

I believe part of the reticence around interoperability is due to the ancient technology most hospitals rely on. Both Epic and rival Cerner were founded in 1979. Epic is built at its core around MUMPS, a programming language that originated in 1966 — before we put a man on the moon. Both systems are largely locked to Windows desktop PCs. They are such complex beasts of legacy software, it would be costly to upgrade them to modern software interchange standards. And they know that.

I also find restricting access to patient data to be insultingly paternalistic. While you may want to hide certain psychiatric reports, I believe the raw data from X-rays and lab results should be available and portable nationally. I have better information on my car’s oil change from 2006 than I have on a surgery I had in 2013 to correct a deviated septum. That is all kinds of wrong.

Many of these big EHR systems might say they have patient portals where people can access their own data, but a bland webpage that shows you your monocytes are 0.1/dL is doing nothing for consumers. What I believe is needed is an API, free of charge, in every health product that consumers can permission any third party to use. At a minimum, a standard downloadable interchange format might suffice temporarily.

It’s the patients’ own data, and they ought to be able to do with it as they please. In fintech, the interoperability that Plaid and Yodlee provide and that big banks tacitly accept has allowed payment platforms like Venmo and TransferWise to flourish, large loan processors like Ellie Mae to validate financial details with less onerous documentation and startups like Mint and Credit Karma to give individuals better control over their personal finances.

Require EHRs and clinical practices to provide data interchange and portability, and the revolution we’ve seen in fintech will be replicated in healthcare with benefits to players big and small. I can’t think of an industry that could use it more.

The Results Are In: Board Gender Diversity Is As Important As Revenue Growth In Long-Term Value Creation