Breaking
NBA-Backed Saliva Coronavirus Test Gets Emergency FDA Authorization
The Amazing High-Yield REIT Strategy For 7.9% Dividends,...
How To Attract Candidates To Hard-To-Fill Positions
Trump: I’m ‘Ready’ To Take Action On Stimulus...
Apple iOS 13.6.1 Release: Should You Upgrade?
Non-PPP Loan Approvals Continue Slow But Steady Rebound
Here’s How To Stay One Step Ahead Of...
Microsoft Outlook Will Store Contacts’ Blood Group And...
How The US Department Of Health & Human...
Why Do Chinese Companies List Their Shares In...
Can You Get Covid-19 Coronavirus From Food? Frozen...
Winklevoss Twins Tell Bar Stool’s Dave Portnoy To...
How Democrats And Republicans Would Tackle The Enduring...
Berkshire Hathaway Doubles Down On Net Lease REIT,...
70% Of Americans: Ban Foreign Apps
This Week In Credit Card News: Pandemic Brings...
Home Business Why Brands Like McDonald’s And KFC Are Embracing Marketing Gimmicks
Business

Why Brands Like McDonald’s And KFC Are Embracing Marketing Gimmicks 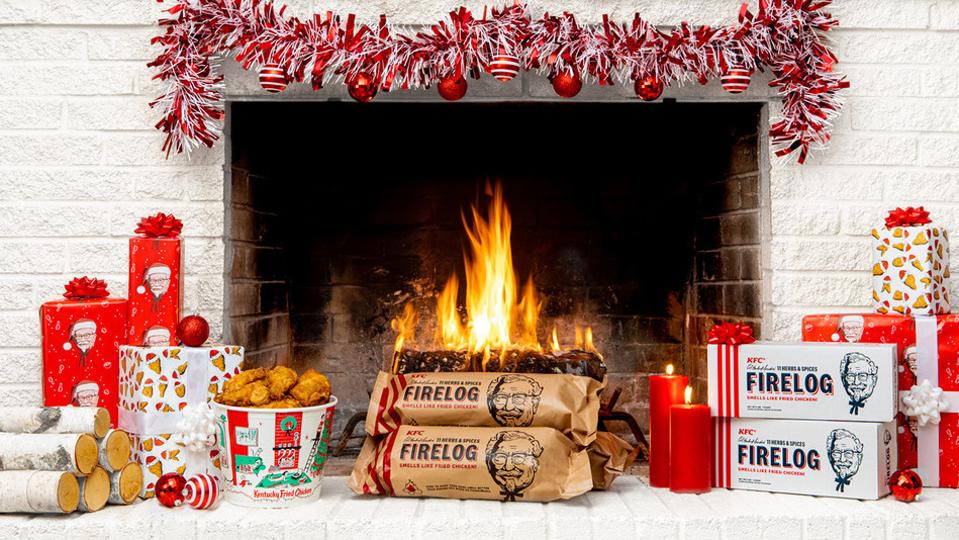 KFC’s fried chicken-scented fire log has sold out within hours for two years in a row.

McDonald’s launched a new line of candles last week that smell like its signature Quarter Pounder when burned in unison, and a lot of people have been talking about it.

Apparently, a lot of people have also been buying it, despite the $35 price tag. The product has already sold out and is listed as “out of stock” on the chain’s newly-created Golden Arches Unlimited merch site.

Don’t fret, however. They’re available on eBay for about $250. And yes, people are still buying them.

The candles are (were) part of that swag shop, which opened in December and also includes tote bags, a sesame seed umbrella, “World Famous Fries” socks and more.

If this type of marketing seems over-the-top gimmicky, then you’re probably not active on social media.

When McDonald’s first opened its store, Colin Mitchell, the chain’s senior VP of global marketing, told Ad Age that consumers in the “Instagram generation” wanted to put their fandom on display, and that the merchandise gives people the ability to be brand ambassadors.

“When that’s done right, you get a magnificently powerful advertising tool that transforms customers into brand evangelists,” Mitchell told the publication.

There’s also the power of scent marketing specifically. You see, smell is the strongest of our senses and is linked to parts of the brain that evoke memory and emotion (so say scientists). Likely because of this, the American Marketing Association reports that an attractive scent can entice customers to stay up to 44% longer in a business.

Why wouldn’t McDonald’s want to tap into that science with its signature Quarter Pounders?

But McDonald’s didn’t start this trend in the restaurant industry.

That credit likely goes to Burger King with its late 2008 launch of “Flame,” a men’s body spray that featured “a hint of flame-broiled meat.” It retailed for $3.99.

In 2010, White Castle introduced something a little closer to McDonald’s recent success–an onion-and-beef-scented Slider candle for $10. The promotion raised money for Autism Speaks and sold out both online (a big deal in 2010) and in stores.

Earlier this month, KFC announced the creation of KFC X Crocs Bucket Clogs (available this spring) that include Jibbitz embellishments that, you guessed it, smell like fried chicken.

“It all started with our fried chicken-scented sunscreen launch in 2016, which really kickstarted these PR stunts and the integration of our unmistakable KFC scent into some of them,” said Staci Rawls, KFC’s chief communications officer.

Like the Quarter Pounder candles, KFC’s promotions get people talking every time, and they sell out every time. Rawls attributes this to a social media-driven “rapid-sharing culture.”

“It’s created demand for consumers to want to engage in these brand ‘moments’ and has led to even more urgency for fans to want to be among the first to get it and post about it, ultimately leading to quick sellouts,” she said.

Still, the company was surprised when the first iteration of the KFC 11 Herbs and Spices fire logs sold out in three hours. KFC “dramatically increased” inventory for the 2019 holiday season, but sold out again in just over 24 hours.

And yes, there is more to these stunts than buzzy, “sold out” headlines and earned media impressions. It’s no coincidence, for example, that KFC’s sales have steadily increased since that marketing shift back in 2016.

“Ultimately it comes down to capturing audience attention and continuously building brand awareness, which we hope will translate to brand consideration and trial,” Rawls said. “We are always thinking about how KFC can show up in unexpected places and ways. Breaking through the clutter and reaching people–including new audiences–where they already are, and making memorable moments is our goal.”

One way KFC goes after those new audiences is through collaborations; for example its most recent Crocs promotion. Crocs, by the way, are making a major comeback thanks to teens who are into the company’s TikTok-and-celebrity-heavy marketing strategy. Rawls said it’s exciting to see how fans of their collaborative brand partners react.

“Ideally, we convert them into KFC fans,” she said. “If we do it right and stay authentic, our engagement with those audiences is better and we increase our chances of reaching new, even niche, groups of people.”

While teens are coveted because of their digital savviness, these types of campaigns also tap into the critical millennial demographic, which now claims the most spending power. And, according to GlobalData, 65% of millennial consumers actively buy products they see are trending on social media.

“Many fast-food chains use quirky positioning, or unique limited-time offers that tap into consumers’ fear of missing out. Such tactics demonstrate an obvious transition given the advent of social media and trending hashtags, which have encouraged companies to take a more hands on, and sometimes silly, approach to marketing. These days it’s all about relatability,” Bryan said in a release.

Though these types of campaigns fit the brand personalities of a KFC or a White Castle, McDonald’s foray into such a space shows just how popular they’ve become.

“We’ve certainly seen media gravitating toward these types of activations, not just from KFC, but from many other brands,” Rawls said.

That doesn’t mean KFC is concerned about losing one of its differentiators, however.

“When we can continue to integrate the iconic smell or taste of 11 herbs and spices into our marketing, we’ll continue to shine,” Rawls said. “It’s an added benefit that other brands are watching the success–and fun–we’ve had with these launches.”