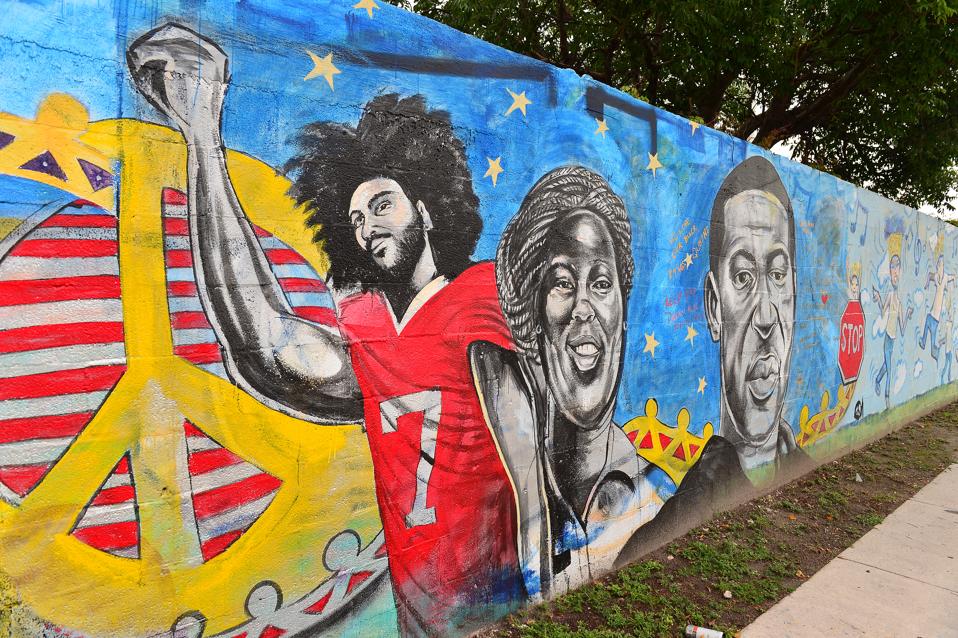 The Colin Kaepernick protest has been brought to the forefront following the murder of George Floyd … [+] and the NFL’s most-recent statement. (Photo by Johnny Louis/Getty Images)

The murder of George Floyd at the hands of a now-former Minneapolis police officer back on May 25 has brought to light police brutality and racial inequality in the United States.

This has obviously been on the front burner for several years with Black Lives Matter and other organizations attempting to enact the change that has been missing from the United States since its inception. The promise that everyone is created equal. It’s a promise that we as a nation has failed to live up to. It’s a promise that remains unfulfilled to this day.

From the lens of the sports world, the NFL has been in the forefront due to its mishandling of the Colin Kaepernick-led national anthem protests starting back in 2016. Kaepernick himself was blackballed from the league after initiating said protests that summer. This, despite the fact that he put up 18 total touchdowns and just four interceptions in his final season with the San Francisco 49ers.

Kaepernick himself was awarded an unknown amount of money after settling a lawsuit against the NFL and its teams, claiming a conspiracy to keep him out of the league. 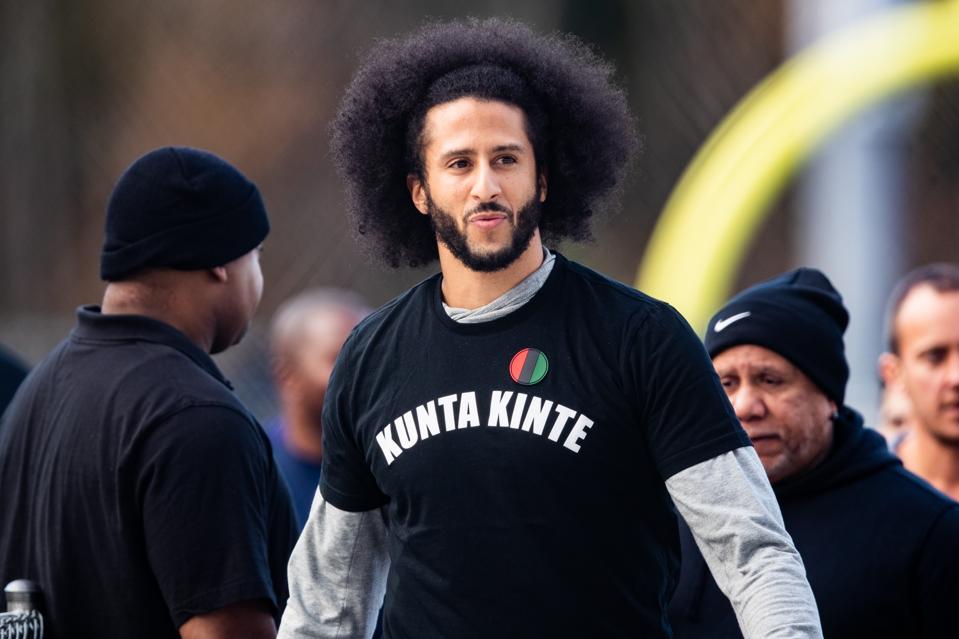 Years removed from starting these protests, Kaepernick finds himself at the center of the current protests against police brutality and race-based inequality. Those protesting the violent murder of Mr. Floyd are taking a knee in front of a law enforcement force that continues to be under a microscope due to its brutal response to the protests. As such, Kaepernick is now seen as a civil rights icon.

As for the NFL, commissioner Roger Goodell released a stunning statement on Friday admitting that the league was wrong in its handling of the Kaepernick-led protests. In addition to an admission of wrongdoing, the league is now supporting non-violent protests, the Black Lives Matter movement and has promised to change its ways. The statement itself was shocking in nature and could potentially pave a new path forward.

Though, one thing was obviously missing from the statement. Goodell failed to mention Kaepernick by name. It’s been pointed out on a never-ending loop since the release of the statement.

Legality could have played a role here. While Kaepernick and the league settled the collusion lawsuit early last year, it remains to be seen whether the former Super Bowl quarterback can take further action against the NFL. This could be a reason why Goodell failed to mention the former NFLer in his statement.

That theory is being floated about. However, the more likely scenario is that Goodell maintained his previous stance that Kaepernick is unemployed strictly for football reasons. 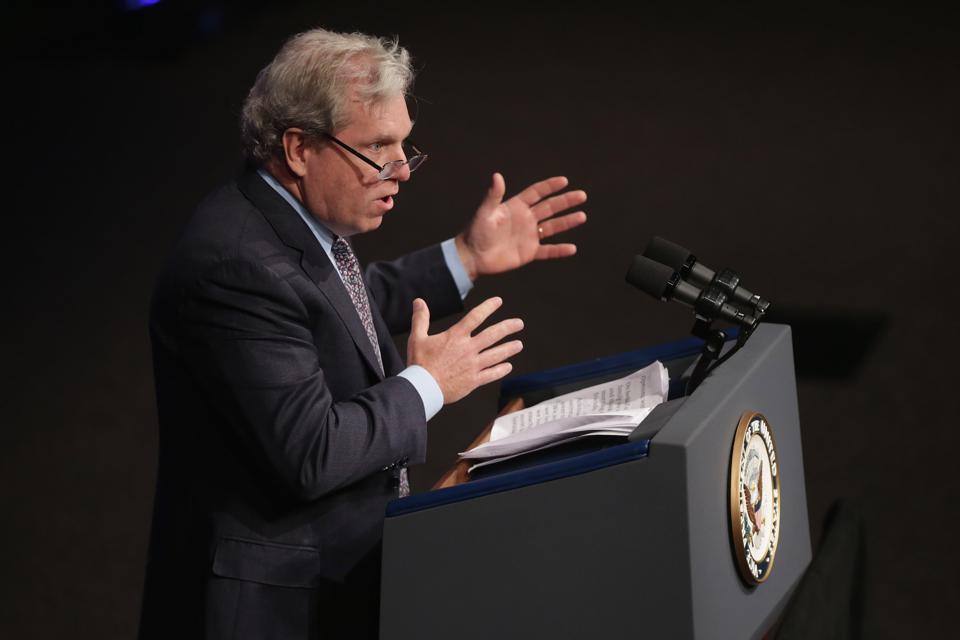 This came to light after former NFL executive Joe Lockhart released a column for CNN bashing the league for its handling of the Kaepernick situation and claiming the Minnesota Vikings should sign him.

“The situation in Minnesota right now offers a unique opportunity to deal with the symbols of racial injustice,” Lockhart wrote. “As a small but important step, the owners of the Minnesota Vikings, Zygi and Mark Wilf, can send a strong message by offering Colin Kaepernick a contract to play with the Vikings. Bring him into camp, treat him like any of the other players given a chance to play the game they love.”

The league responded in kind.

“Colin is a free agent,” NFL spokesperson Brian McCarthy said in a statement. “Clubs may sign him if they choose to do so.”

That’s been the company line over the past few years from the league. It’s a PR stunt that’s easy to see through. Given the number of lackluster quarterbacks employed by the NFL, there’s no legitimate football reason why Kaepernick remains unemployed.

The NFL has never been one to admit its mistakes. That’s what Friday’s statement was so shocking. Even then, it has rightfully been met with skepticism from the masses. Actions speak louder than words and the such. 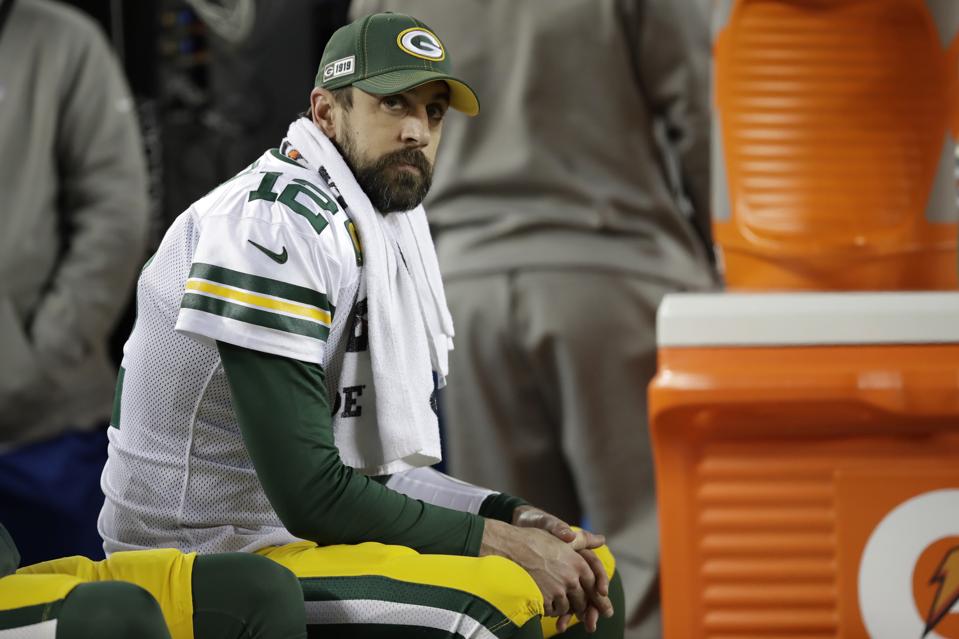 They also come after future Hall of Fame quarterback Drew Brees found himself in hot water by indicating that kneeling during the national anthem in protest is disrespectful. Rodgers himself called Brees out big time. Meanwhile, a highly divisive figure in that of President Trump decided to fan the flames of division by releasing a statement in support of Brees’ original stance.

This, after Brees himself issued multiple apologies.

See a theme here? It’s all political. Some are rightful in their support of respecting the flag while failing to realize that the anthem protest had nothing to do with the flag itself.

Sure the NFL finds itself in an awkward situation. People of all political stripes and ideologies are fans of the league. Goodell and Co. don’t want to divorce themselves from those right of the aisle and who support President Trump. That’s understandable.

It’s also one of the primary reasons the NFL has been less supportive than say the NBA for the right to protest police brutality and racial inequality. It’s a league that looks at its bottom line in how it reacts to the issues of the day. That’s been more apparent than ever under the iron-clad leadership of Mr. Goodell. 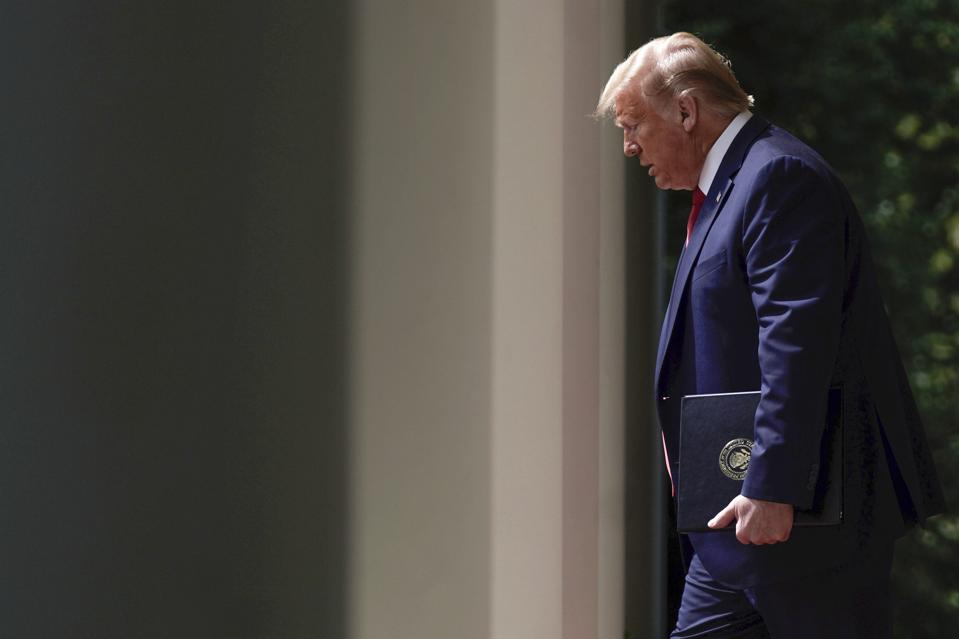 Could the broad lack of support for President Trump have played a role in the NFL’s statement? (AP … [+] Photo/Evan Vucci)

Some might believe that based on the league’s perception that PR is everything, Goodell should have mentioned Kaepernick by name and apologized to the free-agent quarterback. This is especially true after a number of high-profile NFL players released a video that spoke to racial inequality. It’s a video that burns within the consciousness of every American who supports the ongoing protests, black and white alike.

These players demanding a response from the NFL has led some to believe that Goodell’s statement was nothing more than a PR stunt. He pretty much heeded their call to support Black Lives Matter and those protesting against inequality. It makes sense to be skeptical of said statement.

But again, why did Goodell fail to mention Kaepernick by name? We might never have an answer to that.

It could have to do with how the former NFL quarterback has changed his tone from the belief of non-violent civil protest to something more revolutionary.

Kaepernick has called protesters who have been arrested around the nation “freedom fighters,” rhetoric that very much reminds us of those more activist figures during the initial civil rights movement decades ago. He’s not wrong in utilizing a different approach. However, the NFL might see it differently.

What we do know is that the league had in the past missed the entire point of said protests. Remember, it was a former United States Green Beret in that of Nate Boyer, who served six tours of duties in Afghanistan and Iraq, who initially proposed that Kaepernick kneel for the anthem. 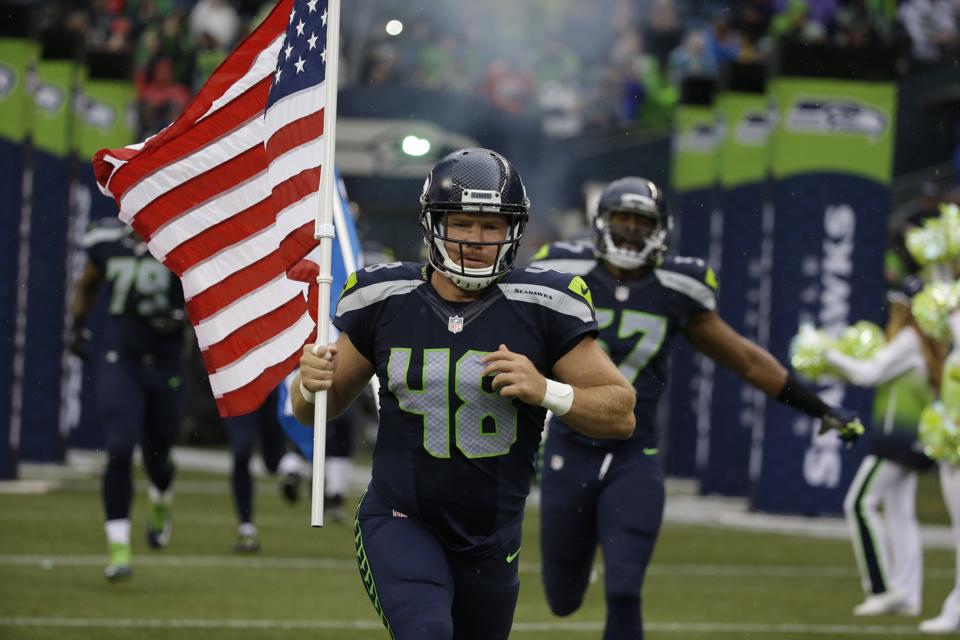 Boyer himself would like this to be known to the masses.

Actions speak louder than words. Those within the majority in the United States need to start listening rather than talking. These are two common themes during today’s unrest. The NFL has taken the first step in this process. Its words now need to be turned into actions.

The question proposed in the headline of this article likely will never be answered. That’s fine. But if Kaepernick remains unemployed once the 2020 NFL season starts in September, it will have been proven that Goodell’s words were nothing more than an attempt to appease the masses through a well thought out PR stunt. That’s the reality of the situation.

In 2020, The Future Of Audiobook/Podcast Synergy Still...

Building The New Age Of Professionalism In 2020...

Yes, You Can Train For Empathy In Customer...