Breaking
5 TikTok Growth Hacks You Need To Know
Zynga Stock Looks Attractive At $9
How Russian Thieves Use Dark Web To Get...
France Off Travel Corridors And FCO Exempt List
Ask Ethan: Why Are The Moon And Sun...
When To See The Moon And The Planets...
IRS-CI Involved In Largest-Ever Seizure Of Terrorist Organizations’...
The Check Really Is In The Mail. After...
Epic Games Vs Apple: Why You Won’t Be...
Senator Kamala Harris Proposed A Bold Tax Credit...
Deal Terms To Reduce The Risk When Buying...
Multiple Sclerosis Drug Shows Promise For HIV Prevention...
The Neglected Piece Of Retirement Planning
It’s No Longer A Viable Option For Capitalism...
Virtual Credit Cards: An Extra Layer Of Protection...
Lessons From The Rainforest: Human Health Leads To...
Home Finance Why Energy Retailers Could Benefit From Giving Power to the People
Finance

Why Energy Retailers Could Benefit From Giving Power to the People 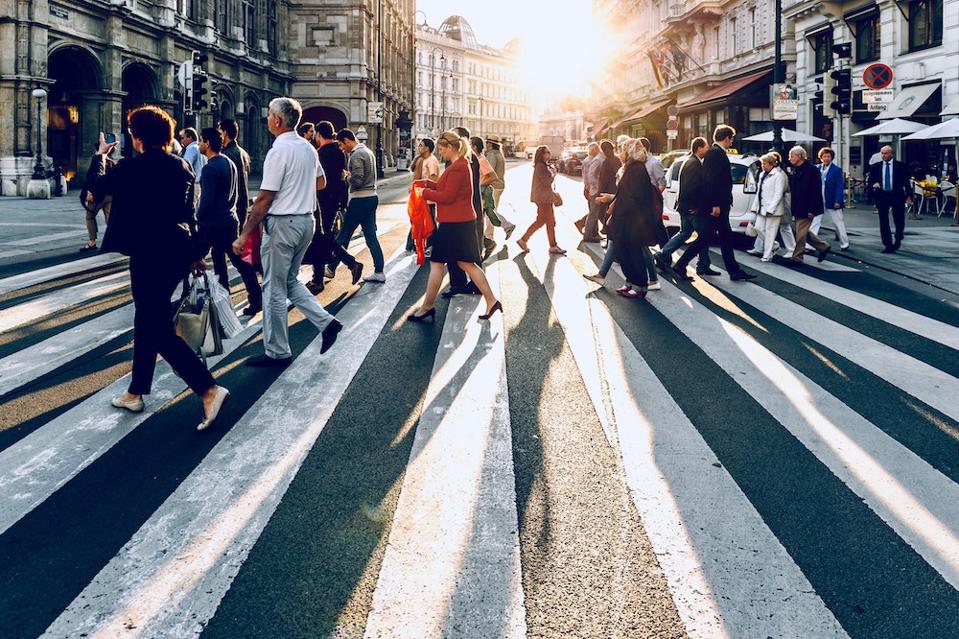 Australia is leading the way for energy market transformation, one where power, quite literally, lies increasingly with the people.

Better known in the 1960s as a slogan to champion cultural change, or as one of John Lennon’s famous song titles, ‘power to the people’ is set for a resurgence of a different kind.

In early November, the Australian Energy Market Commission (AEMC) made headlines when it said the country needed to prepare for a ‘completely new’ two-sided energy market, in which consumers are rewarded for buying and selling energy in real-time.

When it comes to accelerating the take up of renewable energy, the idea of a two-sided market could be the solution the world’s energy markets have been looking for.

This kind of market mechanism will undoubtedly encourage consumers to not only use renewable energy, but also encourage them to stay connected to the grid.

There is an upside for grid operators in facilitating the trading of energy and for consumers selling excess energy to their neighbors and the market.

This idea forms part of AEMC’s latest information paper, seeking to open discussions on how best to ‘harness digital disruption’ for the benefit of Australia’s energy consumers.

The AEMC’s latest announcements all point to one revolutionary concept that flips the energy market on its head; companies buying their product from their customers.

AEMC’s latest information paper follows the release of its report that called on electricity distribution networks to urgently rethink their system models.

Integrating distributed energy resources for the grid of the future was published as part of the AEMC’s 2019 economic regulatory framework review.

In a nutshell, AEMC’s key finding was that Aussies are actually big fans of distributed energy resources (DERs); particularly when electricity is generated from sources (often renewable) near the point of use instead of from power plants. The AEMC also said that network tariffs structures and investments need to contemplate this localized energy future. 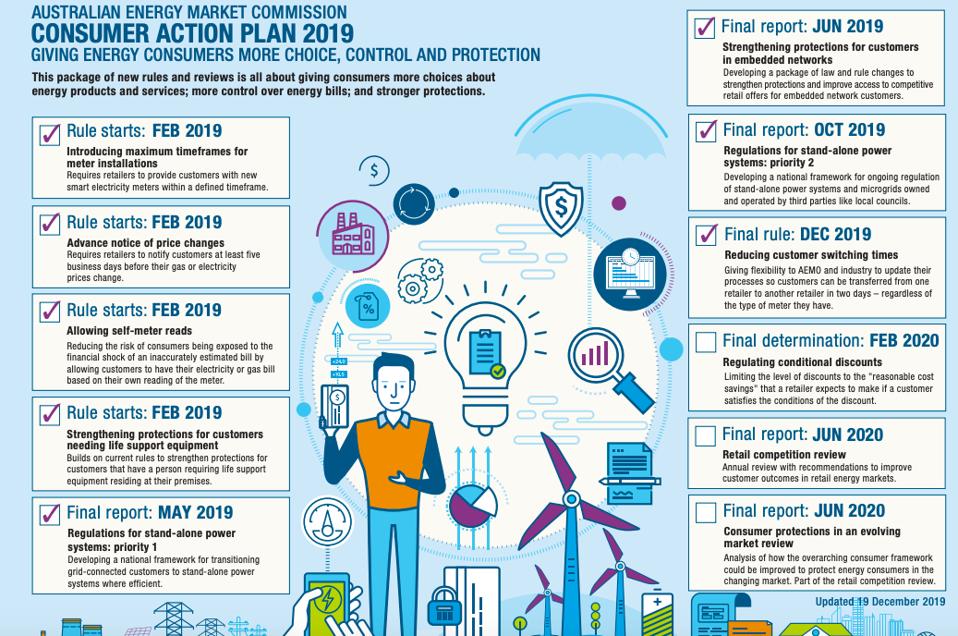 These include smaller energy generation units that are located on the customer side of the meter, such as power from solar panels or batteries.

So what’s stopping DERs from really taking off?

As AEMC chairman John Pierce put it; it’s the inability of the current power system to connect new technologies.

“We are already seeing more take up of distributed energy resources like batteries, electric vehicles and smart appliances. They can smooth peak demand on the grid and help stabilize the power system – making the most of all the energy in the system, wherever it’s produced or stored,” he said at the release of the report.

“A grid-enabled trading platform will open up a whole new world of opportunities for households and businesses – providing payments for services like frequency control and network support to make the power system stronger and enable higher levels of domestic demand response.”

Getting your customers to supply your product

Despite the increase in households’ uptake of rooftop solar, the failure to comprehensively introduce cost-and opportunity reflective, customer pricing for both electricity generation and network tariffs across the industry, has resulted in a system that does not work.

“Consumers are already doing their part and investing in their own rooftop energy generation but distribution networks are not moving quickly enough to realize the value of those investments,” Mr Pierce said.

The AEMC’s latest report lists some of the different ways it believes the world will need to interact with the electricity system for the future.

Suggested actions include households becoming less reliant on grid supply by generating electricity for community projects being supplied by a shared battery, in addition to households and businesses trading energy either to a retailer or through other platforms such as peer-to-peer trading.

There are some tough calls the industry needs to make – and fast.

It’ll take more than swapping out a coal power station with a solar panel or a wind farm to get the system right; we need supporting technologies and new marketplaces.

We could continue going down the same path, building expensive infrastructure, with a lot of those costs passed on to consumers. Or the industry could try something new.

The report says ‘the spread of rooftop solar has reached the point where a choice needs to be made between distribution networks spending billions on new substations, poles and wires to cope – or start delivering the grid of the future…’

But what does this ‘grid of the future’ look like?

The AEMC has said grids need to become transactional systems – at Power Ledger, we agree.

As Mr Pierce put it; “we need electricity networks to become trading platforms where consumers are the drivers of change.” 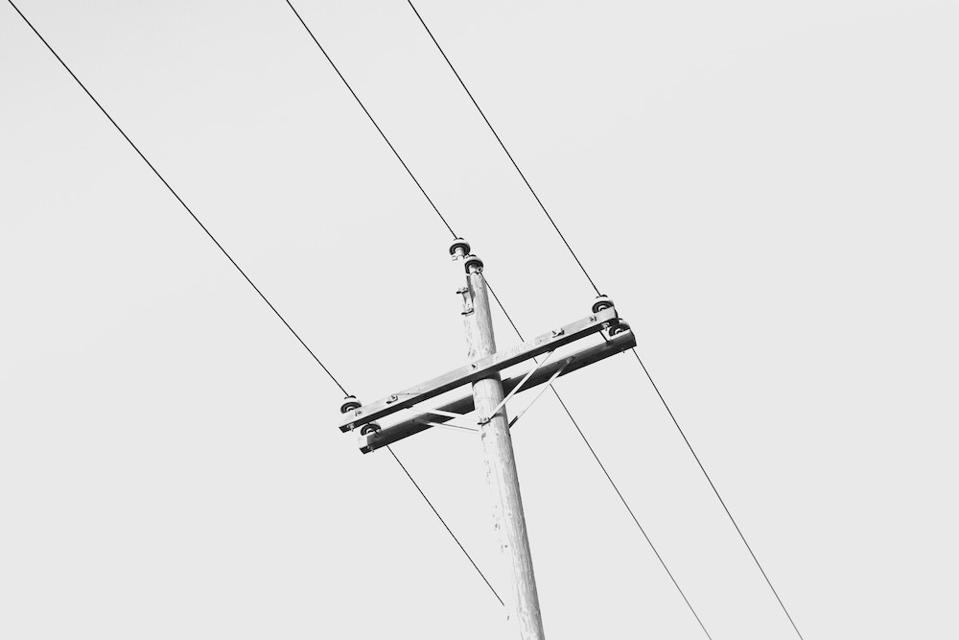 Evolution rather than revolution

Making this a reality could be blockchain technology, a decentralized digital ledger that is a low-cost market mechanism for trading electricity.

This kind of market can also be more efficient, characterized by real-time trading and faster settlement to accelerate significant market change and aid in the energy transition process with less negative consequences.

Blockchain technology could act as a catalyst for a faster transition to localized, resilient and low-carbon energy systems.

Coupled with network pricing for localized generation and consumption, these have the potential to reduce pressure on the network, bring down the cost of electricity and make it easier to manage the grid during peak demand.

End users, retailers and network operators alike can and should benefit from an efficient, transactional energy market.

It’s time for a green light

When will all this materialize? The AEMC is hoping sooner rather than later.

As part of the AEMC’s Consumer Action Plan, next year will see the finalization of regulatory conditions for the new energy marketplace as well as the introduction of a consumer protection framework.

These policies will ensure households entering the wholesale energy market are safeguarded against price manipulation and the threat of monopolies when playing ball against the bigger, established energy retailers.

As part of its broader review of the grid of the future, it’s recommended a regulatory sandbox toolkit to make it easier for businesses to develop and test innovative energy-specific technology and business models to help get innovative energy technologies and trials up off the ground faster.

The AEMC has proposed three new sandbox tools to facilitate this, including a new regulatory ‘waiver power’ for the Australian Energy Regulator (AER), so they can ‘temporarily exempt trials from existing rules where this is creating a barrier’.

There are many trials already underway, including many of our own across Australia, however the AEMC is hoping these new tools will get more trials up and make the trial processes quicker and easier.

Australia has made a start to providing a framework for a new energy model, one that can be replicated globally.

As John Lennon once famously sang; ‘get on your feet and into the street’.

The more people that demand change, the quicker the market will change the shape of the energy market.

Ultimately, the power lies with the people.

Study Shows How Pollution, Climate Change Could Make Us Dumber

‘Dragon Quest: The Adventure of Dai’ Has A New Anime And Game On The Way