Breaking
Boston Globe Starting “Fresh Start” Initiative As Part...
Can Money Protect You From Covid-19? It May...
The Most Important Voice In Artificial Intelligence: Frontline...
Amazon’s Small Business Empowerment Team Is Helping Entrepreneurs...
10 Ways For Entrepreneurs To Power Through Tough...
Will The Cloud Take Down The Mainframe?
How Itamar Medical Stock Could Triple
How To Cash In On Biden’s Stimulus With...
The Refactoring X-Factor Behind Software Modernization
3 Habits Of Millionaires
Will The Stock Market Sell Off As Biden...
Microsoft Reverses Xbox Live Gold Price Increase Following...
Weekend Favs January 23
FDA Approves First Monthly Injections To Treat HIV
Low Volatility Investing Works In China Too
How 2020 Introduced Big Technology Startup Opportunities
Home Business Why Hosting F1 Races Without Spectators Could Drive Teams To The Brink
Business 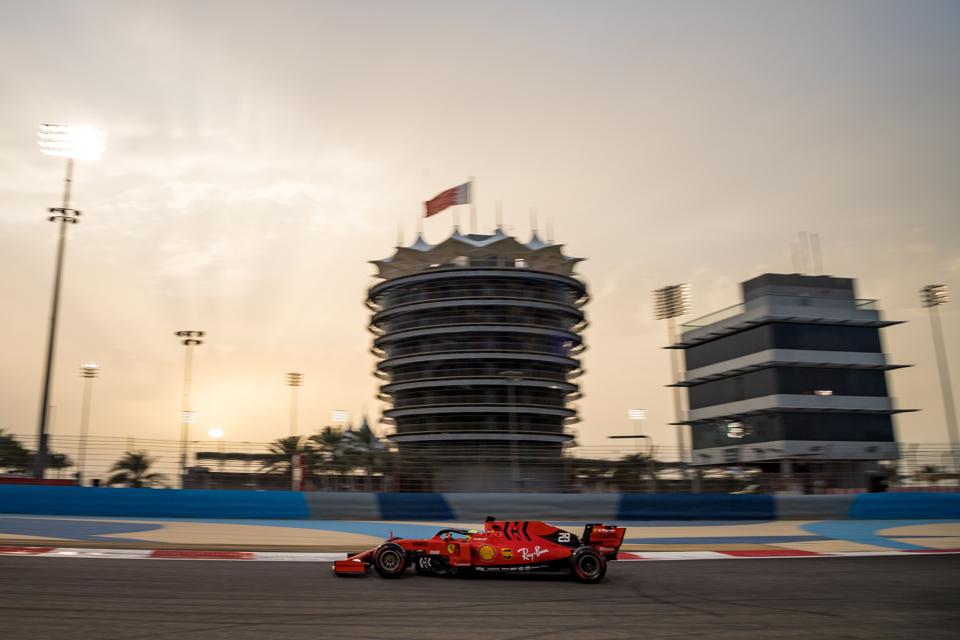 Yesterday the world of Formula One auto racing was rocked by an extraordinary announcement. The organizers of next weekend’s Bahrain Grand Prix unexpectedly revealed that in order to prevent the spread of the coronavirus, they will hold the race without spectators. It is the first time in F1’s 70-year history that any race has taken place behind closed doors and it may be the last.

Formula One, perhaps more than any other sport, is under threat from the coronavirus. The auto racing series makes money from events which take place all over the world more than 20 times in an eight month period. An increasing number of countries are putting roadblocks in the way of mass gatherings like these in a bid to contain the deadly disease so F1 is having to come up with ways to swerve around them.

Since emerging in China late last year the coronavirus has infected 110,108 people in 109 countries and caused 3,831 deaths. Italy is third on the list of infections and in just the past week alone stringent restictions have been placed on travelers from the country. As we revealed, authorities in Vietnam announced last week that anyone from Italy will need to be quarantined for 14 days before entering the country and the same measure was introduced in Bahrain soon afterwards.

The restrictions sent F1 into a spin as its most famous team, Ferrari, as well as its tire supplier Pirelli are both based in Italy. It is a pressing matter as Bahrain and Vietnam are set to host the second and third races of the season respectively after this weekend’s curtain-raiser in Australia which has decided not to quarantine passengers from Italy.

As the Bahrain Grand Prix follows Australia it became the immediate focus of F1’s attention. Authorities in Bahrain agreed to introduce a process which exempts F1 personnel from the restriction. Instead of being quarantined, they will be screened on arrival and allowed to enter provided that they are free of the virus. There were more twists and turns to come.

To ensure that personnel don’t pick up the virus in a country on their way from Australia to Bahrain, F1 has chartered a plane which will fly there directly without anyone leaving during any refueling stopover. Few commercial carriers run that route non-stop and if F1 personnel changed planes on the way there’s a chance they could be quarantined in that country.

Chartering a plane veers around this hurdle but F1 still doesn’t have clear sky ahead of it. This is because it will have to make similar plans to guarantee that the Vietnam Grand Prix takes place on April 5. These maneuvers don’t seem to have been finalized as a Pirelli spokesman recently told the BBC that it hasn’t been informed about them.

“So far, we follow the indications given by F1. So far, these only underline that in Australia and in Bahrain we Italians (plus other nationalities) will face a medical check once landed there. For Vietnam we don’t have any indication yet, except that the GP will be held as planned and it will be with us.” 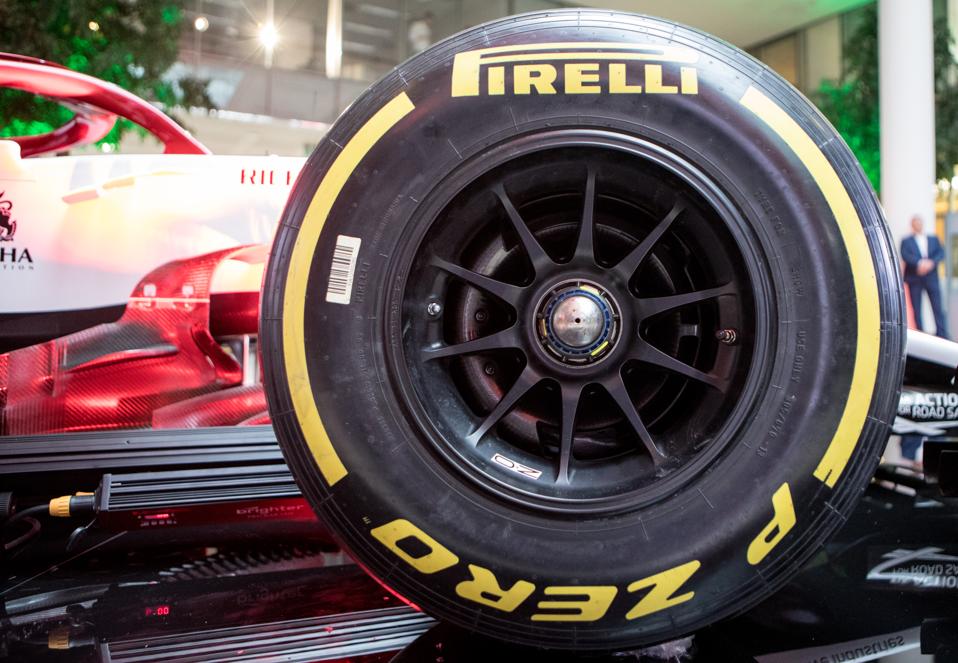 No tires, no race (Foto Olimpik/NurPhoto via Getty Images)

An even greater roadblock is in the way of the Chinese Grand Prix which is meant to take place two weeks after Vietnam. The race in Shanghai was postponed last month and it is widely believed that F1 won’t be able to reschedule it due to its tightly-packed calendar and the lack of visibility of when the coronavirus will turn the corner in China.

If the race doesn’t take place, F1’s fees from broadcasters wouldn’t reverse but the lucrative hosting fee it receives from the organizers would be jeopardized as we recently revealed in British newspaper City A.M. Even if the race somehow gets back on track, F1 could still be in for a bumpy ride.

On Saturday Italy’s government unexpectedly announced that it would immediately quarantine 16 million people in 15 provinces for almost four weeks. The restricted zone includes Ferrari’s headquarters but the team told local media that it had sent equipment to Australia early and expected to be at this weekend’s race regardless. However, in addition to the quarantine, all sporting events in Italy will take place without fans until at least April 3 and France has banned ones involving more than 1,000 people. Both countries are home to F1 races and others could follow suit.

Under Britain’s Civil Contingencies Act, the government can close schools, shut down public transport and stop mass gatherings to protect the public. Likewise, in the US, Dr. Nancy Messonnier, director of the CDC’s National Center for Immunization and Respiratory Diseases, recently told reporters that cities may have to “modify, postpone or cancel mass gatherings.”

Last year, F1’s total attendance came to 4.2 million giving an average of 198,330 spectators at each of its 21 races. If a government is forced to ban mass gatherings in the run up to its Grand Prix it would seem to be the end of the road for its race. Or would it?

Last month Europa League soccer held its first match behind closed doors when Inter Milan played Bulgarian side Ludogorets in an empty San Siro, one of Italy’s largest stadiums. It fueled talk that F1 could be next and it didn’t take long to get to the finish line.

Yesterday’s announcement about the Bahrain Grand Prix sent sparks flying throughout the F1 industry. The race organizer used its social media channels to announce that spectators had been banned but remarkably F1 itself has still not made any mention of it on its Twitter, Facebook or Instagram pages. Crucially, F1 hasn’t even put up a notice about it on its official website which was selling tickets to the race but now claims they are all “sold out”. It left fans fuming.

One Tweeted to F1 “You have posted 4 stories on here today but nothing about the tens of thousands of loyal fans who’ve seen that they can’t attend the Bahrain Grand Prix. No email to confirm either.” It was echoed by someone else who asked “are you going to refund people’s money for the Bahrain Grand Prix?”

Another suggested that F1 doesn’t want “bad press” from exposing spectators to coronavirus but what about “exposing drivers, crews, media?” It wasn’t lost on many of the leading lights of F1 broadcasting who were left wondering why it is considered acceptable for media to attend the race and work in the paddock but too dangerous for spectators. 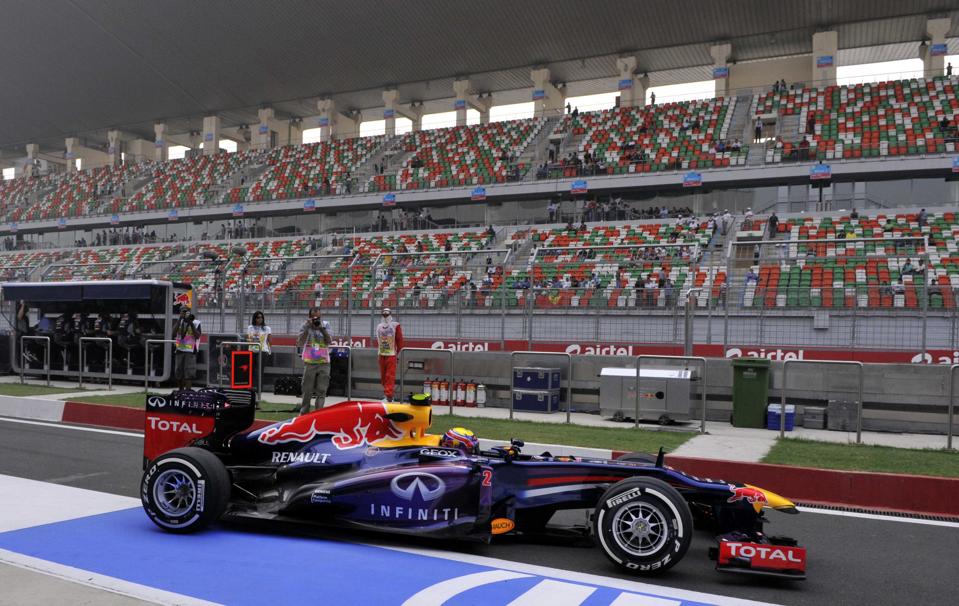 The BBC’s acclaimed F1 radio presenter Jennie Gow said “I love my job and so do all the paddock people I know but #F1 is a mass event, regardless of fans. Thousands travel the world to put on the show. I know many who feel worried about the season starting with little regard for their well being.”

Likewise, rising star Ben Constanduros said “is F1 now responsible for choosing to place all these people together? The communal paddock is so large and multi-national.” Will Esler, a talented sports reporter at Sky News Radio added that “even in times or normality things always spread so quickly through the paddock as everyone is always together, mixing and on the same flights, same hotels.”

The circumstances may never be repeated again thanks to F1’s Byzantine business model. Unlike the hosts of many other sports events, Grand Prix organizers generally don’t receive a cut of the revenue from broadcasting the races or even advertising around the tracks. Instead, these revenues race in the direction of F1 itself which is owned by Liberty Media and listed on the Nasdaq with the ticker FWONK.

This usually leaves race organizers with just the income from ticket sales to fund their running costs whilst the local government gives them enough money to cover the hosting fee which is also paid to F1. The races promote the host countries to a television audience of 471 million spectators so the hosting fees are appropriately high-octane. They came to an average of $28.7 million per race last year giving a total of $602.1 million. It is F1’s second-biggest revenue stream and represents 60% of its $1 billion prize money payment to the ten teams which is its single biggest cost.

The prize money is a share of F1’s profits so the lower its revenue from hosting fees, the less the teams receive. Prize money generates around 35% of a typical team’s revenue but this rises to well over 50% for the minnows. They would be at most risk if the prize money reverses which is exactly what could happen if races take place behind closed doors.

No spectators means no ticket sales so the race organizers would have to use the government funding to cover their running costs. If they didn’t do this, the organizers themselves could crash into Chapter 11 bankruptcy which is far from theoretical as around 80% of them are privately-owned. The Bahrain Grand Prix organizer is one of the few which is owned by the government and a very deep-pocketed one at that. It can easily afford to cover the running costs and pay the hosting fee to F1 but many of its counterparts wouldn’t have enough in the tank.

If the race organizers use the government funding to cover their running costs, they wouldn’t have enough left to pay the hosting fees to F1 and in turn the prize money received by the teams would crash. In short, it would be financially no different to the race not actually taking place.

It would be a slippery slope as the weaker the teams become, the greater the threat to F1 itself and the harder it would be to host races even if they have no spectators. For that reason alone it’s hard to see how any more will get the green light.

If Tim Cook Won’t Tell The World How The Apple Card Is Doing, I Will

Organic Baby Food Startup To Expand Its Reach With $2M Round