Breaking
How To Get Your Startup Business Off The...
How To Create A COVID Safe Construction Site
How to Make a Good First Impression at...
3 Lucrative Hidden Benefits Of Podcasting
Your Stargazing Guide To Fall: One ‘Halloween Blue...
Mnuchin: White House Still Supports Direct Payments For...
How To Retain Your First Startup Product Users
China Shipments To The U.S. Are 7 Times...
Reviewing ‘The iPhone Of Air Conditioners’
The 8 Best CRO Companies of 2020
AARP BrandVoice: The Doctor Will See You Now,...
ThoughtSpot’s New Cloud-Based Tool Aims At Boosting Growth...
10 Ways Service-Based Businesses Can Generate Positive Word-Of-Mouth...
A Customer-Centric Culture Starts By Embracing This One...
Report: Struggling Black-Owned Businesses Need More Government Grants
Microsoft Races Ahead On RPA (Robotic Process Automation)
Why The Fed’s Outlook Paints A Sobering Picture...
As The End Of 2020 Approaches, The Cybersecurity...
Do Businesses Have A Role In Solving Poverty...
Home Finance Why I’m Angry About The SECURE Act
Finance 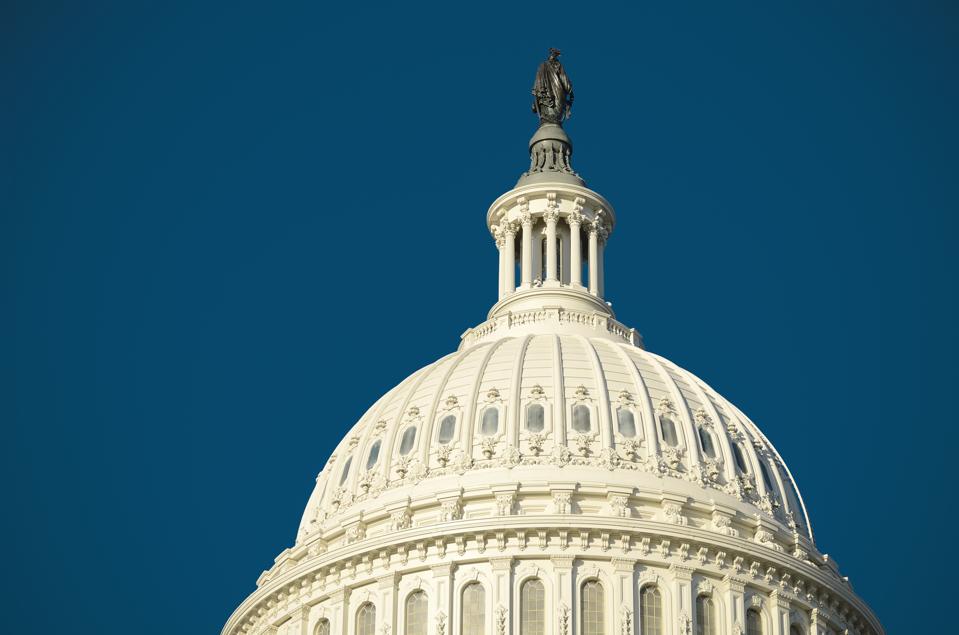 On April 3, 2019, I wrote an article titled, “Will The SECURE Act Make Your Retirement More Secure?”, providing a summary of the key provisions of this bill, which had just been passed by the House Ways and Means Committee. The provisions of the bill were not dramatic and earth-shattering, but a set of changes which would, in total, provide modest but meaningful improvements to retirement savings and income in retirement.

On May 23, 2019, the House of Representatives passed the bill with solid bipartisan support.

Separately, the Senate equivalent, the Retirement Enhancement and Savings Act of 2019, was introduced on April 1, 2019.

Then it stalled. Attempts to pass the bill via “unanimous consent” failed due to “holds.” As Plan Advisor explained in July,

“[T]he SECURE Act is stalled thanks to several Republican senators, among them Texas’ Ted Cruz and Pennsylvania’s Pat Toomey, placing what are called ‘holds’ on the Senate leadership’s resolution to pass the bill under ‘unanimous consent.’

“Senate mechanics are inherently complicated, but in basic terms, a bill can be passed without the usual process of debate and amendment if the full Senate, with no exceptions, agrees to pass the bill with unanimous consent. All it takes is one Senator to force the bill into the normal route of committee consideration and a full schedule of floor debates and votes.

“According to what [vice president of strategic communications for the Insured Retirement Institute (IRI), Dan] Zielinski has heard in the halls of the Capitol, Senator Cruz is probably the biggest roadblock to the SECURE Act being passed under unanimous consent. Among other issues, it seems that Senator Cruz is refusing to support the final version of the House bill because it no longer includes a provision that would allow people to use tax-advantaged savings in 529 college savings account to pay for home school expenses. . . .

“’At this point, Senate floor time is at a real premium,’ he explains. ‘When you have a deep partisan divide in the Senate, the side in the minority tends to want to slow things down as much as possible. This Senate, under majority leader Mitch McConnell, has been very focused on judicial appointments. And even though they have technically lifted the filibuster in that area, the Democrats are still afforded significant debate time for each appointment, something up to like 30 hours. That eats up a lot of the legislative days.’”

In November, that same journal reported, “Latest Senate attempt to move on SECURE Act fails.” The article recounts an attempt by Senate Republicans to seek consideration of the House-passed SECURE Act with five amendments and a fixed length of time for debate; this time it was Senate Democrats’ turn to object to these conditions. A CNBC article later that month explained, citing expert Paul Richman of the Insured Retirement Institute,

“With those routes to passage not working, the Secure Act either has to go through the typical legislative debate process — which would consume floor time that the Senate has little of — or get attached to another bill that lawmakers view as “must-pass” legislation . . . .

“One possibility would be a budget bill. While Congress is expected to approve a so-called continuing resolution this week to keep the government open until Dec. 20, it means lawmakers would need to take action again before then to avoid a partial government shutdown. That could come in the form of another agreement that again temporarily funds the government, or as one large funding bill or several smaller ones that fully fund the 2020 budget (the end of the 2019 federal fiscal year was Sept. 30).

“In other words, anyone opposed to the Secure Act at that point would have to oppose the budget bill — or any other, for that matter — that it was attached to.”

And, indeed, that’s what came to pass — the SECURE Act was included in the budget bill passed today. The inclusion of homeschooling expenses in 529 education savings accounts made it in after all, as well as expansion of eligibility of trade school costs.

But this sort of monster spending bill is something that never should have been necessary — let alone the inclusion of all manner of legislation that has nothing to do with spending and which should have been considered on their own merits. Yes, the SECURE Act had bipartisan support but for these small disagreements. But what of all the other additions? The Washington Post includes a partial list: the repeal of the “Cadillac” health insurance benefits tax, a pension rescue for coal miners (but not for Central States or multiemployer plans generally speaking), an increase in the smoking age from 18 to 21 (at least when it came to alcohol, Congress preserved the fiction of the states passing this legislation, though with a cudgel of withholding highway funding from any uncooperative state). The American Prospect has a more comprehensive list. In the end, as quoted by the Post, Sen. Mike Lee of Utah said, “These spending bills are a fiscal dumpster fire . . . . This is embarrassing.”

So, yes, passage of the SECURE Act is great. But the process by which this occurred is apalling.

After all, even very narrowly in the world of retirement, the clock is ticking on legislation to solve the pending insolvency of the multiemployer PBGC program. I’ve got my own proposal for a simple “hack” to improve Social Security’s flexibility. In the bigger picture, there’s the question of what can be done to make retirement savings more universal, and whether or how legislation can provide for better risk-sharing arrangements for lifetime income.

These issues can’t all be solved by tacking unrelated provisions onto “must-pass” legislation. Should the Senate be obliged to work overtime to resolve any genuine time-crunch issues? To what extent is that even the issue, vs. the larger question of provisions that are supported by particularly powerful Congressmen but would not pass on a standalone basis?

As always, you’re invited to share your thoughts at JaneTheActuary.com!