Breaking
Expanding Your Business Into Spain: What You Need...
Essentials For Your Office Coming Out Of COVID-19
What Can Marketers Learn From Digital Cults?
Why NASA’s James Webb Space Telescope Will Never...
Increasing HR Effectivity and Efficiency through Software Solutions
The Difference Between Building A Startup In Bull...
Fluor Corp Ranked Among Today’s Top Shorts
Common Pitfalls to Look Out for When Buying...
Will the Olympics go ahead this year?
Pack Up the Big Top: Insights from MozCon...
Best WordPress Themes for Blogs
Get Ready To Rip And Tear, As The...
As Economy Recovers, Loan Approval Rates Increase For...
Lessons Learned—Avoiding The Fundraising Errors That Can Sink...
Top Tips to Help You Effectively Manage Your...
Malaysia’s Carsome, Tycoon Patrick Grove’s Catcha Group To...
Home Finance Why Inherited IRA Wealth Is Now Less “SECURE” And What To Do About It
Finance 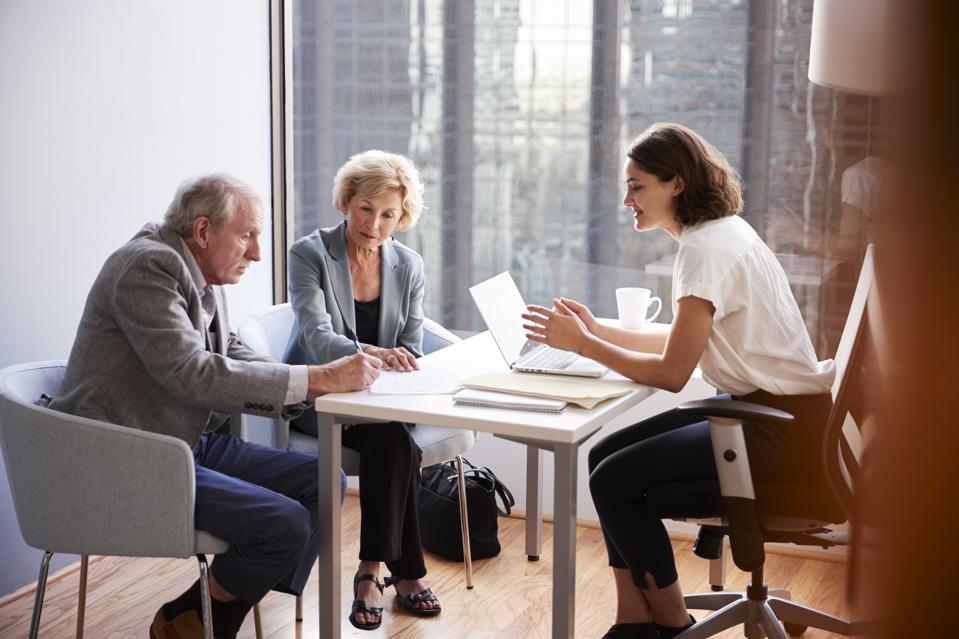 I am a tax lawyer and board certified estate planning lawyer, and the lead author of the book entitled Planning for Ownership and Inheritance of Pension and IRA Accounts, which is now being rewritten.

The new SECURE Act that was signed into law on December 20, 2019 provided a significant and mostly taxpayer unfriendly overhaul of the rules that apply to require IRAs and pension accounts to be paid out after the death of a Plan Participant. While the age for beginning to take out distributions was increased from 701/2 to 72, individuals with large IRAs that eventually are passed to or for descendants or other non-spouses will usually now have to pay out within 10 years of the account owner’s death, instead of over the life expectancy of individual or trust beneficiaries. This significantly reduces what the net after tax inheritance will be for many families, but may help charities, which can receive distributions income tax free.

The rules are very complicated, but important to plan for, so I have tried to write this article to be understandable by laymen, and also tax professionals.

The payout schedule is slower, and thus more advantageous, if the spouse uses the rollover choice, and that is the only choice that normally allows the spouse to not take distributions until the calendar year after he or she has reached age 72.

Thousands of people have these spousal accumulation trusts in place and do not yet realize that a 10 year distribution rule will now apply when the first spouse dies after 2019. Many of these trusts will be converted into conduit trusts, roll over IRAs or charitable remainder trust IRAs, as discussed below.

A surviving spouse can also still elect to annuitize the IRA or pension account by having the resulting IRA purchase an annuity contract that would make equal lifetime payments to the spouse, and guarantee a stream of payments for his or her entire lifetime, without the economic risk of ever running out of monies, but beware of the economic results that can occur when sales commissions have to be paid, and what inflation does to the value of a fixed dollar payment amount over time.

Another possible alternative is to allow the spouse to use the IRA as a rollover or as an inherited IRA, but to have a Marital Asset Protection System (”MAPS”) arrangement whereby the spouse is contractually bound to save the IRA and only use it, and the payments received, as explicitly permitted in the agreement. I can provide more information on this if requested. You can just put the word “Map” in the re line of an e-mail to agassman@gassmanpa.com.

We do not know for certain whether such an agreement would have a detrimental impact on such an IRA, and to our knowledge no-one has ever requested an IRS ruling on this issue or had one of these challenged.

Another alternative that will be very popular among affluent charitable taxpayers is the Marital Income Charitable Remainder Trust (”MARI-CRUT”), which can be funded upon the death of the deceased Plan Participant and drafted to provide an annual payment to the surviving spouse that will be based upon a percentage of the value of the IRA and any other assets of the Charitable Remainder Trust each year, as determined under IRS tables which require that the initial net present value of the arrangement will be based upon no more than 90% of the expected value passing to the surviving spouse, and an actuarially calculated initial probability that 0% of the expected value will pass to charity after the death of the surviving spouse, or a term of up to 20 years. The remainder charity can be a family foundation formed just before the end of the term of years interest.

The annual payment that releases taxable income from the IRA from the MARI-CRUT based upon a 20 year guaranteed pay out starting in February of 2020 would be approximately 11% per year in the value of the trust assets, and the payments can be sprinkled out among the surviving spouse and other beneficiaries, or paid to long term trusts for the spouse and beneficiaries. The income from the payment will be paid by the person or trust that receives it, and can therefore be directed to lower bracket taxpayers depending on what works best from a tax planning standpoint.

Taxpayers who know that they want to benefit charity in their planning can change from what they now have to a MARI-CRUT in order to optimize tax and family planning results.

Those who consider a MARI-CRUT may also be interested in a more complicated variety thereof known as a Flip NIMCRUT which is described in other articles and has not yet been given clearance by the top experts as to how it can work for IRA planning. We are studying this and plan to use and write about Flip NIMCRUTs in the near future.

Married taxpayers with large IRA and pension accounts will need to look at their expected tax brackets, needs, and objectives to decide which of the above arrangements will work best.

When the surviving spouse dies, or there is no surviving spouse, there are special arrangements that are available to give a more favorable payout arrangement for the following categories of beneficiaries if the applicable rules are followed:

Under the prior law most well advised affluent families divided their IRA accounts into separate equal shares for their children, knowing that these would come out with minimum tax impact by using a lifetime payout trust arrangement.

To take this into account the TEA POT system consists of one trust that receives IRA and pension account ownership and has to withdraw all balances and will distribute them to the lower bracket beneficiaries, and a second trust that can be used to “even things up” when it is known how much and at what tax rates the taxable trust income has been distributed.

TEA POT stands for Tax Effective Allocation Pot Trust. A Pot Trust is a trust that holds assets “in the pot” for several beneficiaries and allows for the trustee to distribute the income and principal like a common pot of stew (or lobster bisque for the affluent) based upon need. We call the trust that receives the IRA and pension accounts the “Taxable Trust” and the trust that receives the non taxable “even up” investments the Equalization Trust.  A separate article on TEA POT Trusts can be received by e-mailing me at agassman@gassmanpa.com, and a comic video about TEA POT Trusts can be seen on YouTube.

This article just scratches the surface on the IRA and Pension rules that apply upon death, and is no substitute for good professional advice from a CPA or tax lawyer who has significant experience and expertise in this area. We are updating our book entitled Planning for Ownership and Inheritance of Pension and IRA Accounts and will have it on Amazon soon. For a promotional discount code you can contact me at agassman@gassmanpacom.