Breaking
The Refactoring X-Factor Behind Software Modernization
3 Habits Of Millionaires
Will The Stock Market Sell Off As Biden...
Microsoft Reverses Xbox Live Gold Price Increase Following...
Weekend Favs January 23
FDA Approves First Monthly Injections To Treat HIV
Low Volatility Investing Works In China Too
How 2020 Introduced Big Technology Startup Opportunities
Apple Loop: Stunning iPhone 13 Decision, Shock New...
Win $1 Billion Mega Millions Lottery Jackpot, Pay...
Here’s What’s In The Two New Covid Relief...
How to Prevent Facebook Hacks
How To Run Your Company Like A SWAT...
The New Analyst: The Rise Of Location In...
Eight Ways These Business Leaders Suggest Calming Your...
This Week In Credit Card News: A ‘Smart’...
Home Finance Why It’s Misleading That Buttigieg Called Himself “The Only One On This Stage Who Is Not A Millionaire Or Billionaire”
Finance 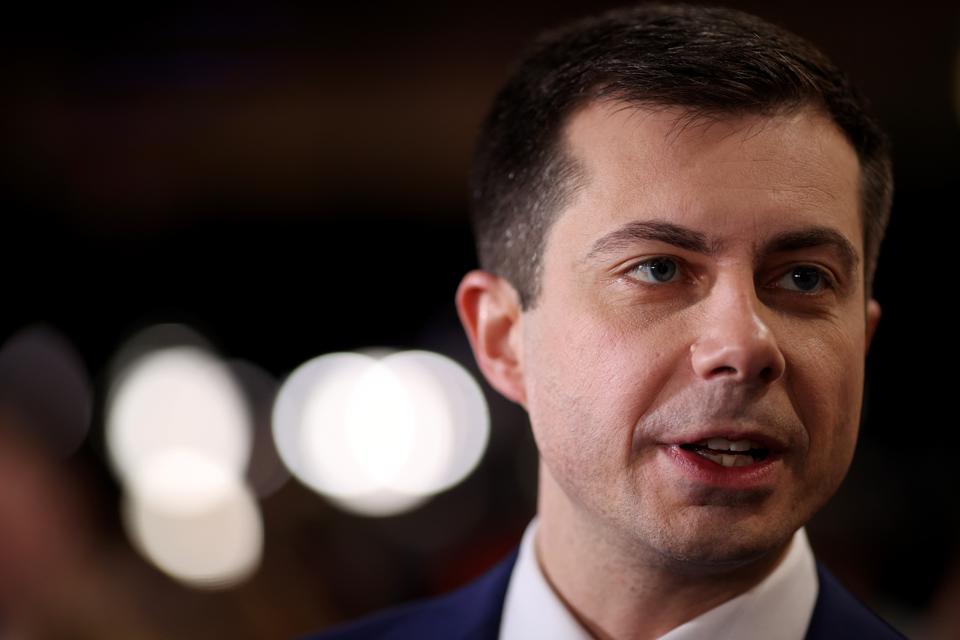 Pete Buttigieg speaks to reporters after the Democratic debate on February 7, in Manchester, New … [+] Hampshire

If you watched last night’s Democratic presidential debate, you heard Mayor Pete Buttigieg repeat a now-familiar refrain, when he said, “As the only person on this stage who is not a millionaire or a billionaire, I know a thing or two about building a movement.”

In doing so, he’s hoping middle-class voters will look past his pedigreed education and time as a McKinsey consultant, and view him as more relatable than, say, Bernie Sanders, the son of a paint salesman, or Elizabeth Warren, who waited tables at 13 after her parents’ car was repossessed. But by directly comparing his own net worth to that of Boomers like Elizabeth Warren, Bernie Sanders, Joe Biden and Amy Klobuchar, he’s ignoring some basics about the American economy.

Put simply: because America’s retirement system depends largely on our personal savings, a 38-year-old like Pete Buttigieg, whose net worth is pegged at around $100,000, with a six-figure salary, is in practical terms about as “wealthy” as someone in their 60s worth $1,000,000.

In June 2019, Forbes writer Chase Peterson-Withorn estimated that Pete Buttigieg and his husband, Chasten, owe roughly $180,000 on their student loans, while having about $200,000 worth of investments, on top of $90,000 in home equity.

If Pete and Chasten were to pay off their student loans and keep paying down their mortgage, while keeping the $200,000 invested in the stock market, the couple would most likely belong to the millionaire’s club by Pete’s 60th birthday. $200,000 invested in the stock market over 22 years would grow to $1.09 million if it were earning the 8% rate of return we can expect from the last 60 years.

Because Social Security replaces, on average, just 40% of Americans’ pre-retirement earnings, the only way for most people to spend their golden years in comfort is by building up a significant nest egg.

Only one in every 25 households headed by someone of Pete’s age has a net worth of $1 million or more; by comparison, according to data from the 2016 Federal Reserve Survey of Consumer Finances, one in every five households headed by someone that’s Tom Steyer’s age has a net worth of $1 million or more. Being a millionaire in your 60s, of course, still means you did well for yourself, but for Americans with a college degree with a paid-off home mortgage, being a millionaire isn’t especially unusual. A 65-year-old couple who is ready to retire could use $1 million in cash to buy an annuity with a monthly payout of roughly $4,800, or $58,000 per year: they’d be in much better shape than the majority of Americans, but not flying on private jets or eating caviar daily. And according to a 2019 analysis by HealthView Services, a healthy 65-year-old couple should expect to spend $390,000 on healthcare costs during retirement.

Bernie Sanders and Elizabeth Warren have both proposed eliminating most copays and premiums for senior Medicare recipients. Pete Buttigieg also recognizes that the out-of-pocket healthcare costs that seniors face are a major burden. His healthcare plan states that “seniors on Medicare are among those struggling most with the high cost of care,” and goes on to flag that “one in four Medicare beneficiaries—15 million people—spend over 20 percent of their income on premiums and medical care.” Buttigieg’s official healthcare plan says he’ll implement an out-of-pocket maximum on senior healthcare spending, but doesn’t specify where he’ll set that cap.

So far in this campaign, Pete Buttigieg has been doing better with older and more educated voters. According to Associated Press survey data, Buttigieg is expected to have won 22% of caucus votes from college-educated Iowans aged 45 or older, while winning only 14% of caucus votes from Iowans aged 18-44 without a college degree. By comparison, Bernie Sanders is expected to have won 61% of votes from Iowans 18-44 without a college degree. But if Buttigieg keeps criticizing candidates twice his age for having successfully saved one million dollars, he may find that the patience of the affluent older voters who have been his base of support starts to wear thin.