Breaking
Sunday’s Google Doodle Is Actually About Google
Office Of The Comptroller Of The Currency Chief...
Source Code For Multiple Windows Operating Systems Publicly...
Why Forgettable Pfizer Really Is A Great Value...
Hot For The Holidays? Amazon Home Drone, Kid...
Best Small Business Loans
The FAAMG Stocks Drive The Markets
Mall Of America Extends A Hand Of Unity...
Surprise Samsung Galaxy S20 FE Beats Google Pixel...
After Apple And Tesla, Berkshire And Amazon Should...
Is It Wrong To Be Rich In Poor...
‘C&C’ Is 25: How ‘Command & Conquer’ Revolutionized...
Archeologists Vs. Spirit Mediums Exhuming Human Remains In...
Blow To Bitcoin As Portnoy Warns Cryptocurrencies Are...
What an Effective Business Cloud Must Include
5 Ways to Make Running a Business Easier
Home Technology Why Manny Pacquiao May Have Already Had His Last Fight
Technology

Why Manny Pacquiao May Have Already Had His Last Fight 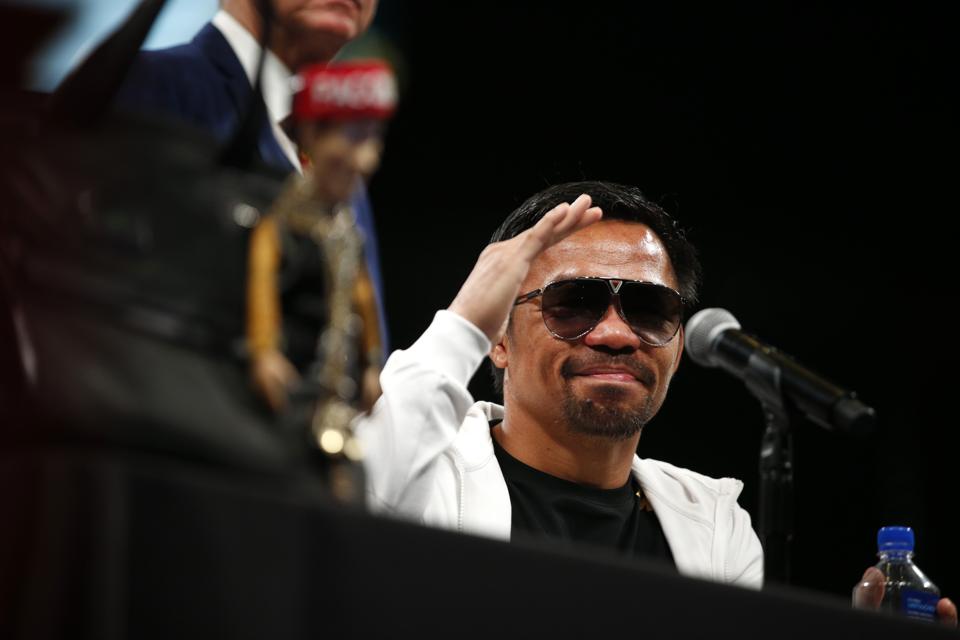 Manny Pacquiao hasn’t fought since he upset Keith Thurman in July 2019 to win the WBA Welterweight title, and there is reason for some concern that it might have been his last fight. Pacquiao understandably wants a big fight against a big-name opponent, and the well might be dry.

Before any of Pacquiao’s legion of fans take umbrage with that concept, understand he hasn’t made an official announcement. However, if you look at the current landscape, it makes sense.

Prolonged layoffs are bad news for 41-year-old fighters. I know it’s only been six months, but as of now, we haven’t heard any solid details on an opponent or location.

Per manager Sean Gibbons, Pacquiao wants to return in April, and he’d welcome fights with Floyd Mayweather Jr. or Conor McGregor, but that’s part of the problem.

Pacquiao signed with Premier Boxing Champions back in 2018, and it is widely believed the Filipino legend made this commitment in hopes of securing a lucrative rematch with Mayweather. 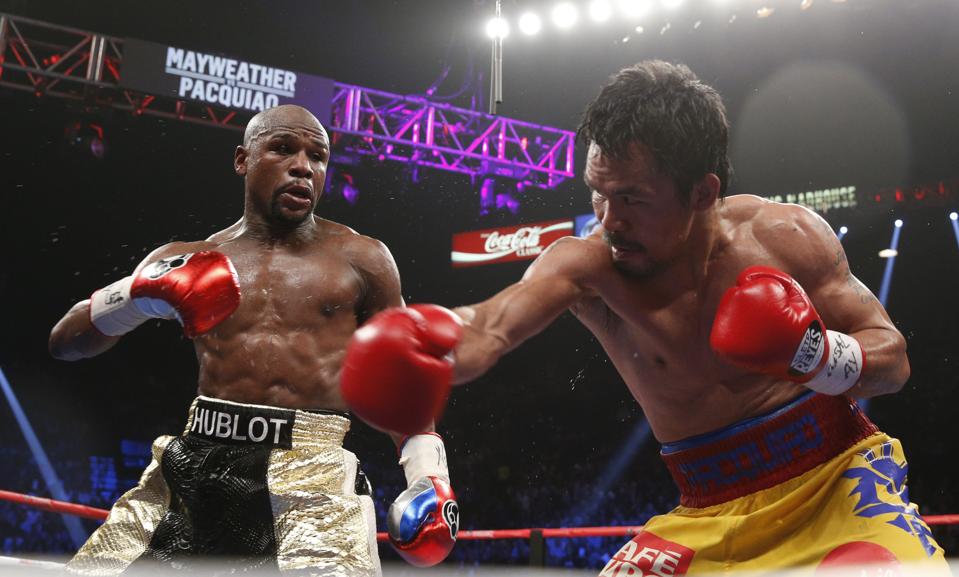 That hasn’t materialized, and instead, the talk has shifted to a Mayweather-McGregor rematch, and Pacquiao is seemingly making himself available for a boxing match with the mixed martial arts superstar as well.

Because Mayweather seems more inclined to fight McGregor, Pacquiao could be left out of a potentially lucrative bout with the Irishman.

One boxing insider told me, “PBC never expected Pacquiao to defeat Adrien Broner and Thurman, so the potential fight with Mayweather would have been moot. Also, there was no way to expect Errol Spence to be out of action [due to a car accident] which also took away a potential opponent.” Now that Pac-Man has beaten Broner and Thurman, and Spence is likely shelved until the summer time, it would appear the sensible options for him are limited. 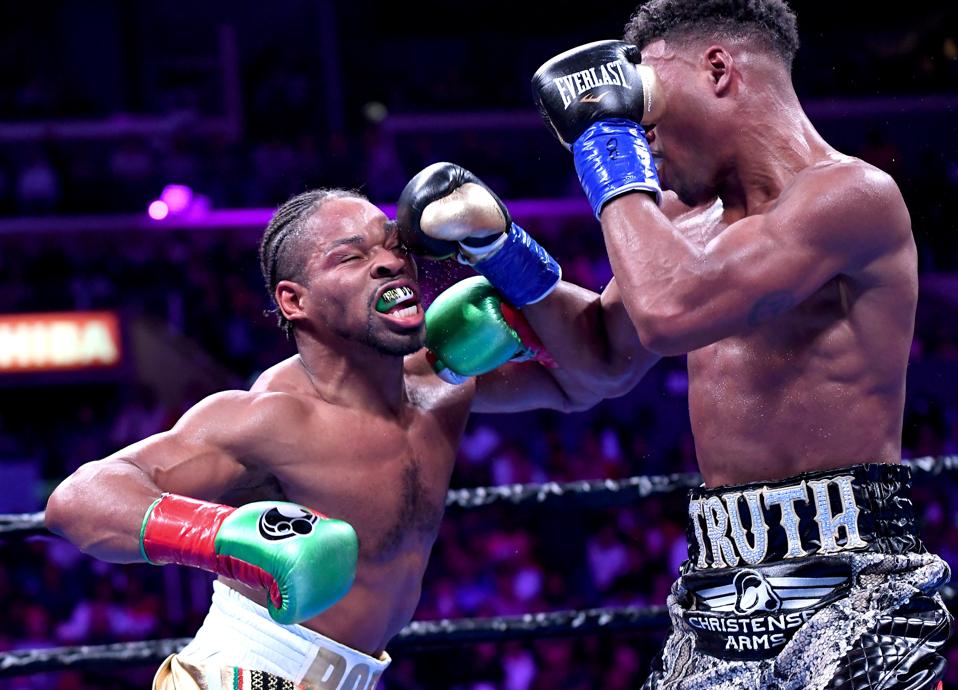 At one point, Danny Garcia would have been a smart choice, but he’s fighting Saturday night against Ivan Redkach. It’s almost impossible he’d make a quick turnaround to fight Pacquiao in April.

Perhaps the only two options for Pacquiao at this point under the PBC umbrella are Shawn Porter and a rematch with Thurman. While a Porter-Pacquiao clash could be a great fight, the former is coming off a loss to Spence in September 2019. Porter’s stock improved in defeat. However, it would be difficult to justify rewarding him with a title opportunity and the biggest payday of his career on the heels of a legitimate loss, but this is boxing, and anything is possible.

A Thurman rematch is also sensible.

Thurman’s first fight with Pacquiao was close, but the latter’s early knockdown helped push him to the split-decision victory. Still, we haven’t heard any conversation around a rematch, and it’s a little odd there isn’t at least some buzz for a second fight if it was being considered.

With all of the potentially worthy opponents already booked, temporarily unavailable, or seemingly off the radar, the questions remains: who is Pacquiao going to face if he is returning in April?

There is a chance his list of potential opponents could grow.

February 22 is a very important date for boxing. On that day, Deontay Wilder, a PBC fighter, will defend his WBC Heavyweight Championship against Tyson Fury, an ESPN fighter in a highly anticipated rematch. 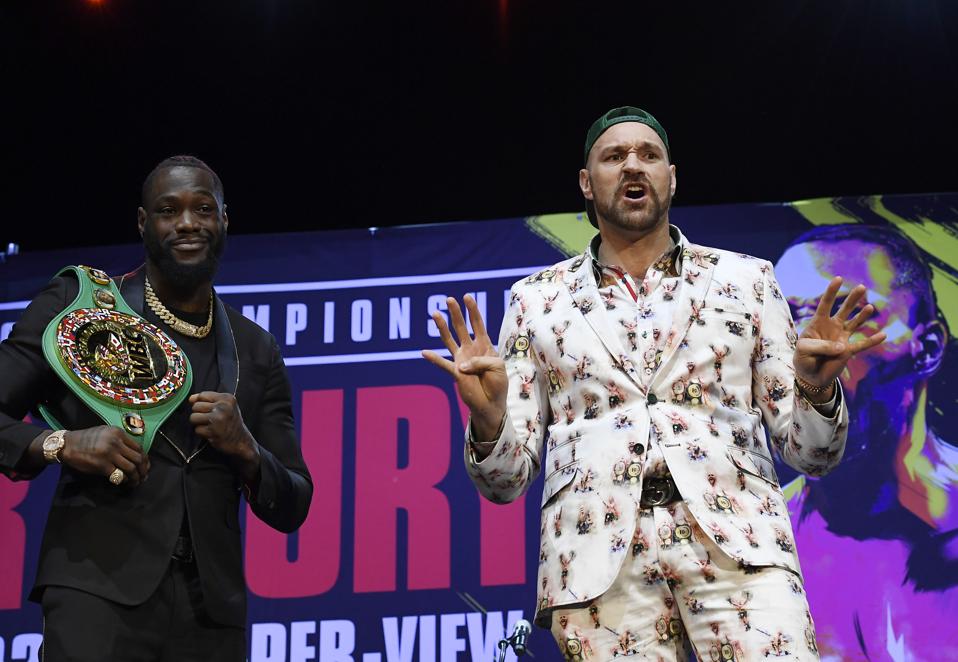 LOS ANGELES, CA – JANUARY 13: Deontay Wilder (L) and Tyson Fury get together during a news … [+] conference at The Novo Theater at L.A. Live on January 13, 2020 in Los Angeles, California. (Photo by Kevork Djansezian/Getty Images)

It’s a co-promotional extravaganza that will be on both Showtime PPV and ESPN+ PPV. The success of that event could help to open the door for fighters who are signed to ESPN to face opponents who are with PBC, and who appear on FOX or Showtime.

That would mean Top Rank’s stable of welterweights would become potential opponents for Pacquiao, and that includes current WBO Welterweight Champion Terence Crawford.

Extending the PBC/ESPN partnership would be great for the sport, but at this point, we don’t know that’s in the cards. At Pacquiao’s age, he may not have time to wait for the two sides to continue their courtship.

It appears Pacquiao is looking for the biggest fish, and he has earned the right to finish his career against opposition that provide him massive earning potential–even if the risk is minimal.

However, without Mayweather, McGregor or Spence, I’m not sure he’ll find what he’s chasing. If that’s the case, you have to wonder if he’ll choose to fight someone with a lesser name, or walk away from the sport as a champion.