Why NASCAR Can’t Have Races With No Fans Now 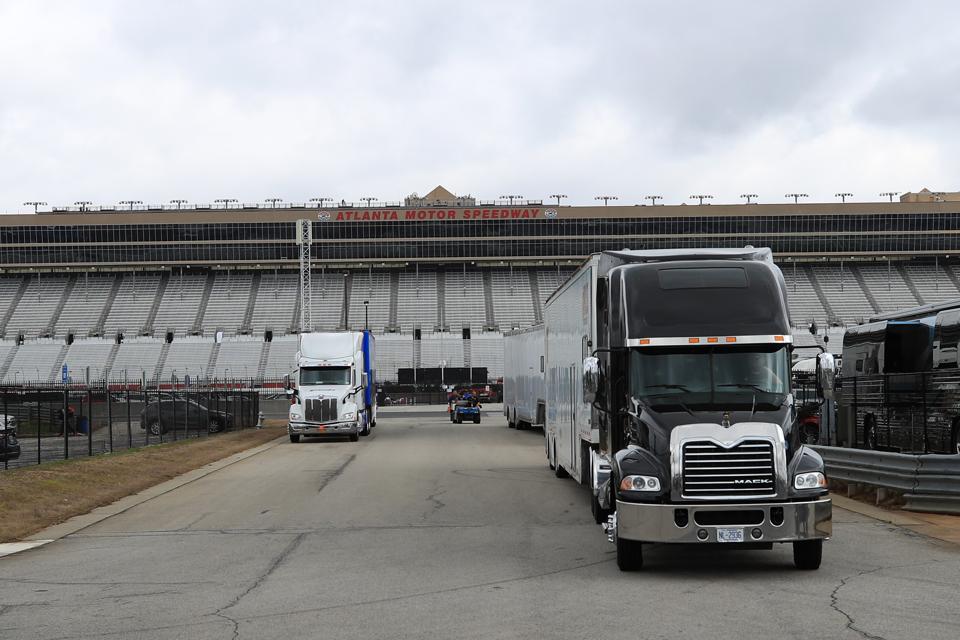 HAMPTON, GEORGIA – MARCH 13: A general view of the garage area at Atlanta Motor Speedway on March … [+] 13, 2020 in Hampton, Georgia. NASCAR is suspending races due to the ongoing threat of the Coronavirus (COVID-19) outbreak. (Photo by Chris Graythen/Getty Images)

As with other sports, many more NASCAR fans watch Cup races on television than attend in person — the ratio was about 100 to 1 for the most recent race from Phoenix.

After NASCAR weighed the option last week of staging two races without fans before postponing the races altogether because of concerns about coronavirus, the question arose:

So why can’t NASCAR just have races in front of empty grandstands?

Perfectly understandable. There is a gigantic live-sports black hole. Just from Monday through March 22, Fox has dropped more than 130 hours of live and delayed event/studio programming across Fox, Fox Sports One and Fox Sports Two.

So I took the big question Monday to five industry sources, all of whom wanted to remain anonymous. About 2,000-2,500 people are needed just to stage a NASCAR weekend, even with no one in the stands.

That still is far more than the 10-person limit per gathering most recently recommended by the Centers for Disease Control and Prevention. A racetrack is an enormous piece of property. There are 180 acres just in the infield at Daytona International Speedway.

“I don’t think folks realize how many people it takes barebones to put on a race, even with empty grandstands,” one industry official said.

Here is how it breaks down:

PARTICIPANTS. One industry source told me a single race team, not an organization, will bring about 10 crew members to the track, 11 including the driver. On race day, a team brings in an additional five pit-crew members.

There is also a driver for the team hauler — sometimes two depending on length of the journey to and from the track. There are two or three team executives, and two or three marketing representatives for a bigger team. Each driver also has a media representative.

One or two others from the team might be needed for travel and at-track logistics. That runs the number to about 20 per race car. A person from another organization said that number is the same for one of his teams. With 38 teams, that is 760 people just from the race teams. 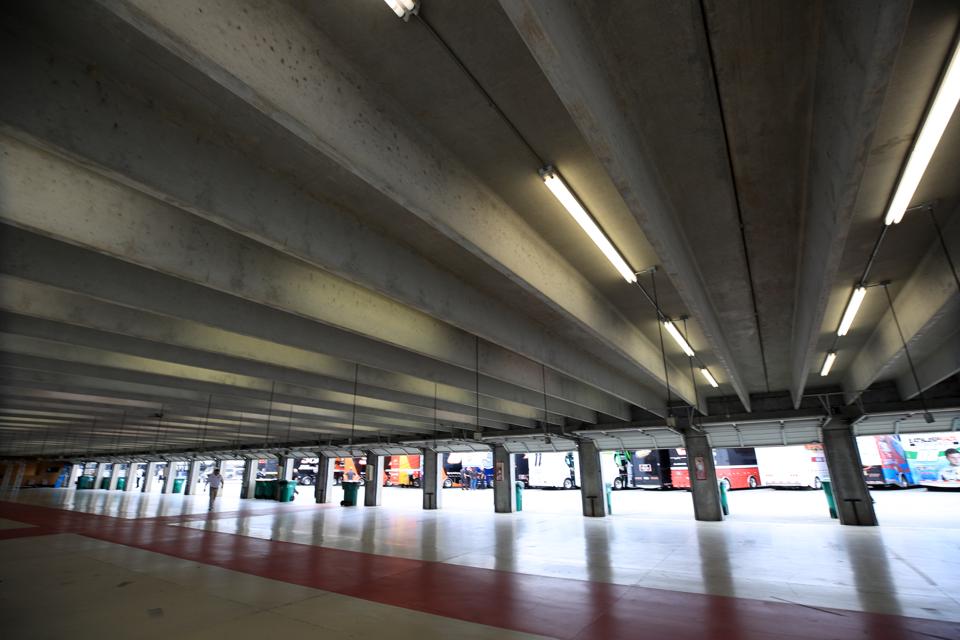 HAMPTON, GEORGIA – MARCH 13: A general view of the garage area at Atlanta Motor Speedway on March … [+] 13, 2020 in Hampton, Georgia. NASCAR is suspending races due to the ongoing threat of the Coronavirus (COVID-19) outbreak. (Photo by Chris Graythen/Getty Images)

And that is just for a Cup race. Teams for two support series — Xfinity and trucks — are smaller than Cup teams, and some employees overlap, but it is not stretching it to figure that at least 1,000-1,500 employees come to a NASCAR track just to put the cars on the track and race them.

SUPPORT. If there are no fans at a race, then there is no need for, say, ticket-sellers and ushers, workers at the concession and merchandise stands, medical people and people to clean up. There would be less need for security and safety workers outside the racetrack itself.

But about the same number of NASCAR executives and officials would still be needed to oversee the races. There would still have to be officials in the pits, timers and scorers, flag men (or women) and pace-car drivers. There would still need to be medical, safety and security workers, like tow-truck and ambulance drivers. These employees could total to as many as 500 people for a weekend at larger race tracks, where more ground has to be covered.

MEDIA. Fox has about 120 employees — announcers, directors and producers and camera operators — on site for a typical NASCAR race. Another 30 employees work on the race from the network’s Charlotte studio.

Prior to the postponement of the Atlanta race, NASCAR announced a plan that would eliminate participants’ face-to-face contact with news-media representatives, making them available for interviews by teleconference. There would still be some reporters at the race, just not as many.

Racing will return someday, like other sporting events to watch on television and in person, but it is unlikely to return without fans. So break out the VCR and the old Winston Cup tapes, if you still have them.

NASCAR, IndyCar To Race Without Fans Because Of Coronavirus

A NASCAR Race Track Preaches ‘Prevention, Not Panic’ As It Deals With The Spread Of Coronavirus