Breaking
A Technology Solution For Muni Bond Disclosure
Five Common Ways To Fund A Small Business...
Your Floss Pick Habit Is Killing The Planet,...
Customer Service Recovery: Six Keys To Turn Complaints...
How Becoming A Learning Organization Is Key To...
IRS Increases Enforcement On Cryptocurrency: What This Means...
Optimus Prime Finally Gets The Diaclone Update He...
No, There Isn’t A Black Hole At The...
The Fed Could Be Repeating This Key Mistake...
Japanese Lawmaker Becomes Billionaire By Selling E-Signature Services...
Communication Lessons From The Presidential Debate
4 Tips For Attracting Your First ‘Dream Client’...
Want To Generate More Sales This Holiday Season?...
Your ‘Harvest Moon’ Moment Is An Illusion: Why...
Launching A Startup Comes Down To Making A...
Google Meet’s Unlimited Calling Will Continue To Be...
Home Business Why NASCAR Still Hands Out That Quirky Award
Business

Why NASCAR Still Hands Out That Quirky Award 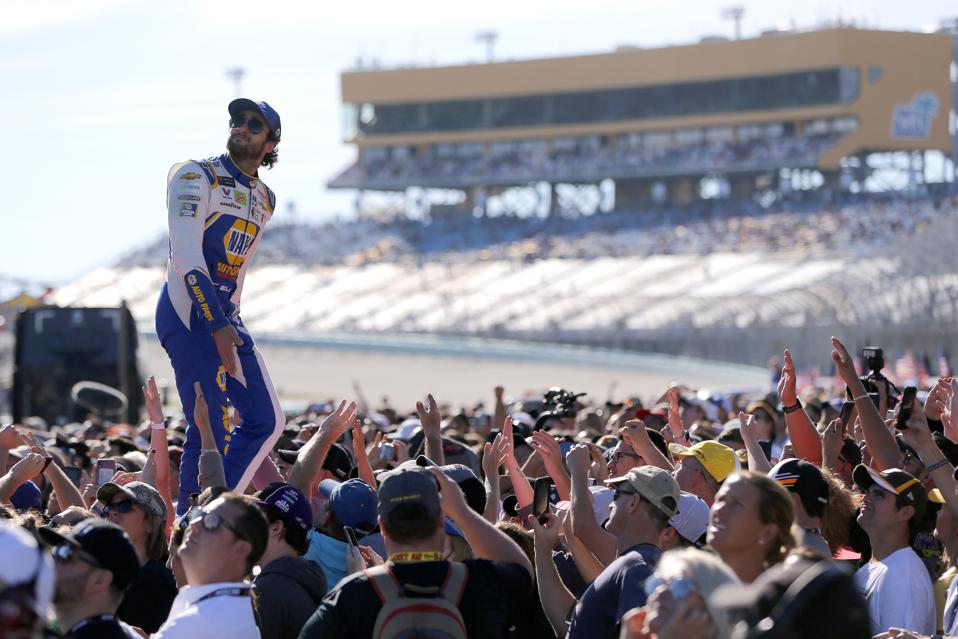 The Most Popular Driver Award will be handed out with all the other NASCAR Cup awards on Thursday in Nashville (NBC Sports Network, 8 p.m. ET). It would be a total shock if Chase Elliott did not win it again. Fans vote on the award, and they don’t seem to want to get too creative.

Elliott, who turned 24 last week, won the award last year, and his father, Bill, won the award 16 times from 1984 to 2002. Dale Earnhardt Jr. won the award 15 straight times before retiring after the 2017 season, leaving it for Chase Elliott. There is not a whole lot of suspense to this.

Elliott had a pretty good season for Hendrick Motorsports, winning three races and making the playoffs for the second straight year, but this competition has virtually nothing to do with what happens on the racetrack. It is purely a matter of pedigree, and Elliott’s is perfect for it.

The award is quite literally a popularity contest, with online voting ending Wednesday. According to the National Motorsports Press Association, the presenting organization, the award dates to 1953, when Lee Petty, Richard Petty’s father, won it the first of two times.

Chase Elliott, like Dale Earnhardt Jr., is from the South, the belt buckle of NASCAR, and Chase’s daddy was also a NASCAR champ. Chase Elliott is more buttoned-up than his dad, but he projects the kind of image that NASCAR fans like — handsome and charming, if a little dull.

Dale Earnhardt won just one Most Popular Driver award, in 2001, after he was killed in an accident on the last lap of the Daytona 500 earlier that year. The award probably would have ticked off Earnhardt, since he’d withdrawn his name from consideration during his career.

(After winning his final Most Popular Driver award the year after Earnhardt’s death for the 11th time in 12 years, Bill Elliott withdrew his name from consideration for future awards, opening the throne for Dale Earnhardt Jr.)

This used to be an unusual award, because fans voted on it, and there was really nothing like it in any other sport. It just seems quirky and obsolete now. Nowadays, the most popular athlete in any sport is measured by the amount of merchandise he or she sells — although Chase Elliott is No. 1 in that, too. 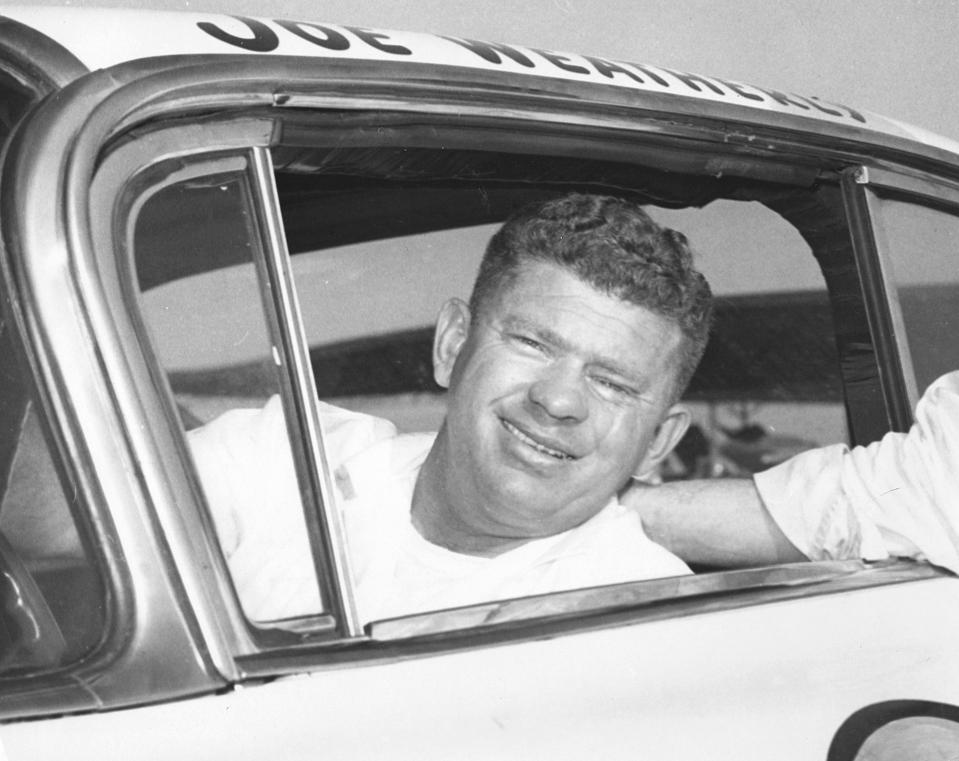 Between 1953 and 1969, 12 different drivers won, with nine different winners from 1954 to 1962, when Richard Petty won the first of eight Most Popular Driver awards. Five have won the award and the Cup title in the same year, with Bill Elliott being the most recent in 1988.

Dale Earnhardt Jr., who never won a Cup title, has said that the award is an honor because it carries the unspoken responsibility to be an exemplar for stock-car racing. Chase Elliott, not exactly a guy to stir up trouble, is friendly and gracious, only a little outrageous.

But who is outrageous in NASCAR anymore? It could be a few years until another female driver shows up. With the exception of Kyle Larson, Aric Almirola, Daniel Suarez and Bubba Wallace, every Cup driver is a white guy who does not want to do anything to upset his sponsors. They are like Chase Elliott, without the fast dad. NASCAR wonders why fans have tuned out.

Little Joe Weatherly, the Most Popular Driver in 1961, was known as “The Clown Prince of Racing.” He had a big scar on his face from a non-racing crash, and he’d raced motorcycles. He once wore a Peter Pan suit in practice and was known for swiping the keys from other cars.

Driving a Mercury for Bud Moore, Weatherly did not even make it to the halfway point of a 1965 race at Riverside, Calif., when he hit a wall. Before Petty’s arm flew out of the car when he  rolled over several times in a 1970 wreck at Darlington, window nets were not used, either.

Weatherly was wearing a helmet, but without a shoulder harness and a window net, his head flew out of the car and hit the wall. And there, Little Joe Weatherly met His Maker. He was 41 years old.

The tombstone on his grave in Norfolk is in the shape of Riverside Raceway, with a checkered flag and his car number, 8, marking the point on the track where Little Joe left this world. They don’t make them like Little Joe any more, and that is too bad. 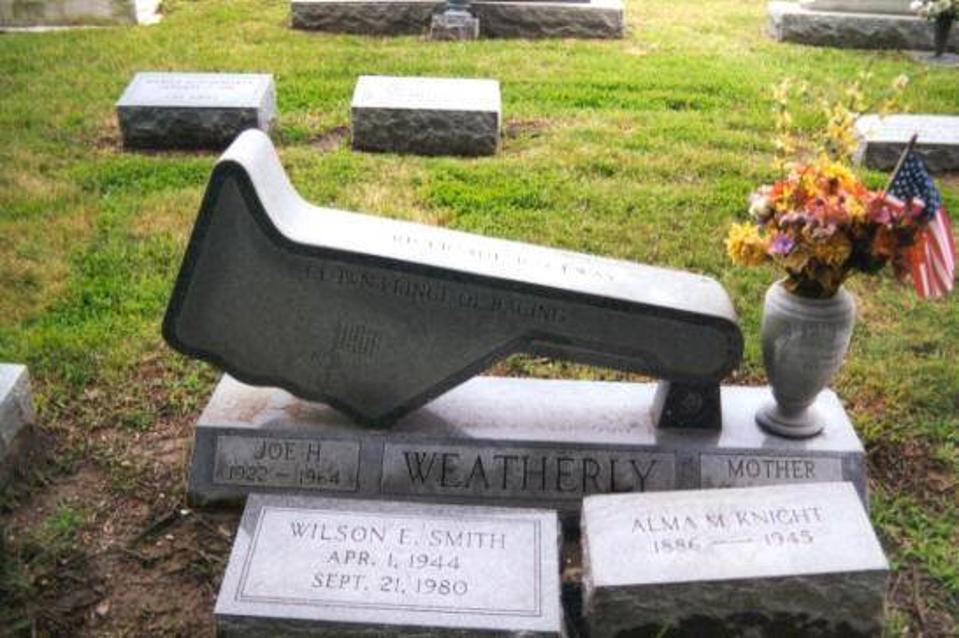 History And Housing Discrimination: Why Neighborhoods In The United States Are Still So Segregated

Convince Your Boss to Send You to MozCon 2020 (Plus Bonus Letter Template!)