Breaking
How to Run Nonprofit Marketing Ads
Entrepreneurs Are Bringing Transparency To Home Buying And...
Best Incentive To Get Vaccinated: Money, Messaging, Or...
Page Level Query Analysis at Scale with Google...
How A CIO Can Align IT With Business...
Blogger of the Month: Jo, Girl Eats World
6 Things Women In Business Know That Men...
How to Use First-Party Data for Ad Personalization
Pressing Reset—Putting A Fallen Unicorn Back On Its...
How We Went Viral: Promoting Content with Influencers,...
Blame Olympic Record Price Tag For Return To...
Apple iOS 14.5 Release: Should You Upgrade?
How to Come up with Podcast Topics and...
Why Gaming Gear Company Razer Launched A $50...
Technical SEO Implementations to Increase the Impact of...
30 Brilliant Ways to Market Your Eco-Friendly Shopify...
Home Finance Why Offer Food Stamps When People Have The 3-Martini Lunch?
Finance

Why Offer Food Stamps When People Have The 3-Martini Lunch? 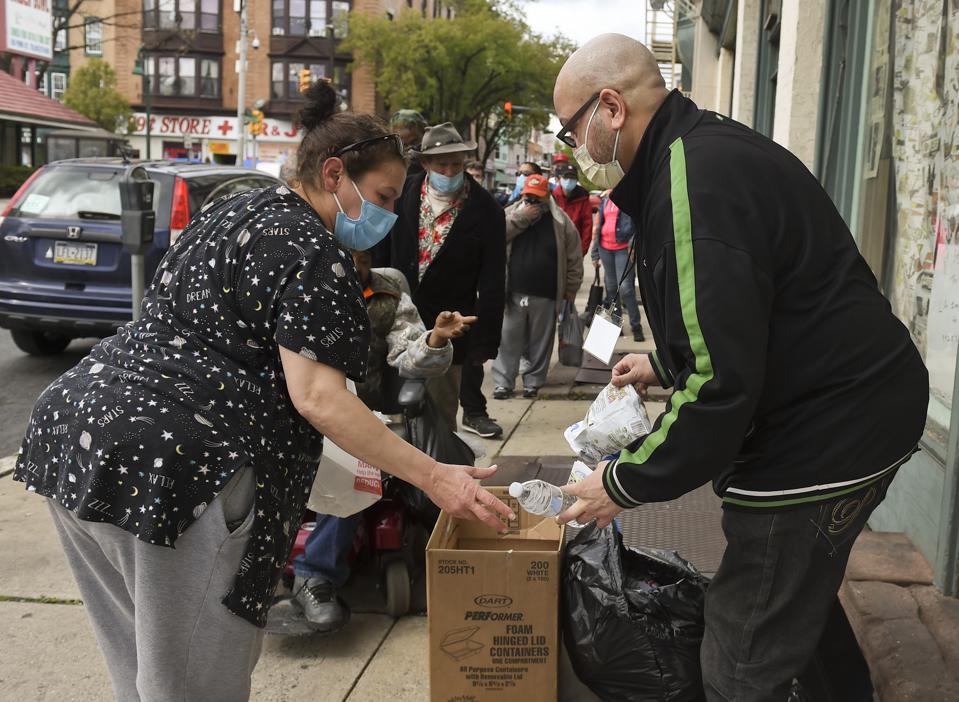 The economic turmoil of the pandemic has hit people not only in their wallets, but in their bread baskets.

With more than 30 million people on unemployment on July 4 (the most recent figure available), the pressure on lower-income people has grown with the number in the category.

In addition to the drop in income is the question of food insecurity. Weekly polling data from the Census Bureau shows that over the last 12 weeks, the percentage of adults in households who reported that either “sometimes” or “often” there was not enough to eat in the last seven days has climbed from 9.8% to 12.1%.

If anything, that’s likely to get worse. The extended $600 weekly federal unemployment payments are over and done. It will take at minimum a week or two for a substitute to restart, and possibly far longer.

If Republicans have their way, payments at a reduced $200 will be 45% of replacement income, which is the money people made before losing their jobs.

They can’t just go get another job because the country lacks enough positions. At the end of May (again, latest statistics), there were 5.4 million open jobs and 29.3 million people on all forms of unemployment insurance taken together.

That’s 5.4 people per job—assuming that each person do any job and every person is either near a compatible job or ready to move. Realistically, there are even fewer opportunities for a given person to find new work.

Congress, or, more accurately, the Senate, has been dragging its collective feet on fiscal stimulus since the House passed a bill in May.

Yes, people are losing the extended benefits that helped keep going. Individuals don’t have the protection against eviction for those who are behind payments because they first lost their incomes and now the help they were receiving in a brutal economy.

They also lack food. On top of the adults, you can guess how many children also must anticipate a meal that may never arrive.

Food insecurity is bitter and damaging. How sharp are you when you don’t get around to lunch until late in the day? What if you couldn’t count on ever making up that meal?

Nutrition helps people think and act more clearly and effectively. The money flows through local economies and helps fund paying jobs that, in turn, help reduce the need for the aid. It’s like jump-starting a neighborhood.

And then there’s the peculiar conundrum on Capitol Hill as noticed by Laura Reiley of the Washington Post. The proposed Republican legislation—the “Health, Economic Assistance, Liability Protection and Schools Act,” or HEALS, Act—doesn’t extend the Supplemental Nutrition Assistance Program (SNAP, formerly food stamps), one of the most efficient and effective ways of helping people out of poverty situations.

HEALS also failed to extend the Pandemic EBT program, which provided debit-card funds for those whose children have temporarily lost food aid at their schools.

But don’t think the Senate was totally heartless. It did protect the tax deduction for business meals. Doubled it, in fact. A deduction that, Reiley noted, is called the “three-martini-lunch-deduction.”

It is difficult for many of the wildly comfortable in Congress to sympathize with the poor and downtrodden. That requires “the act or capacity of entering into or sharing the feelings or interests of another,” according to Merriam-Webster, with the “sharing” aspect primary.

Sympathy requires a sense of kinship. You’ve gone through what the other has. Too many members in Congress are so far removed from regular people that they’ve forgotten what it’s like to have kinship, except maybe with lobbyists and the corporate executives who send over the campaign contributions.

Empathy, or the ability to imagine what another is going through, which perhaps is connected to the skill to see how insanely damaging it will be to have tens of millions financially compromised, is clearly in short supply.

But, perhaps there’s a mistake in all this. Something simple, like a typo. It could be the legislation was really titled the “Health, Economic Enlightenment, Liability Protection and Schools,” or HEELS, Act. It surely seems appropriate.