Home Finance Why Oil Is A Great Buy Opportunity
Finance

The Dow Jones suffered its worst day yesterday since the beginning of the financial crisis as the index tanked over 2000 points. Two factors drove the price lower: Coronavirus fear and the failure to cut the oil supply by the OPEC. On Friday, Investors hoped the cartel would introduce the most significant supply cut on record to address concerns about Coronavirus. However, Russia never agreed to a supply cut and Sunday marked one of the worst days in the Middle Eastern equity markets. The European and US investors took it as a sign of panic and hence the global equity markets went bunker yesterday. 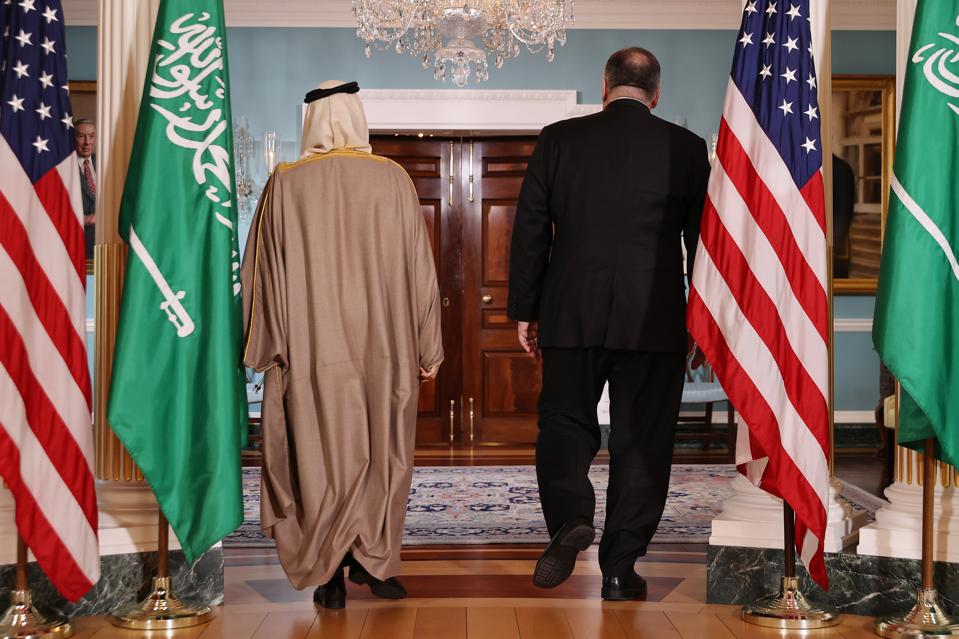 Investors simply aren’t thinking logically because there is no way that an oil war is in anyone’s favour. It’s highly unlikely to happen now because during the oil supply glut, not only did the cartel suffer, Russia and the US also took a hit. Russia and the US need to understand one thing; clearly, they cannot win an oil war with the Middle East, especially with Saudi Arabia, its breakeven point is much lower than any other country. If Russia, who is behaving like problem child, doesn’t throw in the towel, it will be its oil companies that suffer the most. As for the market participants, they are not thinking clearly; there is no way an oil supply war will take place now. Market sentiment is already on its knees, and it is in no one’s favour to make matters worst.

The Real Meaning Of Panic

Having said this, if for any reason the oil cartel decides to lose its head and an oil supply war does take place, it will be shocking for everyone. Default rates for not only oil-producing companies would tick higher, but also for the companies that are involved in the oil refinery business; chaos would ensue, and the world would learn the real meaning of panic.

From a technical perspective, oil prices present the biggest opportunity for investors. The crude oil price has dropped to a level that we have not seen since 2016. In other words, the price has entered an important area of support, as shown in the chart below. It also shows the resistance zone—the take profit area. 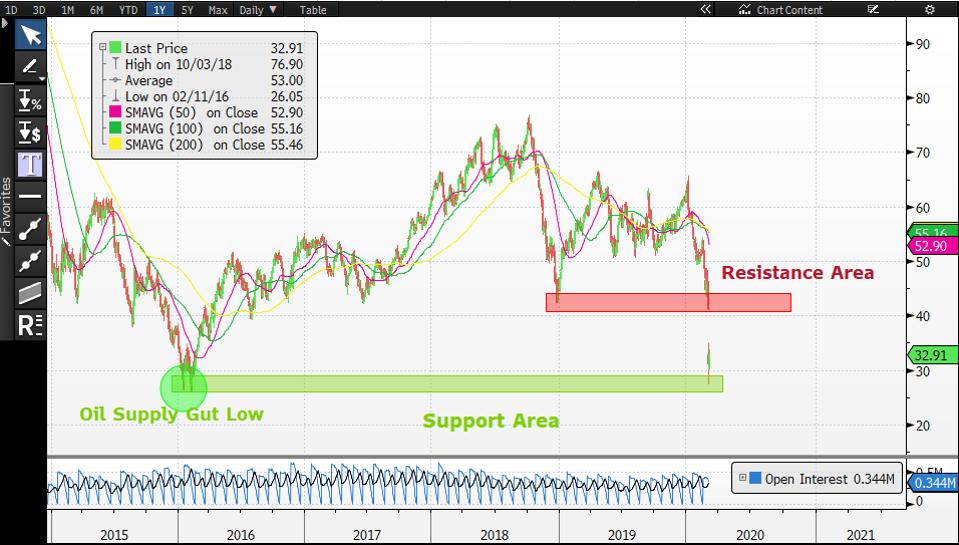 Remember, crude oil price dropped nearly 30% yesterday, and then it recovered almost 6%, the biggest one-day drop since 1991 has a buy label all over it, and investors must consider this carefully.

Investors need to calm their nerves and learn to separate noise from reality. We all know that energy companies are going to be adversely impacted due to Coronavirus, and worrying about an oil supply war is beyond reason, at least for now. I do not see this particular situation playing out at all.

In my opinion, it is a good time to build some exposure to oil. It is vital to remember that the oil price may continue to decrease due to adverse economic numbers. Economic data is bound to show a weak global economy, but I think an oil supply cut from cartel is likely to off-set the influence of Coronavirus.

How Many Hackers Does It Take To Change A Light Bulb?

Why New York Wants To Regulate The “Abusive”...

The Effect Of Mandatory Mask Policies And Politics...