Breaking
Renewables And Energy Storage Are Surging In Red...
Bitcoin’s Richest Are Selling, So Why Is The...
Apple’s iPhone 12 Will Cause Serious Problems For...
Rock Royalties – How A European Startup Is...
4 Differences Between Creative and Marketing Agencies
A Meeting Is A Gathering: The Most Common...
IRS Tax Extension To Jan. 15 For California...
Senate GOP Pushes Through Democratic Filibuster To Advance...
How These Successful Entrepreneurs Learned To Adapt And...
Six Ways Tax Rates Go Up For Retirees
How ‘Mario Kart Live: Home Circuit’ Straddles The...
6 Tools To Bring Your Virtual Conferences To...
COVID-19 And The Future Of Aging: Prospects For...
Harman’s New Citation MutiBeam 700 Is A Feature-Packed...
A Startup Raises $11 Million Using Zoom, A...
Is Your Business Stagnant? It Might Be Time...
Home Business Why Peapod, America’s First Online Grocer, Will Abandon The Midwest
Business

Why Peapod, America’s First Online Grocer, Will Abandon The Midwest

Peapod, founded in Evanston, IL in 1989, plans to shutter its Midwest division, apparently due to newly-arisen competition and a lack of traditional brick-and-mortar locations in the region to support BOPIS (buy online, pick-up in-store).

Ahold USA, which acquired Peapod in 2000, said the closing will allow the company to expand omnichannel capabilities on the East Coast, where Ahold operates the largest grocery retail group. Banners include Stop & Shop, Giant Food, Giant/Martin’s, Food Lion and Hannaford. 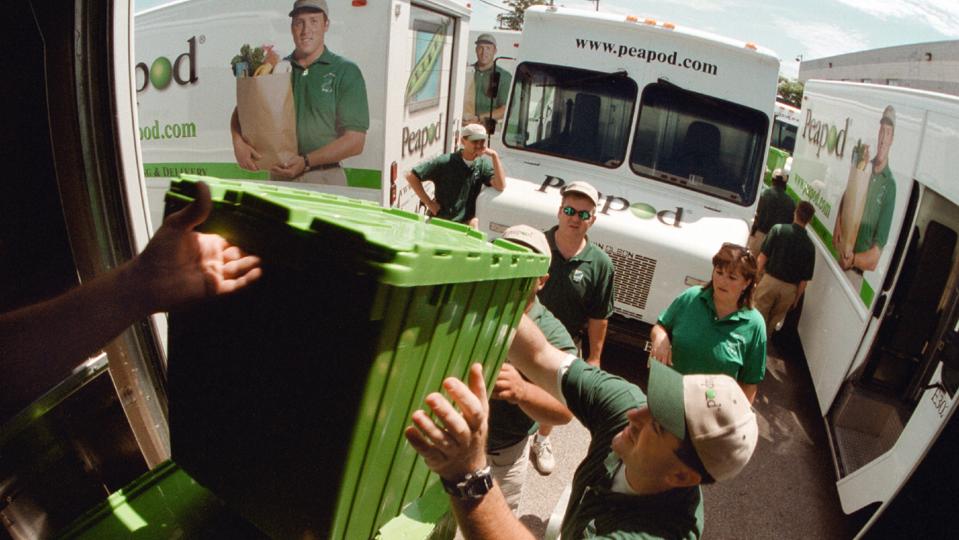 “This was a difficult decision given Peapod’s rich history in the Midwest,” Ahold Delhaize USA CEO Kevin Holt said in a statement. He added, “This move will enable us to fully focus on markets where we have strong store density, leading market share and a longstanding heritage of customer loyalty.”

“Without the ability for Peapod to offer in-store pick-up in the Midwest, it appears to be a smart financial decision to close those operations and focus on the markets that are more successful for their business model,” wrote RetailWire BrainTrust member David Naumann, vice president of retail marketing at enVista, in an online discussion last week.

Other members of the BrainTrust similarly saw wisdom in Peapod’s move.

“This is a good example of strategic retreat,” wrote Richard George, professor of food marketing at St. Joseph’s University. “The godfather of home delivery recognized the variables to keep its operations profitable and growing. The Midwest operation was responsible for less than 9 percent of Peapod’s sales, and I suspect it was not profitable.”

The division, covering Illinois, Wisconsin and Indiana, comprised $97 million of Ahold’s total online revenue of $1.1 billion in the U.S. The company will eliminate approximately 500 jobs, closing a distribution center and food preparation facility in Lake Zurich, IL; distribution facilities in Chicago, Milwaukee and Indianapolis; and a pickup point in Palatine, IL. Peapod Digital Labs’ will keep its headquarters in Chicago. Ahold said it still expects 30 percent e-commerce sales growth in 2020.

Peapod, the first online grocer in the U.S., has faced increasing competition from Amazon in the Midwest. The 2017 acquisition of Whole Foods further provided Amazon with numerous pickup points. Peapod only had one pickup spot, in Palatine.

Instacart also arrived in Chicago in 2013 and quickly signed up Whole Foods, Dominick’s, Costco and Mariano’s for home delivery in the area. Instacart users have access to a wider variety of products across banners compared to the more limited selection Peapod carries.

It is telling that the success of a delivery service is/was based on store density.

For Ben Ball, senior vice president of Dechert-Hampe, the popularity of Instacart over Peapod says something about the state of e-grocery in general.

“Ahold did not separate the business models of delivery and stores in the Midwest market,” wrote Mr. Ball on RetailWire. “That let Instacart win the delivery business with the contract model that lets customers order what they want, from where they want. Peapod could fare better in strong Ahold markets.”

“It is telling that the success of a delivery service is/was based on store density,” wrote Mr. Ball. “That seems to bode well for strong national and regional chains who invest in competitive pickup and delivery options. But the core of Peapod’s operational problem in the Midwest division was the centralized distribution center model.”

Other RetailWire BrainTrust members noted other reasons why the East Coast is better suited to Peapod’s model.

“Stop & Shop and Hannaford have a loyal following in New England; they have many distribution centers and hundreds of stores,” wrote retail thought leader Ken Morris. “I believe their routes are more economical given the logistics involved, with more compact geography and number of distribution options (stores and distribution centers). This would allow them to be more efficient and more competitive in markets where they own retail real estate.”

For one BrainTrust panelist, though, the pull-back called into question the overall appeal of grocery delivery.

“There’s a small, important market of people who reliably use e-grocery,” wrote Doug Garnett, president of Protonik. “Other than those who have no choice (disability, age), it’s a well-off crowd who don’t want to spend time going to the grocery store. E-grocery won’t grow beyond that narrow market because there are too many advantages most people get from going to the physical market which e-grocery can’t satisfy.”

Are You Letting Money Dictate Your Small Business?