Why Residency Planning Is Important In The Age Of Blockchain 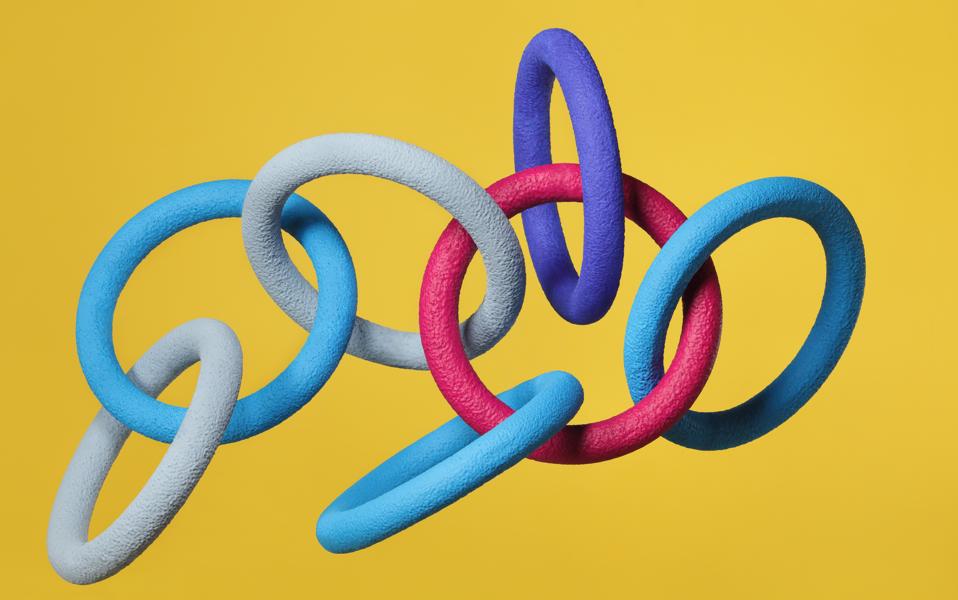 Blockchain technology promises to be a leading feature of life in the future. What countries are the … [+] most receptive to crypto assets and the blockchain? This is a key question for traders and investors in terms of their residence planning.

Like it or not, the blockchain is becoming an ever more important part of our lives. Countries are investing heavily in this new technology which could have the promise of becoming as important to our every day world as 5G networks will be in communications. At its core, blockchain is a computer-based, software-like system called cryptology that networks individuals creating a permanent indelible record of their interactions, like a ledger in accounting records debits and credits. A good visual image is a spiderweb connecting parties to transactions. Blockchain is simply a public database of transactions, distributed across thousands of computers around the world. Each computer that hosts the entire blockchain network is called a “full node.” The blockchain operates without a central controller, and decisions are made by the consensus of all the participants – transaction by transaction.

Cryptocurrency is a new form of digital asset designed to work as a medium of exchange, based on the blockchain network that is distributed across a large number of computers. This decentralized structure allows the digital asset to exist outside the control of governments and central authorities. The first cryptocurrency was Bitcoin (BTC) and its primary value proposition as a global money was that it is immutable, censorship-resistant, permission-less, accessible to everyone, and controlled by nobody.

Digital Assets and their Treatment by Countries

Despite the fact that Bitcoin first appeared back in January 2009 and many more cryptocurrencies appeared after, a majority of countries still do not have relevant laws regulating the use of digital assets. Some countries, such as India and China, banned the use of crypto assets or the operation of crypto exchanges. Most other countries, such as the U.S., Canada, the U.K and others, simply decided to treat such assets de facto the same way as they treat stocks and securities when it comes to taxation. Despite this rather cautious position of the majority of the national governments towards crypto currencies and blockchain communities, there are still some countries where individuals who hold, buy or sell these digital assets are not taxed. In these countries blockchain adoption has been more favorably welcomed. Let’s take a look at how these countries are treating cryptocurrencies and why they may be the most suitable as places to work and live for traders and investors. 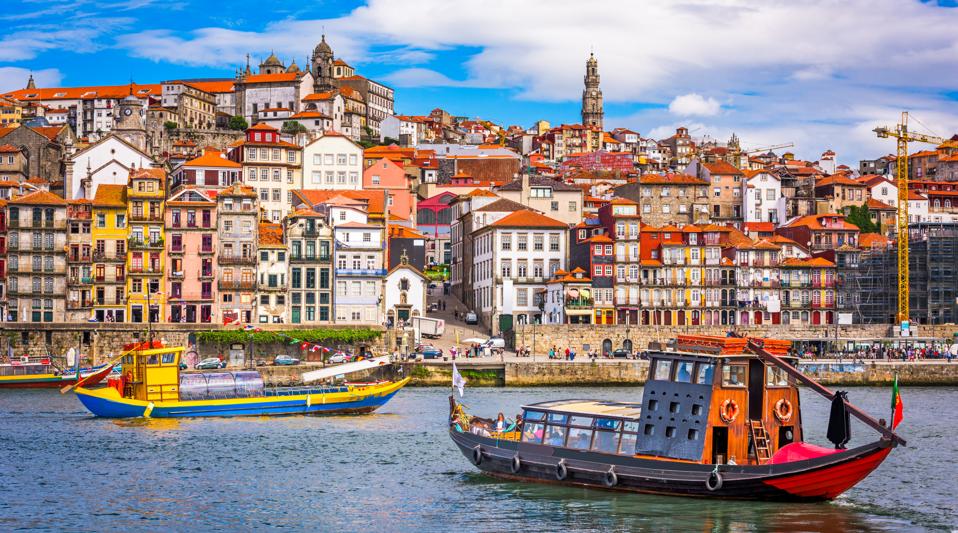 Porto, Portugal old town skyline from across the Douro River.

In Portugal, personal trading in cryptocurrencies is exempt from both a value added tax (VAT), capital gains, and income taxes. Such tax exemptions, however, apply only to private activity with digital assets by individuals. If cryptocurrencies are part of business activity, such as operating a crypto exchange, a crypto hedge fund or running a blockchain start up etc., the usual rates of taxation apply which amount to 21 percent on income. Under the Portuguese Residency by Investment Program, to qualify to temporarily live in Portugal and enjoy favored tax treatment of digital activity, an applicant must purchase real estate of a value of 500,00 Euros, or just 350,000 Euros in urban regeneration areas. Investing in low population density areas lessens the above qualifying requirements by 20 percent. Malta appears to be the only country identified here that will accept Bitcoin for investment purposes. With an investment as outlined above, processing is completed in a matter of a few months. Permanent residence or citizenship is available after five years. Due to tax treatment, the speed of residence and the nature of the investment required, and especially because the country has one of the highest qualities of life in the world, Portugal is a leader in our review of blockchain friendly countries.

Germany – A Country Open to Crypto Asset Traders and Investors

Germany has a similar approach to Portugal regarding cryptocurrency investors and crypto related businesses. Bitcoin and other crypto assets are not considered fiat currencies, securities or commodities, but rather a means of private payment and are therefore exempt from a VAT. According to the German Income Tax Act, crypto currency investors are not taxed for holding their tokens for a year or less and trading them privately, as long as the total profit from private sale transactions is less than 600 Euros in a calendar year. Anything beyond that amount is taxed. If investors hold their virtual assets for longer than a year, they do not pay taxes on capital gains. However, crypto currency related businesses have to pay corporate income taxes which amount to 15 percent. While Germany does not have a residence by investment program, nonetheless, if an investor is prepared to invest 350,000 Euros over five years in the form of a purchase of a property for 250,000 Euros and an additional investment of 100,000 Euros paid into a development fund for five years, that investor can thereby obtain German legal temporary residence. Processing is a matter of months. If the investor learns German sufficiently, then as early as the 21 month mark, the investor and family members can also become permanent residents. Eventually, they may qualify for citizenship as early as seven years following their arrival in Germany, provided certain requirements related to language and integration are met. Apart from its friendliness to the blockchain world and doing business, Germany is the powerhouse of Europe and provides a high standard of life for those who come to live there and thus scores high in this area. 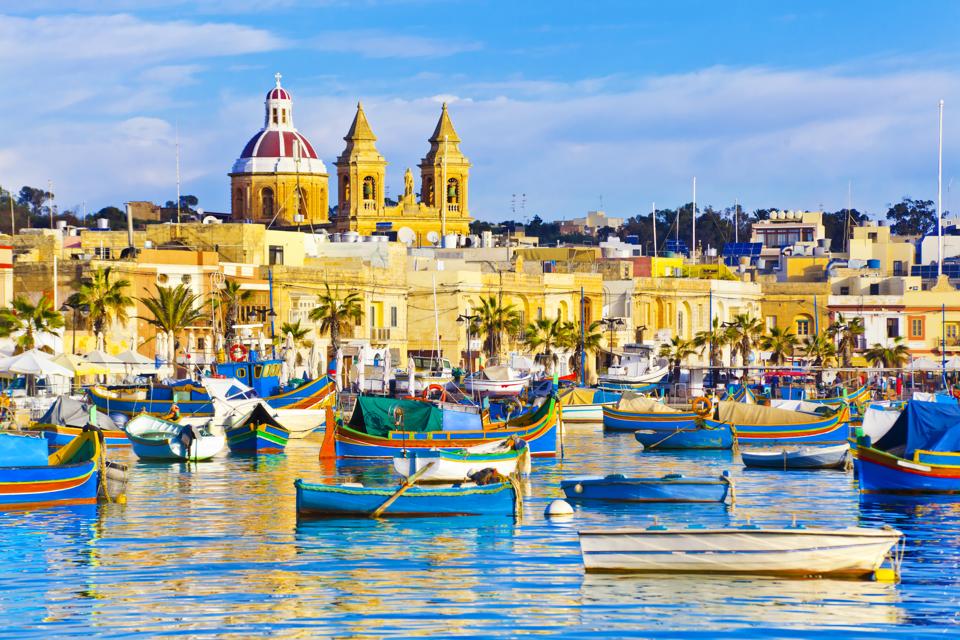 Malta has adopted the most friendly approach to blockchain and crypto assets when they are held in the long term. While day traders are subject to business income tax at 35 percent, if an individual holds or makes single transfers of tokens and these transfers are not part of day trading or other coin exchange businesses, no tax has to be paid. The Maltese citizenship or residence by investment program is in the midst of a change at this moment, but in essence involves an investment of over one million Euros. Processing for residence is a matter of a few months. Citizenship is available in one year. Malta is reputed to be the gold standard of the investment migration community and for these reasons is included in this review.

In addition to being crypto friendly, each of the three countries mentioned are members of the European Union and thus the holders of Portuguese, German or Maltese passports have full freedom of movement within the whole European Union which includes 28 European countries and the European Economic Area that consists of four extra countries. These three countries are not the only countries interested in promoting blockchain development in their jurisdictions. Cyprus is another country with a citizenship by investment program that can very well also be added to the list above mentioned. It has been active in advancing regulatory supervision of this area inside the EU and may compare with the others identified. There may be others.

While this article does not purport to give authoritative tax advice nor has it detailed all the immigration requirements for the jurisdictions mentioned, it provides investors and traders some guidance to consider in discussing a possible move to any of the countries mentioned with expert tax and immigration advisors. Two additional considerations should be kept in mind. Firstly, investors must provide a clear explanation of their source of funds to gain residence or citizenship. Secondly, in the case of Americans, to free themselves of taxation by America were they to move to any of these countries, Americans would need to renounce their citizenship since that country taxes worldwide income based on citizenship.

Republicans And Democrats Now Both Worry About A Fair 2020 Election, Poll Shows

Time To Sing A Different Tune? Why Clean...

Conservation Easement Reform – 250% Is Too Much

Why Has Grocery Outlet Stock Been Trending Lower...