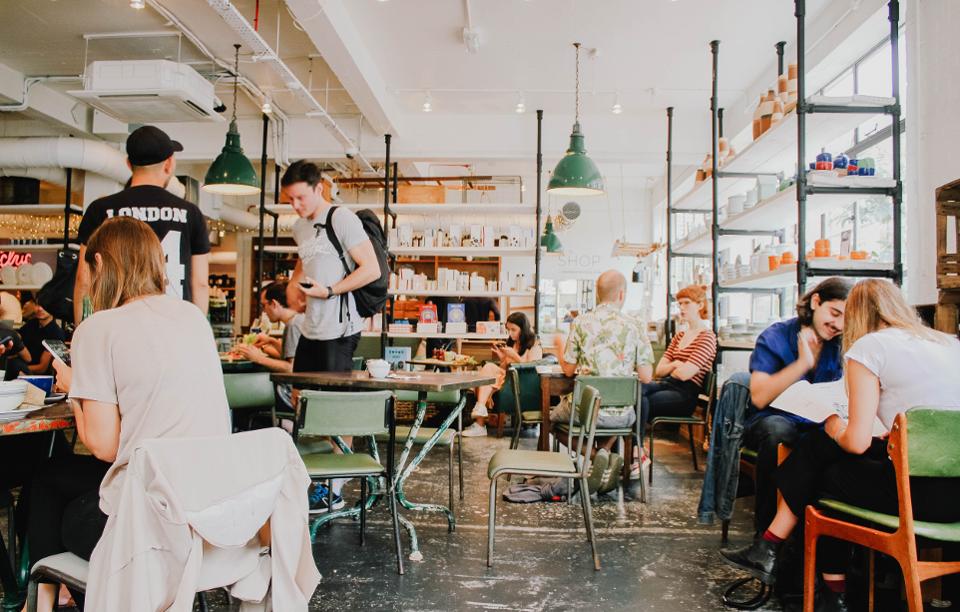 Remote work is here to stay, but studies show that there are downsides to working from home too … [+] frequently. That’s why smart companies are keeping their employees engaged in their local communities.

The old days of being chained to a desk are disappearing. With the rise of remote work, new tools have allowed workers in a wide range of industries to break the bonds that previously connected them to a physical workplace. Suddenly you no longer need to be in the same place in order to work together—even on the same project.

With more remote work-oriented tools coming out every year, having the flexibility to go remote has increased in importance to the point where 99% of respondents to Buffer’s recent remote work survey said they’d like to work remotely at least some of the time for the rest of their career.

That’s not a typo, and it’s not the only study to highlight this trend. Another survey from IWG found that 80% of workers would choose a position with flexible work over one that didn’t offer it. Plus, one third of those workers surveyed valued location flexibility over having more vacation time.

The Astonishing Results Of Work-From-Home Programs

One Stanford professor was curious about whether working from home was beneficial or harmful for productivity. So he contacted the cofounder of CTrip, China’s largest travel agency. They designed a case study that ran for two years and pitted a remote work group against a control group.

The result? There was a massive productivity boost for the people who regularly worked from home.

Now, the caveat to this was that many of the remote workers reported some loneliness and didn’t want to work from their homes all of the time. Bloom’s study ultimately recommended a mix of remote and in-office work. But the undeniable productivity boost and drop in turnover were easily worthwhile for them.

More than 26 million Americans currently work at least part of the time from home. That number is likely to continue going up as companies realize the benefits they can reap in productivity.

Getting Beyond The Company With Remote Work

Remote work doesn’t just include people working directly for a company, either. There’s an army of freelancers and solopreneurs out there who make their entire living as flexible workers, using job boards and remote work services to find clients that are willing to pay them a living wage.

Companies like TopTal and Upwork have carved out a niche for themselves as middlemen connecting these talented individuals with companies all over the globe. There are even more individualized platforms like YouTeam, as well, which specialize in talent in a specific field—in YouTeam’s case, software development teams.

YouTeam is distinguished by its team focus. Because of this, I asked Galina Divakova, head of marketing for YouTeam, what makes services like hers so valuable for companies.

“It’s a global marketplace,” Divakova explained. “The world is a lot smaller now than it used to be, and you don’t have to limit yourself to talent that’s just in your geographic area. Sure, someone may be the best developer in your city, but are they really the best? Maybe there’s someone in Warsaw, Kyiv, Bogota or Santiago who can do the job better.”

That’s how many of the companies in this emerging landscape of remote talent sourcing have made their mark. Talent is everywhere, and as the world has gotten smaller it’s raised the overall number of industries that can do remote work. When you broaden your talent pool—you find better talent.

The Type Of Work Matters

One Harvard study tried to break down remote work more carefully and discovered a few characteristics about the type of work that benefits most from being remote. Most of the time, new employees benefited from getting face time in the office, as there’s some natural learning that takes place with the sort of incidental contact you get by the kitchen, water cooler and the coffee machine.

But after a certain amount of time, they saw a similar productivity boost to the more entrenched employees who’d been doing the work for a while.

A logical and unsurprising conclusion from the same study, is that remote work is best when it involves very independent tasks that don’t need a lot of hands on oversight. Though tools have advanced in leaps and bounds, collaboration is still often easier in person. The benefits in talent may outweigh the difficulty of collaboration, but there are trade-offs.

Software developers, artists, writers and other independent (and often introverted) types of workers tend to handle remote work the best—as their work is often done largely independently, even in an office environment.

Why Are Some Companies Hesitant To Go Remote?

Recently, there have been a few high-profile companies that backtracked on their experiments with remote work—including Yahoo! and IBM. It’s important to remember though, that these are outliers in a much larger trend that suggests more companies benefit from remote programs in the long-term.

Still, many companies are hesitant to give up the control that having employees in-person can seemingly lend them. Perhaps it comes from a worry that lack of oversight will translate into workers slacking off, but that’s a problem that should be solved during the hiring process.

Other companies are used to measuring employee productivity by the number of hours worked in a given day or week, not as much by the results they produce—and remote work relies primarily on results for feedback. As the industry moves inexorably toward more remote work though, these attitudes are changing.

The best and brightest companies in the world are implementing remote work programs. They’re hiring remote workers to do everything from develop software to write copy, create illustrations and lead customer support efforts. They’re offering benefits tailored to employee retention by allowing them to spend at least some of their time working from home.

The world has grown smaller, and the talent pool is no longer just the people that live in one area. Remote work clearly isn’t going away, but it’s important to make sure that companies also make efforts to keep employees engaged in their communities and active outside of their own homes on a daily basis—in order to stay happy and healthy.

What Is Intergenerational Solidarity, And Why Does It Matter For The French – And For Us?

Forbes – How To Recruit, Upskill, And Advance:...

How To Leverage Data To Make Better Hiring...

How Your Business Survives A National Crisis Or...

The Shoe Company Making A Difference Literally One...