Why The Coppa Italia Format Needs An Urgent Overhaul 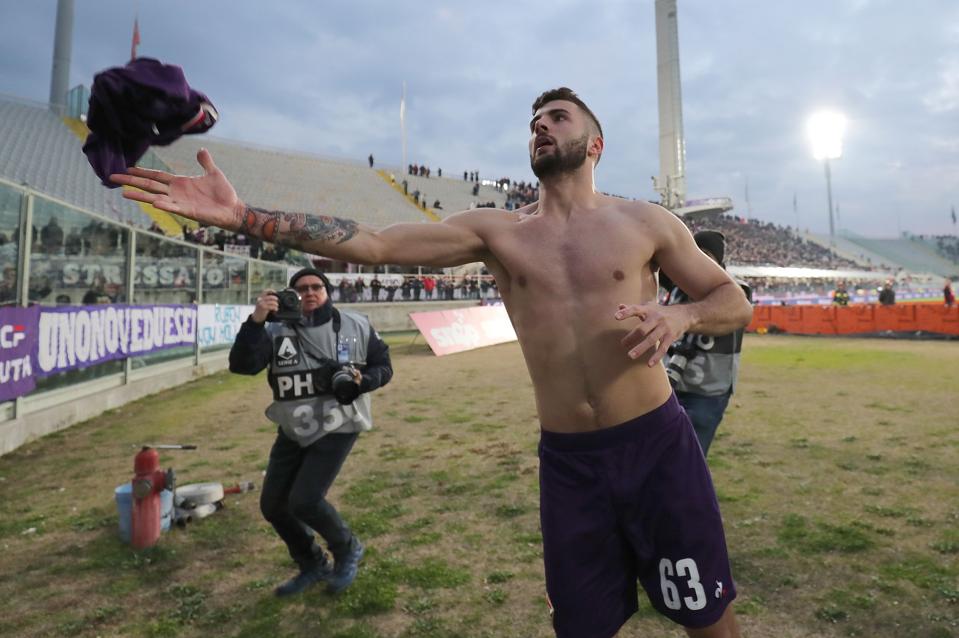 FLORENCE, ITALY – JANUARY 15: Patrick Cutrone of ACF Fiorentina celebrates the victory after the … [+] match between ACF Fiorentina and Atalantan BC Tim Cup at Stadio Artemio Franchi on January 15, 2020 in Florence, Italy. (Photo by Gabriele Maltinti/Getty Images)

The Coppa Italia, Italy’s cup competition, really should be as interesting as the English FA Cup.

While it’s true that Italy has a much bigger gulf between the top flight and the divisions below it than the English equivalent, the inclusion of the smaller teams would make for some interesting viewing, if only the tournament wasn’t fatally flawed in the way it has been set up.

There was a new winner of the trophy last term following four consecutive victories for Juventus in the previous editions of the competition. Atalanta were defeated by Lazio in the final on May 15th 2019, the Biancocelesti finally victorious following losses in the final to Juve in both 2015 and 2017.

As the Coppa Italia resumed on August 4, no less than 78 sides were attempting to emulate the achievement of Simone Inzaghi’s men last season. Such figure is comprised of nine teams from Serie D, 29 from Serie C, and 20 each from Serie B and Serie A.

A seeded system sees the first round featuring those from the third and fourth tiers of Italian football, as clubs such as Mantova, Sanremese, Catanzaro and Novara fight it out for a place in the next stage of the tournament.

Round two is held just seven days later on August 11, when the 18 winners from the initial set of fixtures are joined by 22 more clubs made up from the entirety of Serie B, plus Carpi and Padova, who were relegated into the third tier at the end of last season.

The 12 Serie A sides who finished between 9th and 20th place last season enter at the third round, held on August 18. They join the 20 winners from round one and two to make 16 fixtures, with the winning sides going on to play one more round before the top ranked teams are inserted into the fray.

Only eight sides from the opening four rounds make it through to face the teams seeded 1-8. Napolil face the winner of match number 55, Lazio 56, Atalanta 57, Inter 58, Milan 59, Torino 60, Roma 61 and Juventus 62. Theoretically then, if one of the lesser teams has a good run, they could face one of Italy’s giants in the quarter-final.

In 2015/16, Alessandria of Serie C made it all the way through to the semi-finals, beating AltoVicentino in round one, followed by Pro Vercelli, Juve Stabia and Palermo before reaching the final phase.

During the last 16, they pulled off a giant-killing by defeating Serie A side Genoa, then recorded a 2-1 win over Spezia in the quarter-final. Their journey ended with a 6-0 aggregate defeat to AC Milan in the semi, however it had been a fantastic journey for the Piemontese side.

In 2017, Serie C team Pordenone reached the quarter-finals for the first time in their history, where they faced Inter at San Siro. No-one gave them a hope of any kind of result, yet the determined side took the Nerazzurri all the way to penalties, narrowly losing by five strikes to four.

However the format of the competition means that such events are rare. This season will see Napoli take on holders Lazio, Juventus play Roma, AC Milan up against Torino and Inter challenge Fiorentina in ties to be played during the last two weeks of January.

The eventual winners of those ties will advance to the semi-final, which is the only round of the competition to be played over two legs. They will be played around the time of February 12 and March 16, with the final to be once again held in Rome on May 13, 2020.

It’s a format that weighs heavily against the underdog, yet this is not even the main problem. The round of 16 fixtures are organised over four separate midweek days in mid-January, with many scheduled during the normal working day for most people.

For example, Fiorentina’s match with Atalanta—a game between two sides which put on a thrilling nine goal display in last season’s two-legged semi-final—was scheduled for 15:00 CET on Wednesday January 15th. It was surprising that the attendance at the Stadio Artemio Franchi was as high as 13,395 at such an inconvenient kick-off time, but the Viola supporters let their feelings be known.

The blame was firmly placed at the door of the league itself and television company RAI, the latter undoubtedly a factor in staggering the kick-off times in order to maximise the number of games that can be shown on television.

In truth, the Coppa Italia just fails to provide any romance, glamour or universal appeal for those who follow Italian football. Those who are in charge need to look again at the format of the cup competition, one that could be so much more if the league prioritised innovation over what has always been.

Ubuntu Linux 20.04 Ditches A Feature That’s Been Annoying You For Years

The Snyder Cut Is Real — Everything You...

Why The Cinema Industry May Be In The...

9 Answers To Your Most Pressing Unemployment Questions