Why The Global Economy Needs A Paris-Style Agreement For Nature 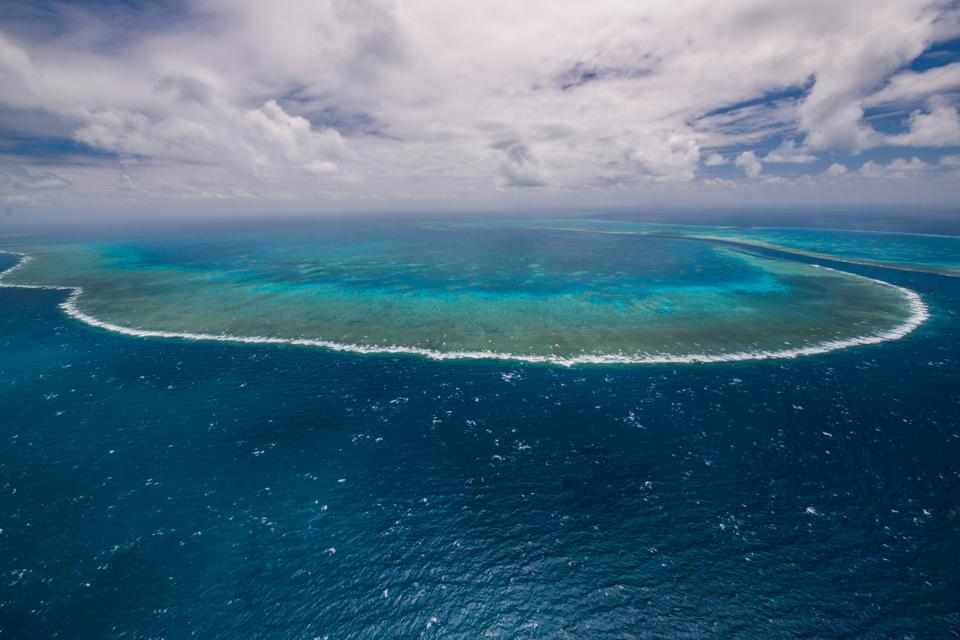 Ecosystems such as Australia’s Great Barrier Reef are under threat from economic development, … [+] over-exploitation and climate change

The natural world is something that we take for granted, but it is more than nice views and amazing wildlife – and it needs protecting with an agreement similar to the Paris Agreement on climate change, a wildlife charity argues.

We depend on nature for key parts of our lives, from food and water to medicine and clothing. Yet the human race is causing a loss of nature that is a massive threat to huge parts of our economy that could cost us trillions of dollars, warns WWF in a new report.

Nature is currently declining at rates unprecedented in human history, with up to 1 million species threatened by extinction, WWF says. Since 1970, wildlife populations have declined on average by 60%. Over the same period, we have lost more than half of the world’s coral reefs and over a third of all wetlands.

The Global Futures initiative poses a stark warning – that unless we reverse nature loss, trillions of dollars will be wiped off the world’s economies, industries will be disrupted and the lives of millions will be affected.

“Nature underpins our health, well-being and livelihoods, yet we are destroying it much faster than it can replenish itself,” said Marco Lambertini, Director General of WWF-International. “Tackling nature loss and degradation requires us to set science-based targets for nature similar to the carbon neutrality goal of the Paris Agreement. We must bend the curve on nature loss and commit to being nature-positive by the end of the decade.”

From climate change, extreme weather and flooding, to water shortages, soil erosion and species extinctions, evidence shows that our planet is changing faster than at any other time in history, WWF says. “The way we feed, fuel and finance ourselves is destroying the planet’s life-support systems upon which we depend. As we enter a new decade, we are not just in an environmental crisis – we’re heading for an economic crisis too.”

The research highlights the benefits that nature provides to all nations and industries through ‘ecosystem services’ – including pollinating crops, protecting coastlines from flooding and erosion, fresh water and air, timber production, marine fisheries and storing carbon.

It outlines how the natural assets that provide these services (such as forests, wetlands, coral reefs and fish stocks) would change under a range of future development scenarios and how those changes in the supply of ecosystem services would affect economic outcomes including GDP, trade, production and commodity prices.

The report says that if we don’t make changes, damages to the natural world and the services it provides would cut global GDP by $479 billion or 0.67% a year, leading to total losses between 2011 and 2050 of $9.87 trillion.

Much of the cost would come from an increase in the prices of key commodities such as timber, which would rise by 8%, cotton (+6%), oil seeds (+4%) and fruit and vegetables (+3%), “as the world’s agricultural sectors will be hardest hit by the loss of nature’s benefits”.

Many of the impacts of changes in prices, trade and production levels, would hit poorer countries hardest, compounding the risks faced by millions in already vulnerable economies in regions such as Eastern and western Africa, central Asia and parts of South America, which would see cuts to GDP of up to 4% a year.

But industrialised countries like the USA, Japan, Australia and the UK would also see large losses due to loss of coastal infrastructure and agricultural land through flooding and erosion.

But WWF says that “these figures are highly conservative and should not be considered an assessment of the total costs of nature’s loss for several important reasons. The current model only considers six of the many ecosystem services provided by nature (those for which there is enough evidence to quantify). Nor does it account for the potential effects of ‘tipping points’ – thresholds beyond which habitats change rapidly and irreversibly, such as rainforests shifting to drier and more fire and drought-prone savannahs, making them vulnerable to catastrophic failure of ecosystem services.” As future versions of the model address these issues, WWF expects the economic case for preserving nature will be further strengthened.

These losses are not inevitable, though, the report states. If the world adopts a more sustainable development pathway and safeguards areas that are important for biodiversity and ecosystem services, the world will be at least $490 billion per year better off.

The report comes at a critical time, with global leaders set to make important decisions this year at a once-in-a-decade international summit on how to tackle threats to biodiversity and ecosystems.

“This year, we have a historic opportunity to change course for the sake of people and planet. Countries must come together to deliver an ambitious global agreement to recover nature, to complement the agreement we have for climate,” Lambertini said.

Focusing on Gratitude to Build Relationships