Exchange programs for organ donations are an underused option for reducing the massive queue for desperately needed organs. These can be simple paired exchanges between strangers whose loved ones are matches for each other.

Or they can be more complex daisy chains, which are kicked off by a non-directed donor – let’s call her Angie. There’s no one in Angie’s life who needs a kidney, but she generously donates one to a complete stranger, Barkhad. Barkhad’s wife was willing to provide one of her kidneys to him, but they were incompatible. So she becomes a bridge donor, paying it forward by donating a kidney to another stranger, Christelle. And on and on. The number of donors in a kidney transplant chain can reach into the triple digits, and computer algorithms are used to calculate the potentially very complicated logistics.

Kidney chain programs tend to be operated within countries, although global exchanges have increased in the last few years. India and Portugal made their first exchange in 2015, and Austria and the Czech Republic in 2016. The nonprofit organization Eurotransplant supports collaboration across eight European countries, benefitting from a larger pool of potential matches.

But, as with so much of healthcare, wealthier countries have an advantage. Enter the Global Kidney Exchange (GKE), which since its establishment in 2015 has attempted to bring together donor–recipient pairs from poorer and richer countries. 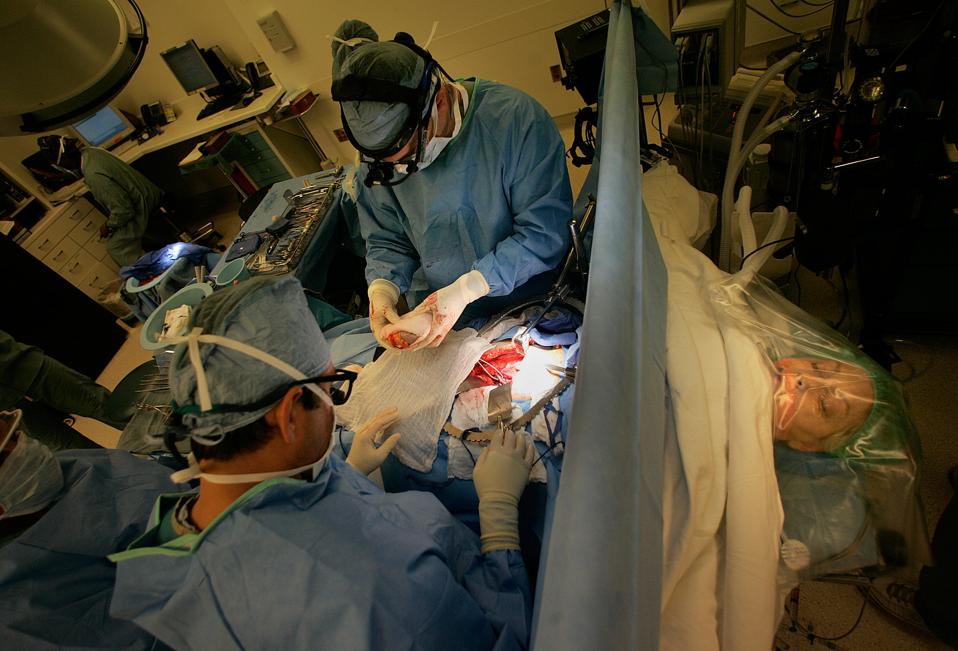 In Los Angeles, a kidney transplant is performed as part of a chain of 10 donations. (Photo by … [+] Spencer Weiner)

There are some key differences from a domestic program. The GKE starts with a person in a high-income country who has a willing donor, but isn’t a match for them. The program links them with a pair in a low- or middle-income country who might match each other, but can’t afford the medical fees. The GKE covers the cost of the surgery and allocates $50,000 for post-surgery expenses. However, it doesn’t compensate donors for lost wages (which the US has been doing since a Trump executive order in July 2019).

The GKE has been philanthropically funded so far, but it’s possible that US health insurance companies might assume the expenses in the future. The exchanges are cost-effective on the rich-country side because the costs of medical care are smaller in lower-income countries. As well, dialysis is an unusual medical procedure in that every US citizen is entitled to it. Kidney transplants work out to be much cheaper than years of dialysis.

This lopsided cost-effectiveness is one of the main sources of controversy around the GKE. One argument is that, to use the example of the first GKE match, the US ultimately benefits much more than the Philippines. If the Filipino pair is already a match, but the first US pair isn’t, the Americans are receiving a kidney matching service (kickstarting a daisy chain) that the Filipinos didn’t need. What the Filipinos did require was payment of their expenses. If they had the financial resources, they wouldn’t need an exchange program at all. They, or their medical system, could have covered the costs of the transplant.

Another reason that the benefit weighs more heavily on the US side is that following surgery in the US, the Filipinos return to a country with fewer resources. (Human resources are just part of the story, as many Filipino medical professionals migrate to the US.) The US patient will probably receive a higher level of post-surgery care. This different level of care also creates an argument that countries with more limited resources won’t be able to make full use of the transplant services.

As well, the financial incompatibility raises the specter of organ trafficking. Receiving a free transplant and other medical services could count as payment in kind, and thus some organizations consider the GKE program a form of trafficking organs from financially vulnerable people.

This exchange might also muddy the waters in countries where organ sales do exist, possibly creating an air of legitimacy around black-market deals. And it could increase pressure and coercion, in any country, on relatives and friends reluctant to donate their kidneys. 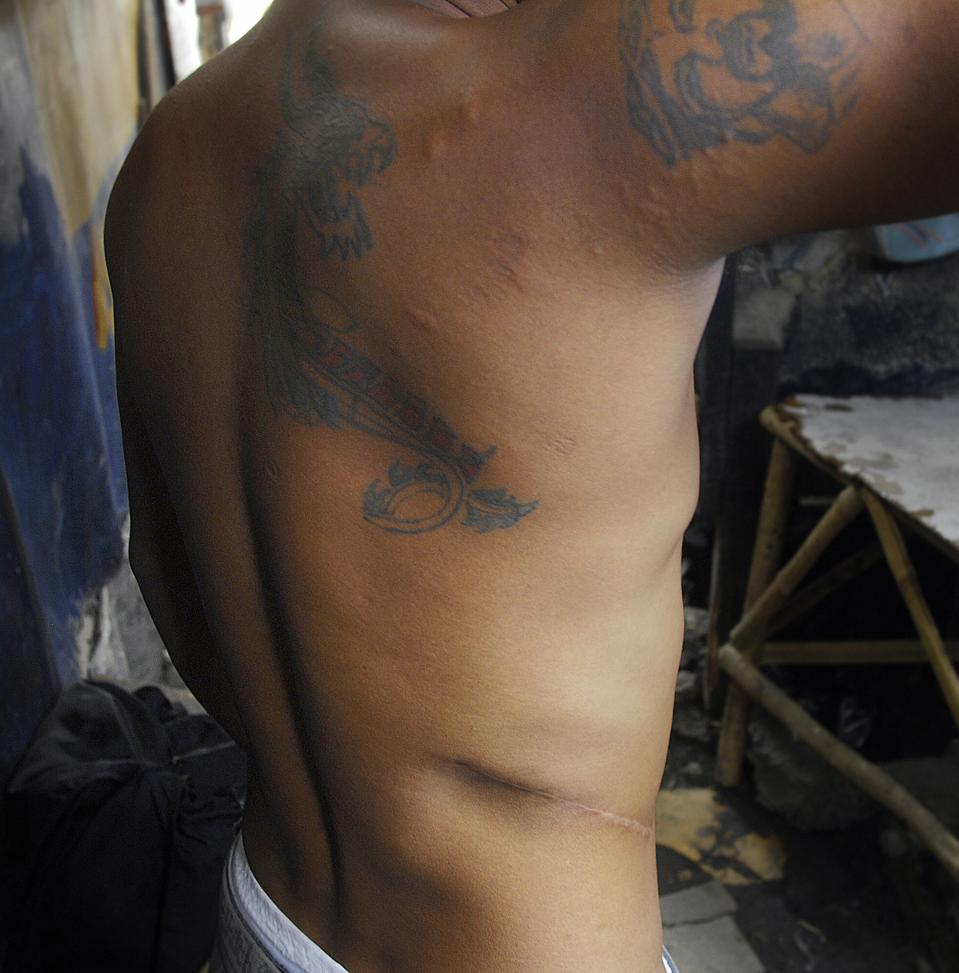 In Manila, Mark Garcia shows his operation scar after selling a kidney. He was paid $3,848, and an … [+] American received the kidney. (Photo by Jez Aznar)

These are complicated ethical questions. How much choice can a person with less financial power exercise? Should the will of that person be respected at all costs? Should medical officials consider the relative benefit to countries or remain focused on the individuals? And is it exploitative or resourceful to make use of the disparity between high-income countries like the US and middle-income countries like the Philippines and Mexico, all of which have participated in the GKE?

The medical team involved in the first Filipino match are adamant that it was positive. In an impassioned letter to the editor of the American Journal of Transplantation, they write:

“No alternative existed for this Filipino pair and millions more like them. GKE did not exploit this Filipino couple—it provided the mechanism for the wife to literally save her husband’s life. They could not afford dialysis.”

“For 3 years on Father’s Day, the couple’s child has written our team to thank us for saving his daddy’s life.”

Meet The ‘Crocodile’ That Walked On Two Legs...