Why The Small But Mighty Savennières Should Be on Your Radar 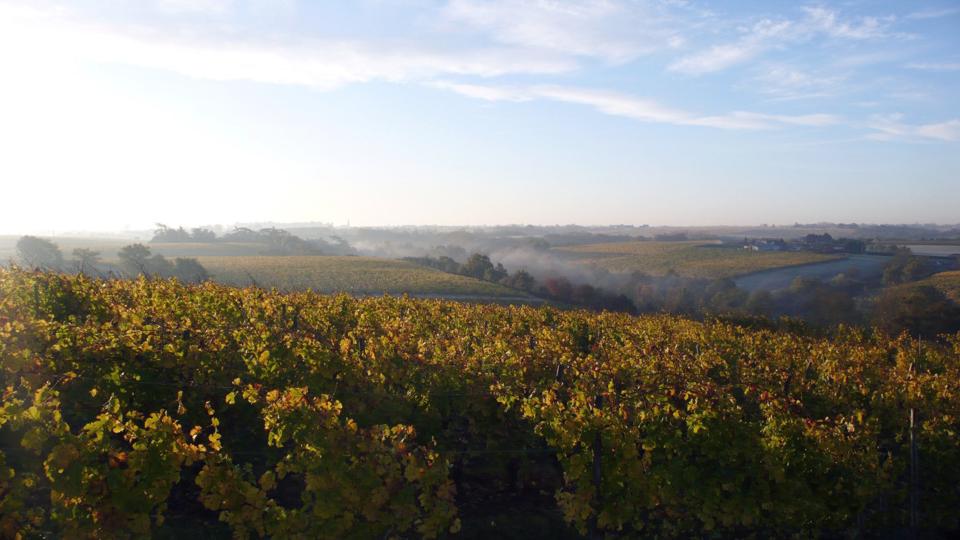 Nestled into a little nook of the Loire Valley, Savennières—all 156 hectares of it—is the spot where, traveling west, Sauvignon Blanc submits to Chenin Blanc, the only variety authorized for the tiny appellation.

Master of Wine Jancis Robinson called Chenin Blanc “France’s answer to the German Riesling” because of its great versatility—from generous or tightly structured dry wines and the sparkling Crémant de Loire, to off-dry dessert wines. Once known for its botrytised wines, Savennières over the years evolved as a sub appellation of wines with bright acidity and minerality. Here, Chenin’s tight structure and bracing acid make for great aging—the best examples aging up to 40 or 50 years in bottle (also like Riesling).

Elsewhere in Loire Valley Chenins have a wide range of expression from lime, green plum and green apple to peach, quince and a briny minerality. In their youth, those from Savennières can have jolting austerity. But with age, they are perhaps the most elegant expression of the variety, featuring honey, acacia and ripe apples. Newer vintners here are softening the wines with malolactic fermentation, barrel aging and added residual sugar. It’s not a change that everyone understands.

“There are (now) more Savennières producers having their wines imported and they’re more a proliferation of styles,” says Patrick Will, vice president of brand manager and development at Vintus who imports wines from here. Such diversity, he said, can create  “a confusion of styles.”

Savennières has two sub-appellations: La Rouche aux Moines and the monopole La Coulee de Serrant facing south along the Loire River. The appellation produces 5,350 hectoliters and gets hardly a mention in trade and consumer press. But the teeny jewel of a region has numerous forthright ambassadors such as biodynamic champion Nicolas Joly of the famed Coulee de Serrant and Evelyne de Pontbriand, owner of the organic-certified Domaine du Closel-Château des Vaults.

The petite and soft-spoken de Pontbriand, a former literature teacher, seems unassuming, but she is a mighty voice. Her estate, once known as Château des Vaults, has produced wine since 1495, and once belonged to the Marquis de Las Cases, a descendent of Napolean’s official biographer.

The estate became uniquely identified with Savennières when the property transferred to the next-generation Marquise de Las Cases. She added the Domaine du Closel nomenclature as an honorific to her husband, Bernard du Closel, founder of the Savennières appellation in 1952. The couple’s niece next inherited the property, and she passed it along to her daughter, Evelyne—now the third generation of women to run the estate.

Such a legacy almost mandates that de Pontbriand take up the appellation’s mantle, and indeed she did: Like her mother, she has served as the AOC’s president (2009-2016). But de Pontbriand says nothing in her childhood to prepared her for this for operating an estate.

“I was educated in music, art and cooking, not management,” she recalled, during a tasting in her dining room adorned with family portraits and velvet brocade. “I was home-schooled by my mother and spent six months in the country with my grandparents learning about nature.

“We are not businessmen, we’re artists,” says de Pontbriand. “You have to drink our wines as you would visit a museum. But if we are stuck in our heritage, we will become a museum.” 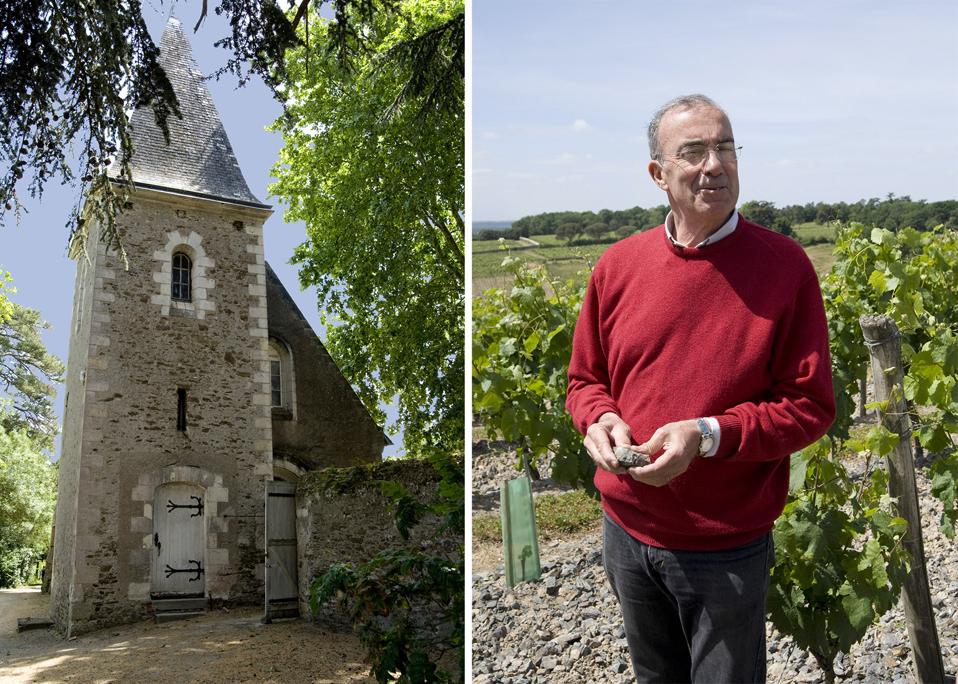 Luc Bizard of Chateau d’Epiré, whose wine cellar is a Romanesque chapel from the 12th century. “We … [+] idealize the acidity” of the wines, he says.

Under her watch and at her urging, legacy winemakers like sixth-generation winemaker Luc Bizard of Chateau d’Epiré and Florent Baumard of Domaine des Baumard stepped out of Savennières’ hushed gallery and into the noisier world of wine marketing—not a fluid task for producers like Bizard who says he has “Savennières in my veins.” His great-grandfather inherited his 17th-century chateau, where they produce some 50,000 bottles annually. Their cellar is a deconsecrated Romanesque chapel from the 12th century. Change doesn’t come easy for him.

“We have our own interpretation of Savennières,” says Bizard. “We idealize the acidity.”

Bizard isn’t alone. Will, the importer who’s been working with Baumard wines for 15 years, says the razorblade sharpness of the wines is what first attracted him to the AOC.

“To me, the style of Savennières that I grew up with is what I think is authentic—bracing and rich and quite unusual,” Will says. “Now, it’s all over the map. It’s a small area with more producers and lots of different schools of thought. No longer is an under-ripe Chenin the byword for Savennières.”

Baumard, whose winemaking roots date to 1634, is a proponent of the territory, and comes with impressive credentials: His grandfather was a nurseryman, and his father was the first grower from Layon to invest in Savennières in 1968, buying some 14 hectares of vines in the Clos du Papillon (a 14.5-hectare vineyard so-named for its butterfly shape and which is co-owned with three other growers) and Clos de Saint Yves parcels—still among the jewels in the crown today. The elder Baumard, a professor of viticulture and oenology, was influential in re-trellising the vineyards to enhance ripening.

“All our wines are dominated by their origin— it is the strength of the schist soils that come out.” But, even though he says they are “the most exciting and unknown wines in the world,” the younger Baumard notes, “[they are] not easy to discover.”

“The marketing challenge is that Savennières really has no image,” he said.

Until the producers settle into an identity—something de Pontbriand is working towards—there will be nostalgia for the Savennières of the past.

“My dream is the Savennières returns to its place at the top of the vineyard, as in between the two World Wars,” says Bizard. 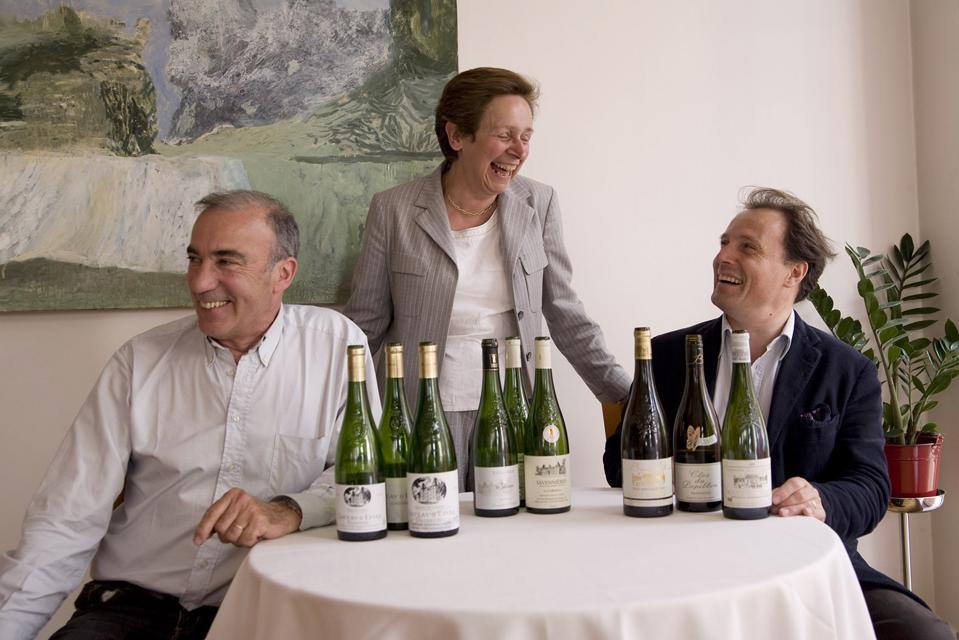 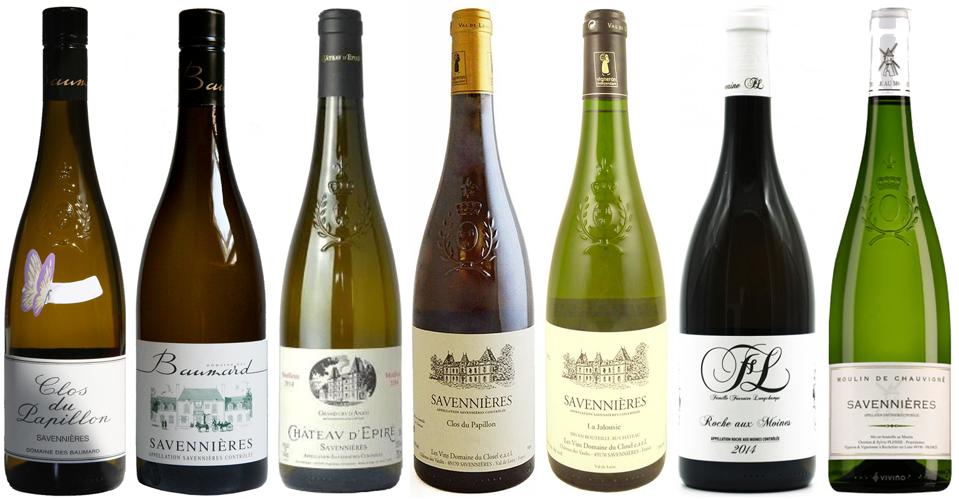 RESPECT: A commanding range of Chenin Blancs from Savennières

Domaine des Baumard Clos du Papillon 2015: Like the butterfly adorning its bottle, this is a wine that takes flight: fresh, mineral-driven, white pear and green plum. Pretty texture—slight but not too heavy creaminess. $60

And some others to try:

Moulin de Chauvigne 2017: Clean, a direct expression of fruit. White pear and apple. Not honied, but rich with good acid. $22+/-

[some prices derived from online research]

On Their 19-Hour Journey To The ISS, Here’s What Crew Dragon Astronauts Can See On Earth

Should You Start More Than One Startup At The Same Time?