Breaking
5 car tyre and safety tips for a...
Everything You Need to Know About Corporate Social...
Is Adaptive Leadership the Key to Motivating Employees?
Why business events are set to return with...
Business events set to return with a bang!
Expanding Internationally: 5 Things to Consider for eCommerce...
How the Machine Shop Is Going Digital in...
Sustainable Food Packaging Is Helping the Hospitality Sector...
Top 5 Investment Practices To Make More Money...
Managing IT Requirements for SMEs: 5 Aspects that...
How To Build a Successful Luxury Brand In...
Finding The Best Google AdWords Consultant for Your...
8 Top Tips To Help Your Agricultural Business...
Three Reasons Why Office Décor and Design Are...
Looking To Improve Efficiency In Your Business? Here’s...
AI and machine learning for business
Home Social Media Why The Tech Space Needs More Innovators Like Zappos CEO Tony Hsieh
Social Media 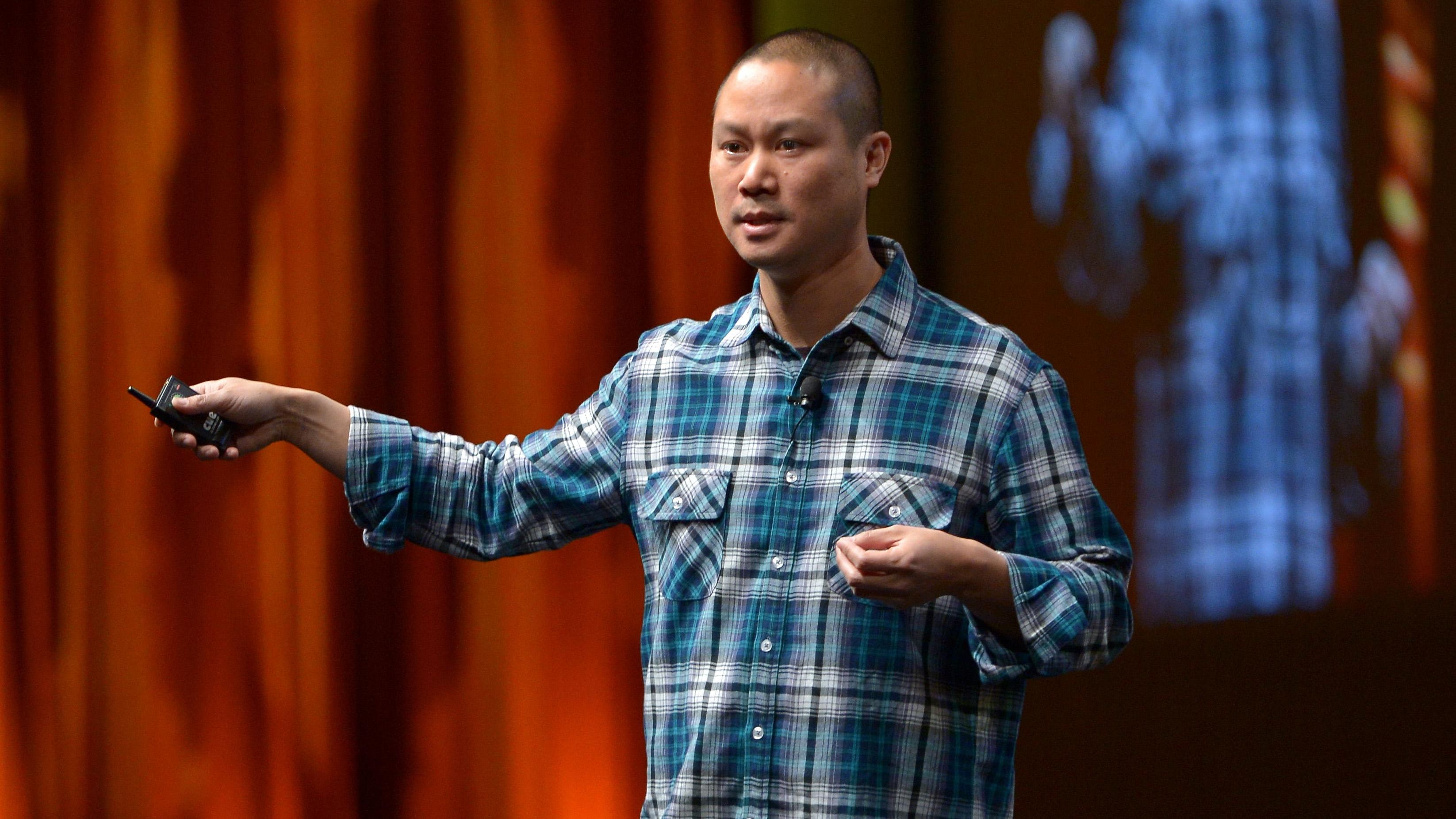 I was sitting on the roof of one of those trendy Las Vegas eateries.

Not the fake ones at the Venetian hotel modelled after an Italian villa where the walls and the sky are painted blue but you’re actually in a casino. Instead, it was a real roof under brightly lit stars.

I was nursing an Arnold Palmer (I haven’t had a real drink since high school) and a bad headache after a few days at a tech conference, lounging on an outdoor sofa with a couple of PR reps and a photographer friend. The eatery was in the downtown area and, off in the distance, I could barely make out what looked like a couple of Airstream campers. It seemed a little odd, but then the whole downtown vibe was weirdly serene.

A guy walked up with his dog and made a joke about the weather. My photographer friend started petting his dog and we chatted about puppy-training, downtown revitalization, and Airstreams. I’m a little less outgoing but eventually we struck up a rapport and he handed me a business card. It didn’t really dawn on me at the time, but the unassuming guy was actually Tony Hsieh, the founder of Zappos who had a net worth of around $840 million.

The news late last week that Hsieh had died from injuries sustained in a house fire struck me on a personal level. Not that we were friends, but as a journalist I’ve followed his innovative approach to business for many years. I remembered that meeting on the roof and also a few email exchanges afterward about a company called Zirtual (he was an investor). I remembered a legacy that was built on putting the customer first and treating people with kindness.

One thing that surprised me about meeting him on that roof is that I didn’t even realize he was a multi-millionaire who had started a successful company. He had a chill demeanor and never even mentioned his background (he only said his name was Tony), but I could tell he was insightful. There was something about his viewpoints that seemed appealing. At the time, he lived in an Airstream trailer even though I’m sure he could have afforded a mansion.

More importantly, he showed tremendous empathy. Again, this was a brief chat on a rooftop bar but I still remember it. I must have looked tired because he picked up on how we were slogging through the tech show. I also remember how the PR rep seemed to have the same unassuming vibe, not realizing that he was a famous tech CEO stroll by with his dog.

I wish more luminaries in tech had this same approach. As a journalist for the last 20 years, I’ve met countless entrepreneurs who seem to practice the “fake it until you make it” aesthetic. They seem proud and overly assured with their own ability, which seems to reveal some deep insecurities. If your idea holds merit, it will last—people will notice. I remember meeting Steve Jobs once as well and he had a similar unassuming attitude (at least in a crowded press pool; I know he could be aggressive) because he didn’t have to prove anything. He didn’t need to impress us.

If 90% of the idea for a tech company is based on a false narrative (I’m thinking of something like Theranos) then you will only see posing and posturing. Watch out, though, if the idea is actually novel and groundbreaking. Innovation sings a tune none of us have heard before, and when we hear it, we know it’s unique. We’re drawn to it because we recognize brilliance. We can’t help ourselves and want to be part of it because it changes everything.

Hsieh was like that—a true idea molder and idea magnifier.

I was sad to hear the news because it seems as though the truly brilliant innovators, the ones we all look up to and respect, are few and far between. We all need those sparks right now as the pandemic rages. My sympathy goes out to his family, and may his legacy live on with other innovators.

7 PR Tools You Need To Be Using Every Day

How People With Disabilities Help The Economy Grow And Thrive