Breaking
Looking To Improve Efficiency In Your Business? Here’s...
AI and machine learning for business
How Social Media Changed the World
Shopify: The Pros and Cons
Should your business go green?
Expanding Your Business Into Spain: What You Need...
Essentials For Your Office Coming Out Of COVID-19
What Can Marketers Learn From Digital Cults?
Why NASA’s James Webb Space Telescope Will Never...
Increasing HR Effectivity and Efficiency through Software Solutions
The Difference Between Building A Startup In Bull...
Fluor Corp Ranked Among Today’s Top Shorts
Common Pitfalls to Look Out for When Buying...
Will the Olympics go ahead this year?
Pack Up the Big Top: Insights from MozCon...
Best WordPress Themes for Blogs
Home Finance Why The Trade War Is Bad For China, But Not For Asia
Finance

Why The Trade War Is Bad For China, But Not For Asia 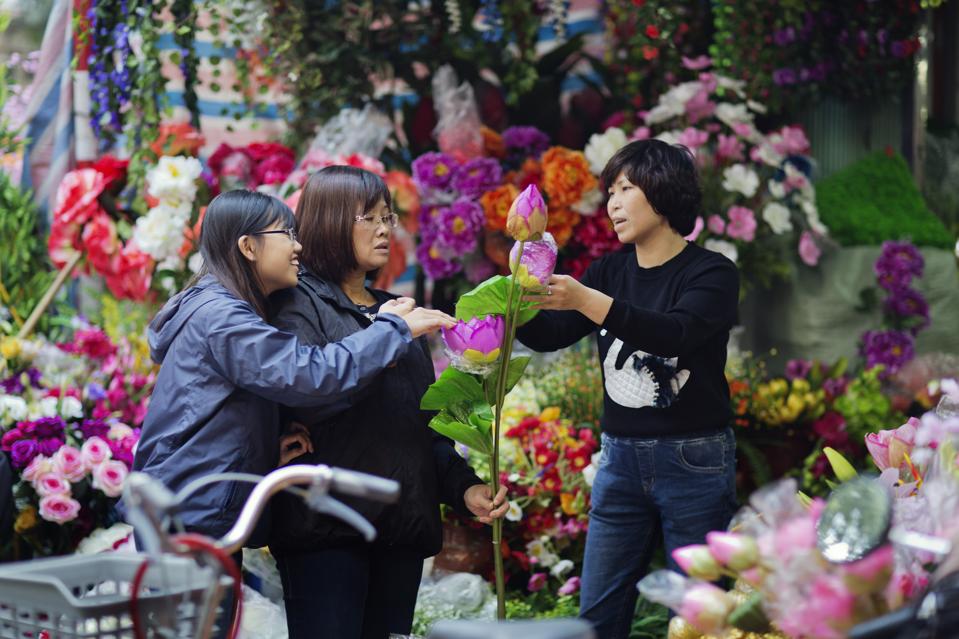 A vendor shows a bunch of lotus flowers to customers at a street market in Hanoi, Vietnam. The … [+] country has been the biggest beneficiary of manufacturing leaving China due to costs.

The trade war, now on pause until further notice, may be a headwind for China but it’s not the case with China’s neighbors throughout Asia. If they’re not benefiting from supply relocating to their countries, they are benefiting from their own home grown fundamentals.

China will grow under 6% this year, the first time since it joined the World Trade Organization. It also has a mostly angry Washington breathing down its back, unlike any other economy in the region. The risk of Samsung tech being blacklisted, or Singapore banks being sanctioned are slim to none.

If there are concrete positive developments in the phase one trade deal, set to be signed on January 15 in Washington, then Asian equity markets will benefit. Much of the bad news associated with the threat of tariffs is priced in, and Asia has taken a lot of this on the chin in 2019.

Vietnam, for instance, as measured by the VanEck Vectors Vietnam (VNM) exchange traded fund, has started the year off in the red while the MSCI China and the MSCI Emerging Markets indexes are both up. Over the last 12 months, Vietnam, long seen as one of the key benefactors of the trade war as supply moves there from China, is up only 5%, underperforming the MSCI Emerging Markets Index by a factor of two, and China by a factor of three.

Thailand, as a portfolio investment for those looking for China alternatives, has done even worse. The MSCI Thailand (THD) lost around 1% over the last year, much of it due to the poor start to 2020.

Why are they taking such a beating? Each one has their own reasons. But if investors are right, and 2020 is the year for value and not for growth like it was in 2019, then there is value to found all over the place in this region; a region that has been shunned as China’s economic growth shrinks. 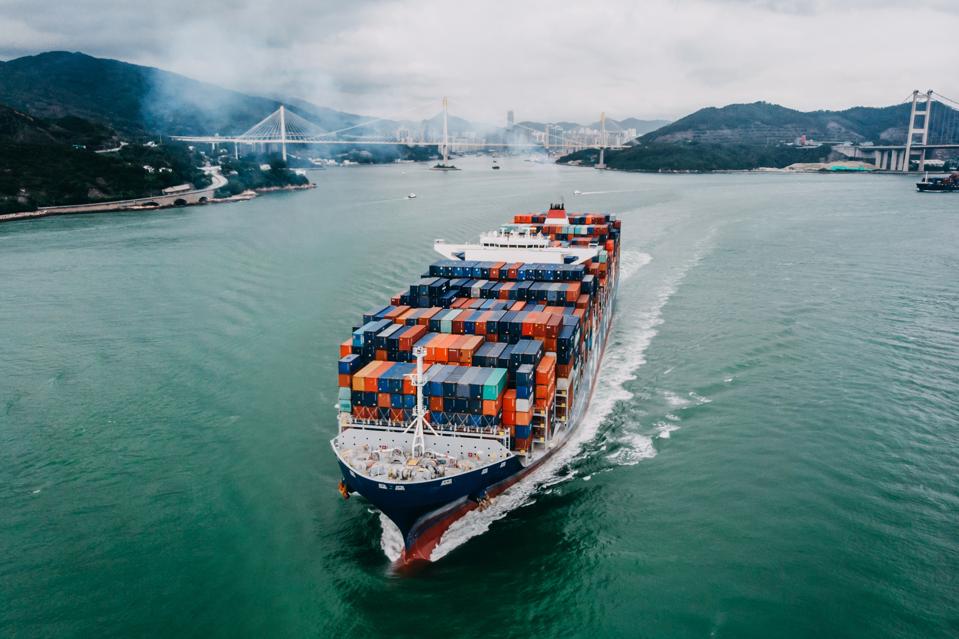 The trade war with China has hurt the world’s number two economy. A slower Chinese economy has been … [+] a headwind for smaller Asian nations that have come to grow dependent on Chinese buyers.

“From a longer-term perspective, the trade war is unlikely to derail the secular growth story in Asia,” says Simon Weston, senior portfolio manager for Asian equity at AXA Investment Managers.

The investment reasons for Asia are supported by “structural drivers”, Weston and two AXA colleagues wrote in their Asia and China outlook report, released this week. Those drivers including favorable demographics better than China’s aging population, and — like the reason everyone is buying China lately — an expanding middle class and greater urbanization that should continue to be the foundation for Asian growth for years go come.

For foreign direct investment capital, countries such as India, Vietnam and Indonesia have been attracting interest from multinational corporations looking to shift manufacturing facilities outside China.

Companies have been moving not only because of the trade war, but because of higher wages and regulations in China. Tariffs have simply lit a fire under the seats of decision makers who have been putting off the moves due to costs.

Much of these new investments in manufacturing are likely to remain within Asia, thanks in part to its labor force, proximity to China, and a growing domestic market for these manufacturers to eventually sell to as well. 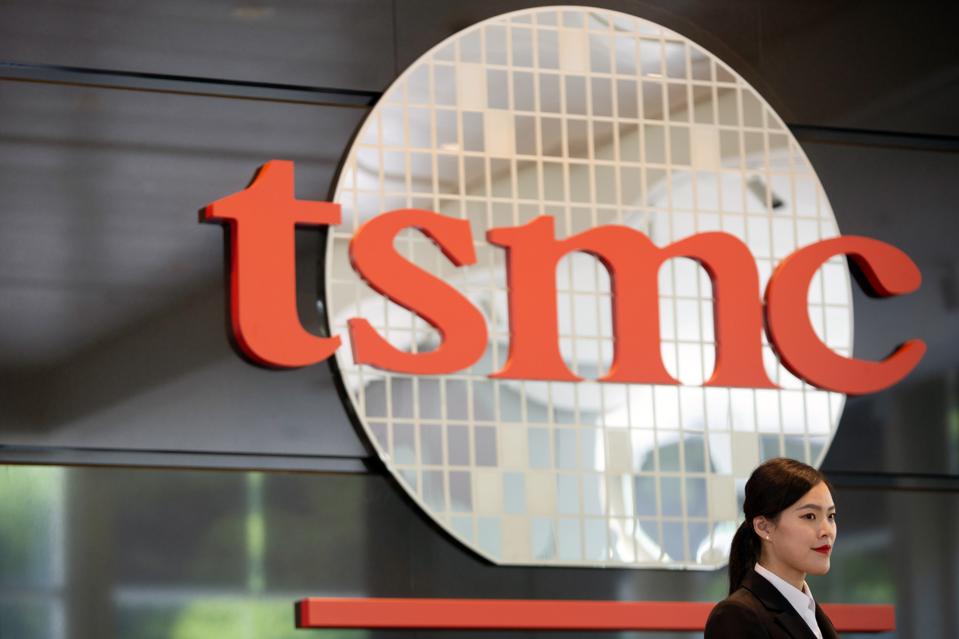 Signage for Taiwan Semiconductor. Their U.S. listed shares are up almost 70% in the last 12 months. … [+] And their current dividend yields over 4%.

One example of Asian powerhouses benefiting from the trade is Taiwan Semiconductor Manufacturing Corp (TSMC). They have become a core component supplier for Chinese companies that are looking to secure non-U.S. hardware in case Washington slaps them with sanctions like it did ZTE, Huawei and other tech firms that are buyers of U.S. chips.

TSMC is the world’s largest chip maker and is a supplier to Apple and Huawei. The company is expanding. Their share price is up 159% over the last five years.

So while the trade war is a headache for China tech companies, it’s a boon for Taiwan Semi.

“This should continue in 2020 as China rolls out its 5G plan,” says Weston.

Asian companies spent much of 2019 adjusting to the trade war by keeping a high inventory, and keeping costs and capex down. Lower overheads could benefit Asian corporate profits and cash flows this year if growth does well.

AXA analysts said Asia Pacific earnings growth should accelerate, with earnings per share reaching the high-single-digits. Sectors such as semiconductors and technology could see earnings recovery as demand catches up. This low base effect should play out particularly well for Korean technology.

Samsung earnings surprised to the upside this week.

Meanwhile, China’s Global Times newspaper is arguing that there is no rush for a trade deal just days before both sides are supposed to sign one.

The risk that China and the U.S. are not on the same page in the phase one chapter of the trade deal is a problem for Asia. But Asia can grow without China being a 6%-plus behemoth economy.

After getting beat up in 2019, Asian equities offer the value that investors in the U.S. claim to be looking for this year.

“Valuation alone is never the reason to buy something,” says Bob Doll, chief equity strategist for Nuveen. Doll thinks value outperforms growth and emerging markets outperform the U.S. this year. “When you have value along with other positive fundamentals, then it adds some power to your argument for buying,” he says.