Where does your mind go when you think of success? Does it go straight to fame, status, or financial freedom? Or, do you jump to more internal wins like family, comfort, or inner peace?

There’s no wrong answer. From becoming a millionaire to providing a stable home for your kids, these are all incredible motivators when it comes to creating something great.

But what happens if you do achieve these goals only to see them suddenly disappear? Is your status your stability, or could you let go of everything and still be you? This was the question that Murray Hidary—one of the internet’s earliest entrepreneurs—was determined to uncover. 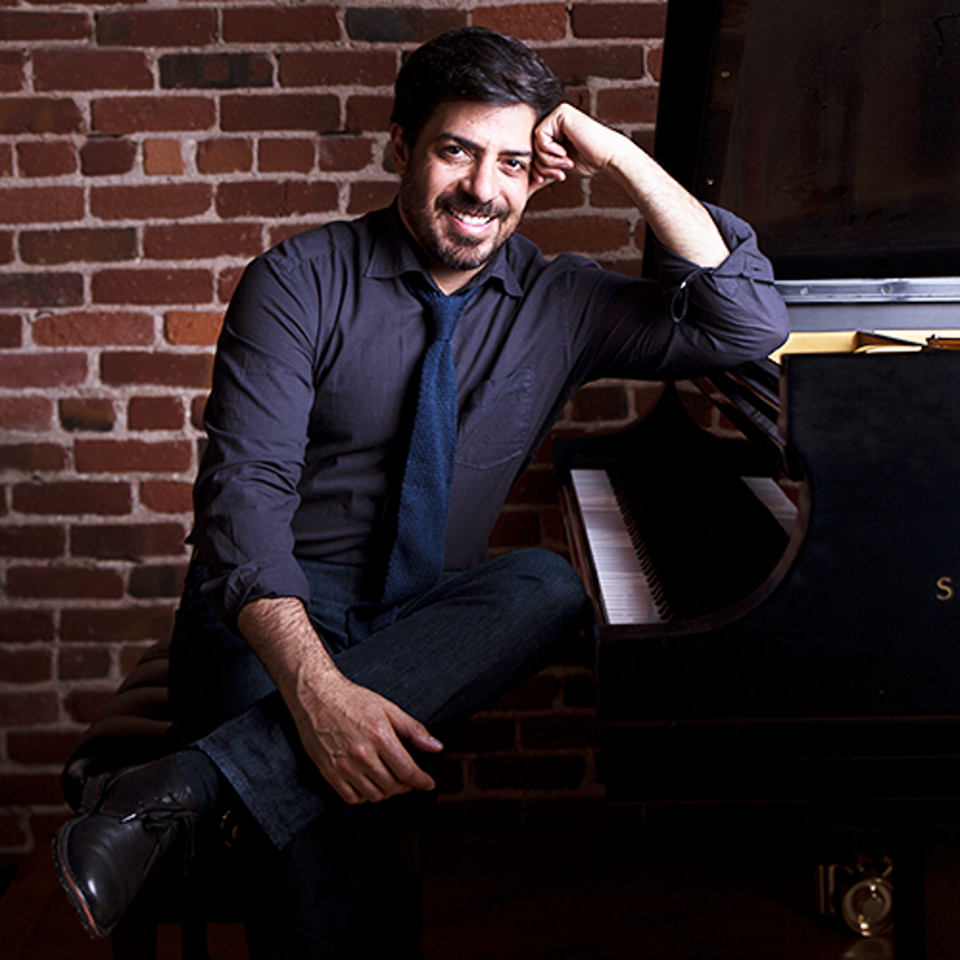 While still in his 20s, Murray made it big as an internet pioneer by building several successful companies. He also discovered firsthand that although wealth and recognition are wonderful, these outwardly impressive successes will never match the personal ones that can only be found within.

Murray comes from a family of entrepreneurs. So, it wasn’t a massive surprise that business ownership became his career. His grandfather—a Jewish immigrant from Syria—landed at Ellis Island near the turn of the last century and started a textile business in New York City. His family still runs it today.

However, business wasn’t the first professional path that Murray went down. A brilliant musician, his initial dream was to be a classical composer. As a child, music became his favorite way to creatively express himself. “It occurred to me that I had my own thing to say with music instead of just interpreting the classics,” says Murray.

Soon, he was writing compositions and took his talents to NYU to study classical composing. However, upon graduation, he became disheartened after realizing that life as a professional musician typically meant playing other people’s music and not actually composing symphonies—at least if you wanted to make a comfortable living.

“I knew it wouldn’t give me the income to do what I wanted. I wanted to lead a big, curious life,” Murray remembers.

After trying out a few different career paths, a frustrated twenty-something Murray called his brother Jack for some advice. That’s when Jack asked a question that would soon change their lives forever—

“Have you ever heard of…the internet?” Jack asked Murray.

At this time in the early 90s, the internet was very much an emerging technology mostly reserved for the government. But as Jack worked for NIH, he had caught a glimpse of the tool and saw potential. Still, he could’ve never fathomed the impact the internet would have on the world—not to mention how lucrative of a business it would be.

Soon, both brothers were hooked on the industry, and they began building a string of new web-based companies, each of which proved increasingly fruitful.

“You go into these ventures completely delusional, especially at that age,” laughs Murray. “That’s why it’s a good thing to start something so young. You have this belief that you can’t fail. It’s a critical delusion for an entrepreneur.”

Perhaps the grandest of these “delusional ventures” was EarthWeb (later renamed Dice.com) in 1994. When the company went public in 1998, the first-day return was one of the largest in NASDAQ history!

However, even amid these achievements, Murray couldn’t help but question if this is what it meant to live a successful life. Only in his 20s, he already had money, status, and a bright future. Still, he didn’t feel whole.

So, always curious, creative, and reflective, Murray began what would become a lifelong journey in learning about himself. He wanted to know that if everything he had disappeared, he would still be okay.

When your life is filled with praise and accolades, it’s easy to lose perspective of what matters. It’s also easy to forget who you are underneath it all. We all have hidden wounds and insecurities just waiting to reappear. All it takes is one catastrophe, and that armor will quickly fall away.

“When you feel good because you’re gaining attention, you’re setting yourself up for a massive crash should the opposite happen,” says Murray. “And it’s not so much should. We all go through ups and downs in life, so something will happen. It’s a question of when.”

Murray’s experienced this crash firsthand. Professionally, he lost millions overnight during the Great Recession of 2008. Within hours, he had no idea what his entrepreneurial future looked like—or if he had one at all.

But ultimately, Murray’s most shattering moment was the sudden loss of his younger sister in a motorcycle accident. In an instant, the life he had envisioned for himself and his family vanished. It would never again be the same.

Throughout these experiences, Murray felt lost, confused, and powerless. Any past accomplishments were irrelevant. If everything could vanish in an instant, isn’t it critical that we all understand who we are at our core—without our perceived successes? It’s the one thing no one can take away.

“I saw the successes as equally dangerous to my mental state,” Murray says. “It was an illusion. I had to turn within for the real answer…I had to love myself more, and I had to believe in myself.”

Though everything might be in flux—even turmoil—inner stability can keep us anchored through the storms. “I think what gets us into trouble is that we believe we’re at the mercy of our external circumstances,” Murray says. “That’s where the problems begin. I didn’t have the distinction that who I was was separate from the thoughts I was having.”

However, despite recognizing the need to separate external and internal successes, actually adjusting his mindset was hard work—and most of this breakthrough occurred when he was immersed in music.

“I would sit and play the pain out of me,” he remembers. “I would use music and the space that the music created to untangle those thoughts. I not only survived it, but it cracked open a deeper part of me.”

With the realization that this first love of music could be key to opening people up to themselves, Murray knew he was ready for his next chapter.

Nearly two decades after choosing entrepreneurship over life as a composer, Murray was ready to go back to his roots. Eager to share something that could change others from the inside out, he developed a new, immersive musical experience called MindTravel.

With MindTravel, Murray creates live, improvised musical compositions that reflect the event’s particular location and the energy within. The sounds are meant to evoke deep, personal emotions and help them feel more connected to themselves and whatever is around them. “You surround yourself with 200 other people who are drawn to it. That really is powerful,” Murray says.

So far, Murray has taken MindTravel to hundreds of places and performed for thousands of people worldwide including the Metropolitan Museum of Art, The Grace Cathedral, and Burning Man. He’s also hosted public walks and hikes everywhere from bustling city centers to remote beaches at sunset.

I can even attest personally to the program’s influence. Last year, I attended a MindTravel event while walking around downtown Detroit where I currently live.

I joined the growing crowd who all wore matching headphones programmed with music Murray made for this specific trek. Almost instantly, I began to view my own city—one I’ve walked through countless times—in an entirely new way. It was nothing short of enlightening.

Just as the walk was wrapping up, the sky opened up, and it began pouring down rain. An hour before, I would’ve run for cover without hesitation. But now, I felt different. I didn’t want to be anywhere but here, in this moment.

And as I looked around at my fellow participants, I knew I wasn’t alone.

Listen to my entire conversation with Murray Hidary on the donothing podcast.

You’ll learn more about his life as a tech entrepreneur, why traveling through Asia changed his life, how he became inspired to serve others through music, and so much more.

I’m also excited to share that Murray will be joining me at the 2020 donothing Leadership Retreat this April in Colorado. There, he’ll guide all participants on an exclusive MindTravel hike and offer wisdom about mindfulness, entrepreneurship, and growing into a more positive leader.

I’d love to connect with you on Twitter and LinkedIn, as well as have you keep up with my company imageOne. Learn about my mission to show business leaders how mindfulness can transform you and your business in my book donothing. Visit www.donothingbook.com for more information.

Learning to Become a Leader in Business

Professional Keynote Speaker Secrets I Learned The Hard Way, Here For The Taking

This Is Why Employers Are Still Denying Your...

Can Your Business Survive If Your IT Person...

How to Find Better Independent Contractors for Your...

We Must Flatten The Curve For Small Businesses...