Breaking
The Impact of Internships in Marketing
3 use cases of chatbots for critical services
How To Make Working From Home Appeal To...
Tips on How to Design an Office Space...
4 Tips To Help Build Amazing Customer Relationships
How Are US Pension Funds Responding to the...
Benefits of second-hand cars for your business
4 Reasons Why Your App Needs To Undergo...
Your Guide to Online Marketing
How to find a Solicitor in London
5 car tyre and safety tips for a...
Everything You Need to Know About Corporate Social...
Is Adaptive Leadership the Key to Motivating Employees?
Why business events are set to return with...
Business events set to return with a bang!
Expanding Internationally: 5 Things to Consider for eCommerce...
Home Business Why Understanding Memes And Internet Humor Is Important To Grasping What People Are Really Saying In 2020
Business 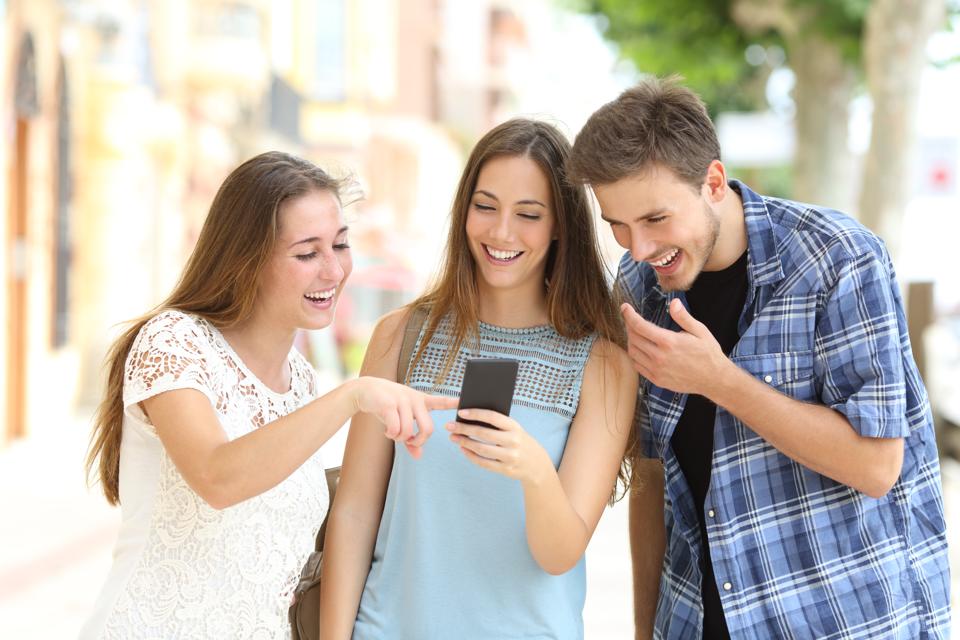 It can be annoying when a bunch of people around you are speaking a language you don’t understand. What are they saying? Why are they laughing? Are they conspiring against me?

That is happening to many of right now with internet culture. Memes constitute a prominent and influential language online, but most of us are meme illiterate. Sure, the simple bold text on a meme may be in English, but the references and meta callbacks are completely foreign. Conversations are happening all around us, but we have no idea what is being said.

This came into sharp focus recently with a tweet from Elon Musk stating, “Take the red pill” followed by a red rose. What does he mean?

On one hand, the red pill is a reference to The Matrix. In the influential 1999 film, Keanu Reeves’ Neo is given the pivotal choice between taking a blue pill (staying blissfully ignorant) of a red pill (awoken to the harsh truth). Language, however, is in constant flux and “taking the red pill” has evolved from the creators intent to being widely adopted by the men’s right movement, alt right communities, and others. To complicate matters, the red rose emoji has been a prominent symbol for democratic socialists.

So, what language was Elon Musk speaking?

“When Elon Musk tweets ‘Take the Red Pill’ we have to take that with a grain of salt because Elon Musk fits in between spaces in internet culture,” says Jamie Cohen, a digital media culture expert, Forbes.com contributor, and advocate for meme literacy. In general, memes constitute a virally-transmitted cultural symbol of social idea. The difficulty around Elon Musk’s red pill tweet involves understanding his true meaning. Cohen finds that Musk doesn’t fit clearly in a communication box, which makes it more difficult to determine his underlying intent with the phrase.

“He’s [Elon Musk] not an internet culture leader, but he’s not a receiver either. So he’s kind of a troll in that sense. He plays with the way people and audiences engage with him. He’s not a reactionary either, so oftentimes when he tweets something like ‘Take the Red Pill’ he’s baiting, he’s trying to get responses. He may or may not have taken the red pill long ago, it’s just one of those things where we might not know that. He’s such an odd character of the web.” 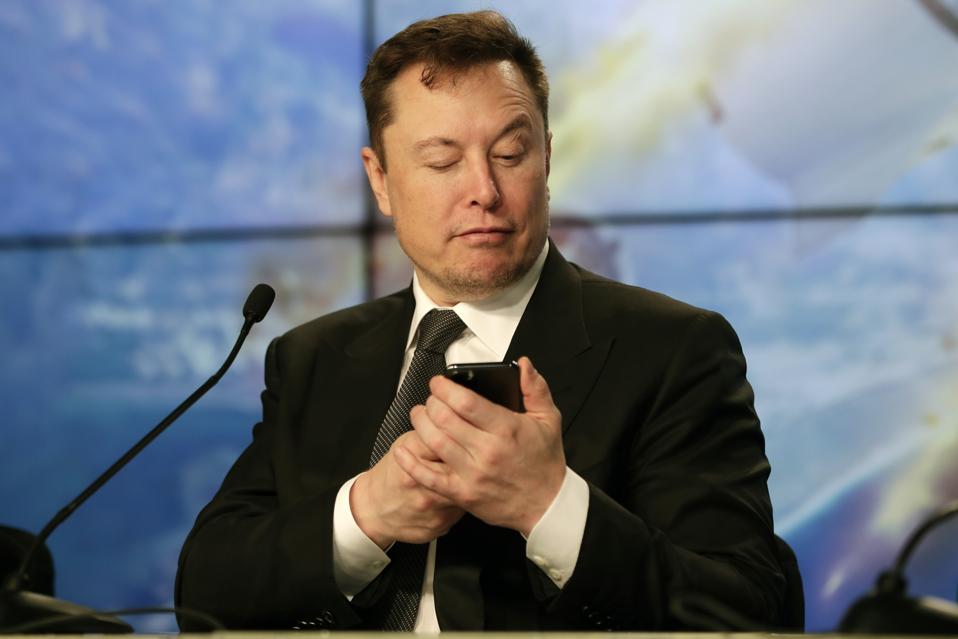 Elon Musk founder, CEO, and chief engineer/designer of SpaceX jokes with reporters as he pretends to … [+] be searching for an answer to a question on a cell phone during a news conference after a Falcon 9 SpaceX rocket test flight to demonstrate the capsule’s emergency escape system at the Kennedy Space Center in Cape Canaveral, Fla., Sunday, Jan. 19, 2020. (AP Photo/John Raoux)

Cohen has been teaching about memes in every one of his media course at Malloy College in Connecticut, where he also founded its New Media program and served as its director. Two years ago, he began teaching a stand-alone course on memes which raised some eyebrows in the academic community. “Memes come with a stigma of not being a serious study or scholarship,” says Cohen, who co-authored the first peer-reviewed article on Pepe the Frog and has been pushing for meme literacy to be an essential part of media literacy education.

As more people speak in memes, the importance of understanding the references and overall language becomes crucial. To put it more bluntly, being meme illiterate means that you might not be fully understanding the web. People may be utilizing the English language, but the meaning in a meme could differ significantly from its literal meaning.

The ability for a phrase or visual to change its meaning over time, or being re-appropriated by a group, is similar to our understanding of emojis and how a visual can operate as a stand-in for something else. If someone sends you an eggplant emoji, for example, it likely does not mean that they are in the mood for eggplant Parmesan tonight. Likewise, if you text back a peach emoji it probably doesn’t state your preference for a peach cobbler dessert. Meaning matters, and understanding memes is all about comprehending the situational context and related references. 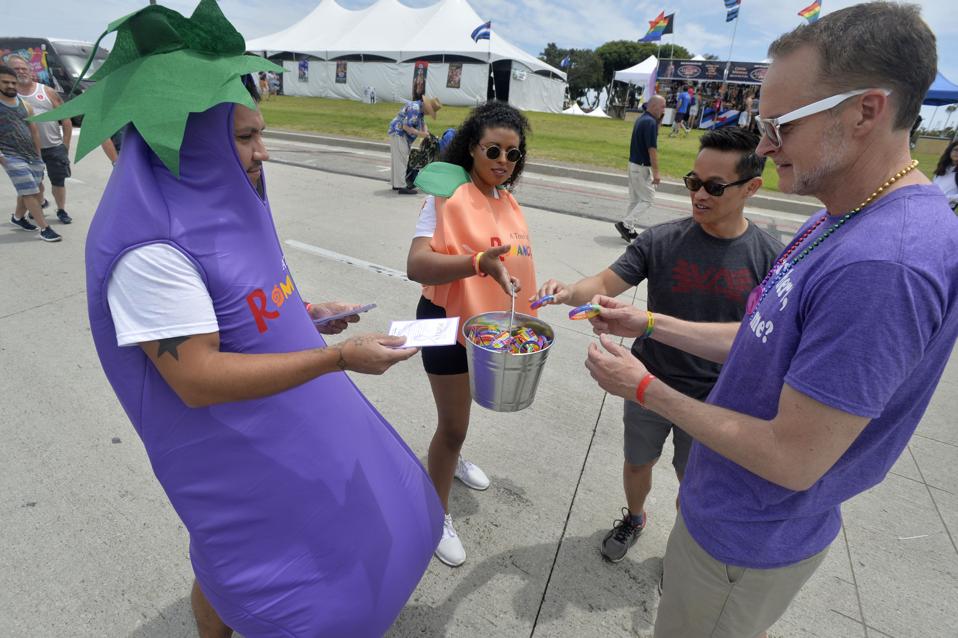 LONG BEACH, CA – MAY 18: Emoji inspired eggplant and peach from Romance Etc. shops hand out … [+] bracelets and condoms at Long Beach Pride 2019 in Long Beach on Saturday, May 18, 2019. The two day event which includes the festival and parade is inclusive and strives to promote an environment that is free from prejudice and bias. (Photo by Brittany Murray/MediaNews Group/Long Beach Press-Telegram via Getty Images)

“Memes are essentially a language that people use on the internet and being able to identify and understand the nuances is key to understanding communication between people online,” states Amanda Brennan, a trends expert at Tumblr who is often referred to as the meme librarian. “As people use memes as a language of their own, having this knowledge really helps give a fuller understanding of the meaning and insight into the motivation of why something was shared.”

Brennan started her career researching internet subcultures and web phenomena at Know Your Meme in 2011, moving over to Tumblr in 2013. She has seen firsthand the evolving nature of memes from more straightforward references to a more complex language.

“As internet culture has changed over the past few years, memes have become way less focused around wider stereotypes and identities and more nuanced and layered, often requiring a deeper level of understanding to get the joke,” states Brennan, who recommends Know Your Meme as a helpful reference. In addition, she suggests following meme curation blogs such as Zack Is On Tumblr, Tyler Oakley, Just A Humble Meme Farmer and Tastefully Offensive.

Why Patents Don’t Stop People From Stealing Your Invention