Why We Need To Track The Lifecycle Of Electric Vehicle Batteries 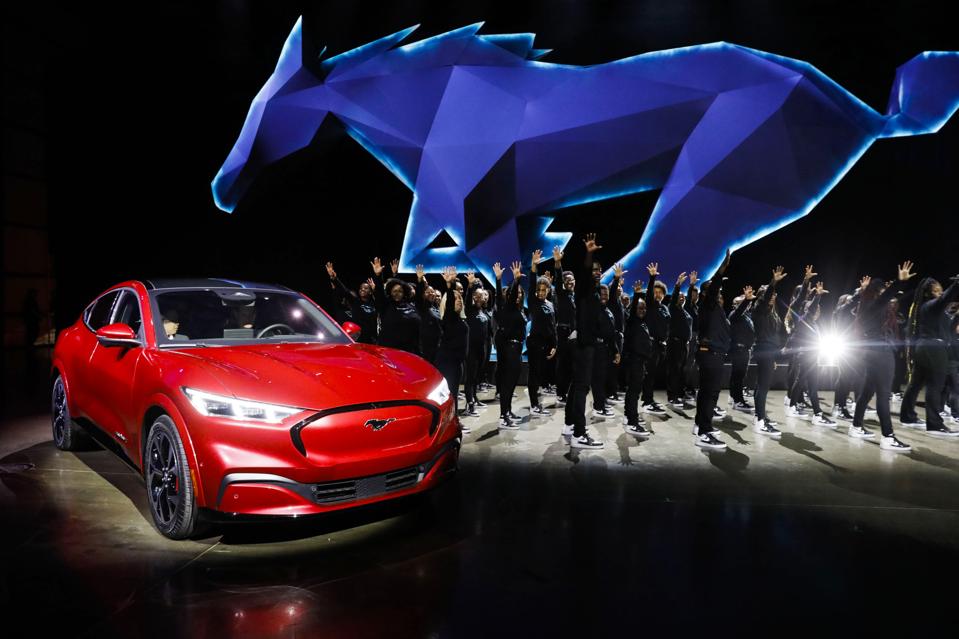 The Ford Motor Co. Mustang Mach-E electric sports utility vehicle (SUV) is unveiled during a reveal … [+] event in Hawthorne, California, U.S., on Sunday, Nov. 17, 2019. Ford is reinventing one of its marquee models — the Mustang muscle car — as a battery-powered crossover to become a player in the electric-vehicle market that is expected to take off in the coming decade. Photographer: Patrick T. Fallon/Bloomberg

In their 2019 Global EV Outlook report, the International Energy Agency predicts that under the EV30@30 Scenario, electric vehicle (EV) sales will reach 44 million vehicles per year by 2030.

Even with conservative predictions of 12 million by 2025, Deloitte predicts that the industry tipping point for EVs will be 2022 when the cost of battery EV ownership will be comparable with the combustion engine.

To meet the 2015 Paris Agreement targets, emissions have to be reduced, and part of that reduction means looking at how to recycle and re-use EV batteries.

“Those [..] millions of electric vehicles and the lithium-ion batteries that power them – as well as the billions of portable electronic devices – need to be sourced, manufactured and recycled responsibly,” said Kemp. “Tracking and tracing these batteries is a fundamental step in the process, which is enabled by technologies such as IoT and blockchain.”

According to the World Economic Forum, an EV battery value chain could help achieve a 30% reduction of those required Paris Agreement emissions targets.

UK startup Everledger and Ford Motor Company have received US phase 1 Department of Energy (DOE) funding for an EV battery pilot that uses IoT and blockchain technology to track the life cycle of EV and portable electronic batteries.

Starting in early 2020, the pilot will track Ford EV batteries from the point of manufacture through its lifecycle. This will produce critical life cycle data that can be exchanged between stakeholders with the goal of ensuring optimal management and responsible recovery at the EV battery end-of-life.

The pilot will create a digital identity for the batteries using identification, data capture, and blockchain technologies to give stakeholders visibility over the battery’s location, condition and health score as well as identify metals in the battery that have the potential to be recycled in new batteries.

“By capturing production, transport, and environmental data in real-time, the internet of things allows us to keep track of products and materials, which in turn, increases opportunities to recover and recycle them,” said Kemp. “When coupled with blockchain technology, this information becomes immutable, private and transparent.”

Kemp says that batteries aren’t the only use-case for this kind of sustainable materials management.

“We’re moving to a world whereby all materials will be traced from the moment they are extracted, through to first use, re-manufacture and eventual deconstruction and re-use,” said Kemp. “Along with the clear benefits to the environment, moving towards a circular economy will also have a significant social and economic impact.”

“We’re entering a decade of change, driven by technological advancements and a shift in collective thinking, which will see the circular economy become the norm,” said Kemp.

Everledger closed a funding round of $20 M in September 2019 led by Tencent and other financial investors, including Fidelity and early-stage investor Bloomberg Beta. Everledger’s total funding is $30.4 M, following a $10 million Series A round in March 2018.

Coronavirus Could Send Stocks Down Another 10% Or More, History Shows

How Women Can Create Their Own Value

The Digital Health Landscape In 2020 And Beyond

How Should Brands Speak To Consumers During The...

How A Small Biotech’s Anti-Blindness Quest May Also...