Breaking
Looking To Improve Efficiency In Your Business? Here’s...
AI and machine learning for business
How Social Media Changed the World
Shopify: The Pros and Cons
Should your business go green?
Expanding Your Business Into Spain: What You Need...
Essentials For Your Office Coming Out Of COVID-19
What Can Marketers Learn From Digital Cults?
Why NASA’s James Webb Space Telescope Will Never...
Increasing HR Effectivity and Efficiency through Software Solutions
The Difference Between Building A Startup In Bull...
Fluor Corp Ranked Among Today’s Top Shorts
Common Pitfalls to Look Out for When Buying...
Will the Olympics go ahead this year?
Pack Up the Big Top: Insights from MozCon...
Best WordPress Themes for Blogs
Home Business Why You Might ‘Catch’ Your Next Cab In Paso Robles
Business

Why You Might ‘Catch’ Your Next Cab In Paso Robles 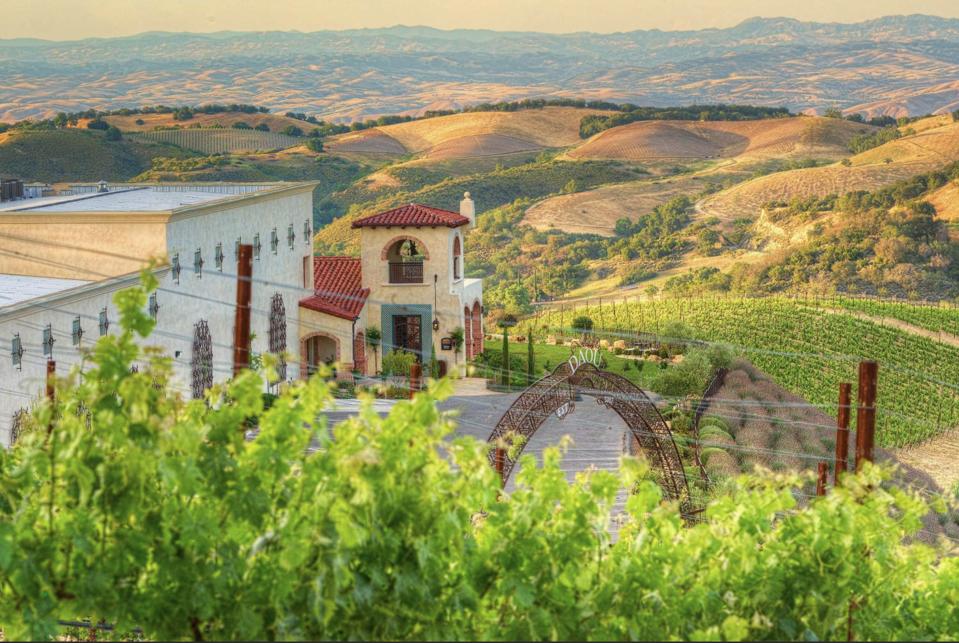 Daou is in the Adelaida District of Paso Robles, Calif.

It almost goes without saying that most winemakers have a pretty great origin story, but few can top that of the Daou brothers, makers of high-end Cabernets in California’s Paso Robles wine region.

The lives of Daniel and Georges Daou nearly ended in 1973 in their native Lebanon when both the young boys were critically injured in the first rocket attack in the war in Beirut. But they had a new lease on life when the family moved to France two years later. The brothers grew up in Paris, but spent time in the Provence region, where the vineyard landscapes reminded them of their grandparents’ olive farms in Lebanon. Patriarch Joseph Daou, himself an oenophile, allowed his sons to sample wines with their meals. Daniel, in particular, took an early liking to it, and Bordeaux was his jam.

“I developed a real passion for wine at a very young age. I knew I wanted to be a winemaker,” Daniel recalled. “But, it’s France: you cannot just wake up one day having no connections in the industry and decide to be a winemaker.”

The brothers instead, emigrated to the United States to study engineering at the University of California, San Diego. After graduation, together they founded an IT firm specializing in integrated healthcare delivery systems, which they sold while in their thirties. The young men, whose lives were endangered only a couple of decades earlier, retired wealthy and secure.

Thus funded, they set off to pursue their respective dreams. Georges moved on to other businesses and, indulging his love for sport, became a world-class polo player. Daniel took another path, embarking on an eight-year study of wine regions.

“There was no question in my mind what I wanted to do,” he said. Georges, on the other hand, had little kinship with wine, saying. “My affinity was with the joy of life in all its ways.”

Cabernet Sauvignon became Daniel’s supreme focus. Growing up in France, he knew the best soils for Cabernet were mineral-rich limestone and clay. But he had a conundrum: They didn’t exist in California, he said, and he wanted to make Bordeaux-styled wines.

“This is important because for the European palate, wine is a lot more than fruit and alcohol—it’s a matter of minerality, complexity and layers, and you get that from the soils,” he explained.

His study led him to the limestone-rich Adelaida District in Paso Robles, where he found the terroir he sought in the form of an undeveloped 2,200-foot mountain.

In 2008, Daniel left his 12,000-square-foot home and moved his family of five into a 1,200-square-foot modular home on the mountain without power or water. He planted the first 26 acres of Cabernet vines by himself, and when Georges joined him in 2011, together they built a winery that promised to break new ground in other ways. 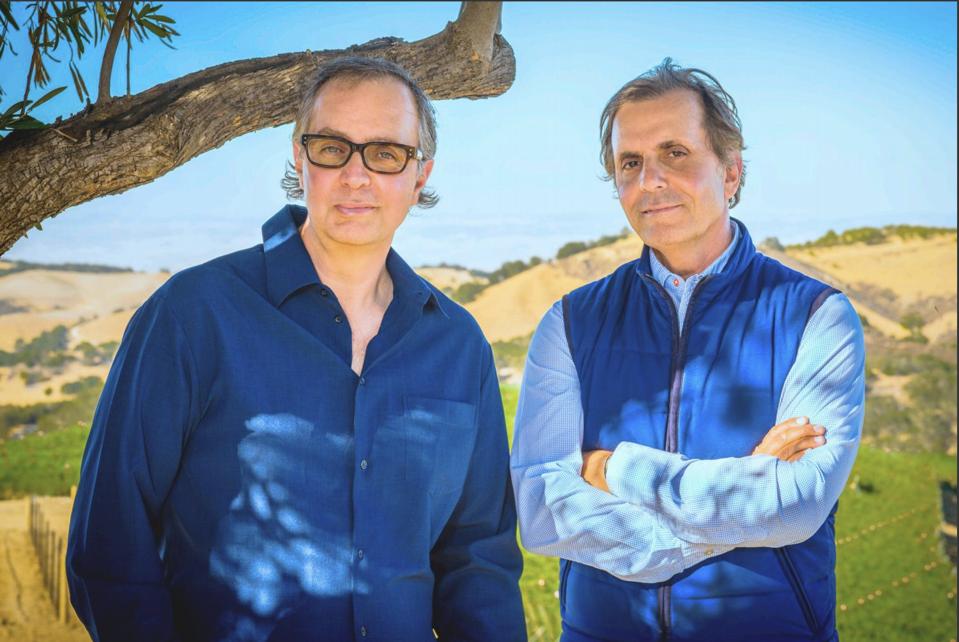 Daniel (L) and Georges Daou founded their winery in Paso Robles and will expand operations in … [+] Cambria to highlight the Patrimony label.

Though a few established wineries were making wines from Rhône varieties and starting to plant Cabernet, none was making a high-end Cab to compete with Napa.

“I think people were not pushing the limits or the clone selection, and they were focused on making $15 bottles of Cab,” Daniel said. “Until we got there, nobody thought that you could make a bottle of Cabernet that would rival Napa—they were all telling me I was crazy for planting Cab and charging $125 for a bottle.”

The eponymous winery won acclaim early and has enjoyed regular ratings in the 90s. Daniel keeps production low and—for a cult-style wine—also the prices. The baseline Cabernets are less than $30 and prices for Napa-quality estate Cabernets range $75 to $85; scale up to $150 for the signature “Soul of a Lion,” which stands on its own with the best of Napa. The highest-end offering, “Patrimony,” is available by wait list only, and sells upwards of $300, depending on vintage. Currently, that’s a three-year wait, but this is a wine that gets only better with time. Due to demand and limited production, according to the winery web site, nearly all of the wines are allocated to Daou members (check here to join the list). 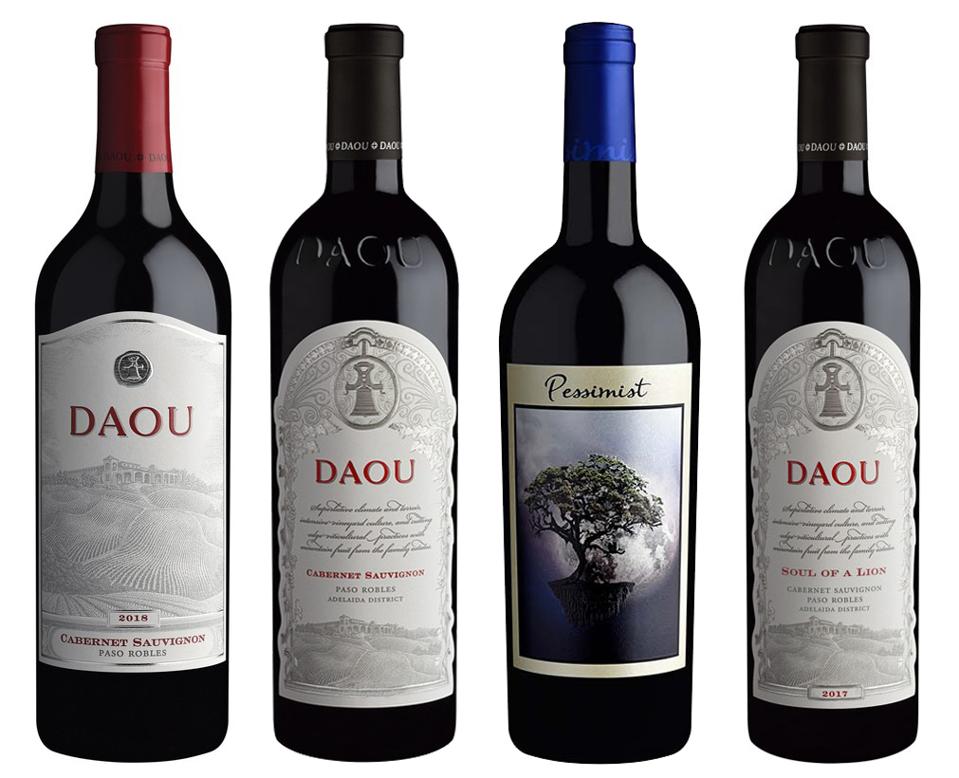 A quartet of full-bodied Bordeaux-styled reds from Daou

2017 Daou Soul of a Lion (Wine Advocate 97 points) $125. Made of 100% Cabernet Sauvignon. This is the “Crown Jewel” of the line, and named for the brothers’ father. A complex and deep wine with classic Cabernet markers: Cassis, licorice, ripe black fruits and some black tea spices. Silky tannins. (A six-liter bottle of the 2016 can be had for $1,400.)