Breaking
Entrepreneurs Are Bringing Transparency To Home Buying And...
Best Incentive To Get Vaccinated: Money, Messaging, Or...
Page Level Query Analysis at Scale with Google...
How A CIO Can Align IT With Business...
Blogger of the Month: Jo, Girl Eats World
6 Things Women In Business Know That Men...
How to Use First-Party Data for Ad Personalization
Pressing Reset—Putting A Fallen Unicorn Back On Its...
How We Went Viral: Promoting Content with Influencers,...
Blame Olympic Record Price Tag For Return To...
Apple iOS 14.5 Release: Should You Upgrade?
How to Come up with Podcast Topics and...
Why Gaming Gear Company Razer Launched A $50...
Technical SEO Implementations to Increase the Impact of...
30 Brilliant Ways to Market Your Eco-Friendly Shopify...
15 Tech Industry Leaders Share Overused (And Misused)...
Home Business Why Zoom Is Booming
Business

Why Zoom Is Booming 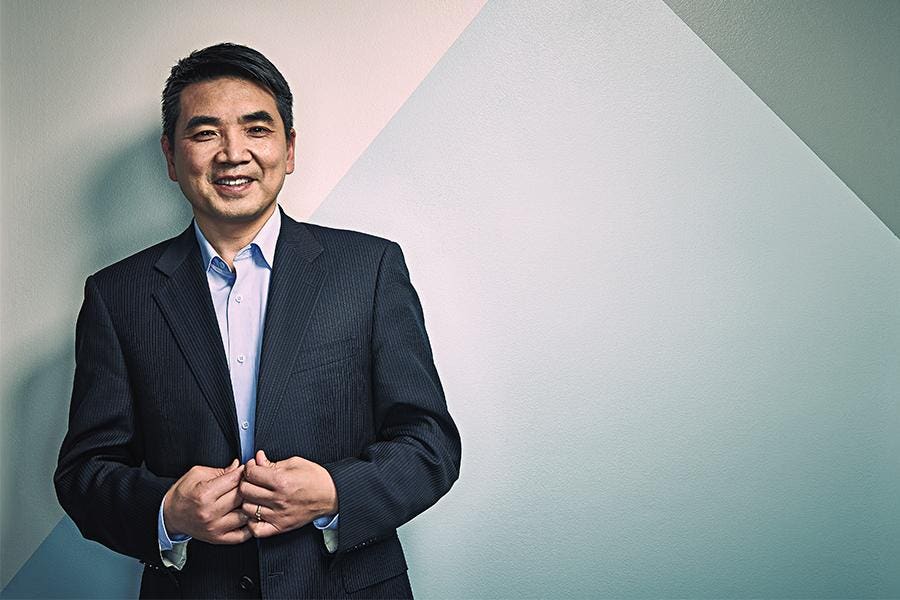 Here’s a Pacific Rim recipe for success. Start with a newly arrived immigrant to the U.S. from Beijing—whose visa was rejected the first eight times he applied. Have the young man take a job at a California startup with fewer than 50 employees, whose two founders were from Beijing and Mumbai. Next step: get Silicon Valley giant Cisco to buy the young company, WebEx, whose service is videoconferencing.

But in a sadly familiar story, Cisco, then big and successful yet distracted by too many acquisitions, misunderstands the core strength of WebEx. And so the man from Beijing, now in his 40s, grows frustrated. He departs to start his own company. Venture capitalists tell him he’s nuts. His wife despairs. The world does not need another videoconference company, they tell him. But the young man from Beijing, Eric Yuan, is convinced the videoconferencing opportunity is just beginning.

And thus Zoom is born. But the global diversity force multiplier of Zoom is only getting started. Turned down by most American VCs, Yuan convinces an odd pair to back him big. One, Doug Leone of Sequoia Capital, was born in Genoa, Italy, and arrived in the U.S. with his family at age 11. The other, Santi Subotvsky, was born and raised in Argentina. Today Subotvsky heads Emergence Capital. These two unorthodox VCs saw in Zoom, and in Yuan, an incredible opportunity for global growth.

In early September, I interviewed Yuan, whose personal shares in red-hot Zoom were worth $16.8 billon that day. The occasion was the annual TiEcon conference, started by Indian expats living in Silicon Valley and now one of the world’s premier gatherings of entrepreneurs.

The thing that strikes one about Yuan is the simple clarity of his message. Asked to describe Zoom’s company culture, he answers in one word: “happiness.” Asked to elaborate, he says the missed mobile opportunity was a minor reason why he thought Zoom could zoom past the videoconferencing incumbents. A bigger reason, he says: “Their products did not make customers happy.” Yuan explains: “When building Zoom, I decided that ‘video is the new voice’ would be our vision. Our goal would be to deliver happiness on day one.”

“Here is why delivering happiness is important. Let’s say every day when employees come to the office to work, if they do not feel happy, guess what? When they interact with other teammates, they will have a negative impact. You also dare not let them talk with customers. As the CEO of Zoom, my number one opportunity and my job is to make sure all Zoom employees are happy,” he says.

Zoom’s happiness strategy is key to winning big enterprise customers like Wells Fargo and the University of Sydney. Employees at big customers learn about Zoom often by using it for free at home or school. Back at work, their own corporate videoconferencing service seems cumbersome by comparison. Eventually employees happy with their free Zoom accounts begin to pressure corporate IT for a change. Happiness as a “land and expand” strategy may sound trite, but it has made Zoom worth $90 to $110 billion depending on which day you check its stock price.

It’s only a personal theory of mine, but I think Eric Yuan’s clear and simple way of managing his business is a direct result of the global diversity of his mentors, financial backers and management. “Video is the new voice” acknowledges the universal need to connect. Happiness is a feeling desired by all people. And Zoom’s core value—“care”—is short and emotionally powerful. It’s no surprise that Zoom’s biggest and fastest-growing market outside the U.S. is India. Number three is Japan. Zoom was born for the digital world.

Rich Karlgaard is editor at large at Forbes. As an author and global futurist, he has published several books, the latest of which is Late Bloomers, a groundbreaking exploration of what it means to be a late bloomer in a culture obsessed with SAT scores and early success. For his past columns and blogs visit our website at www.forbes.com/sites/richkarlgaard.