Breaking
Florida Supreme Court Tells The American Bar Association...
How to Write Perfect Paid Social Media Marketing...
How To Boost Productivity In Your Small IT...
How Restaurants Can Design a More Sustainable Food...
Expenses That Small Business Owners Need to Be...
How You Can Make Saying Goodbye To The...
Biden To Meet Royal Family At Cornwall’s Eden...
It’s Going To Be Emotional — Going International...
Peer Mentoring For Students: STEM & Buds
7 PR Trends in 2021: The Story So...
Google Plans Radical New Google Pixel Smartphone Upgrade
Where Did COVID Come From?
Ride To Growth With A Business Vehicle
C3.ai’s Tom Siebel: How To Scale AI
Moz Acquired by iContact Marketing Corp
10 Examples of Brands Using TikTok Stitch and...
Home Technology Why Zoom Really Needs Better Privacy: $1.3 Million Orders Show The US Government’s COVID-19 Response Is Now Relying On It
Technology

Why Zoom Really Needs Better Privacy: $1.3 Million Orders Show The US Government’s COVID-19 Response Is Now Relying On It 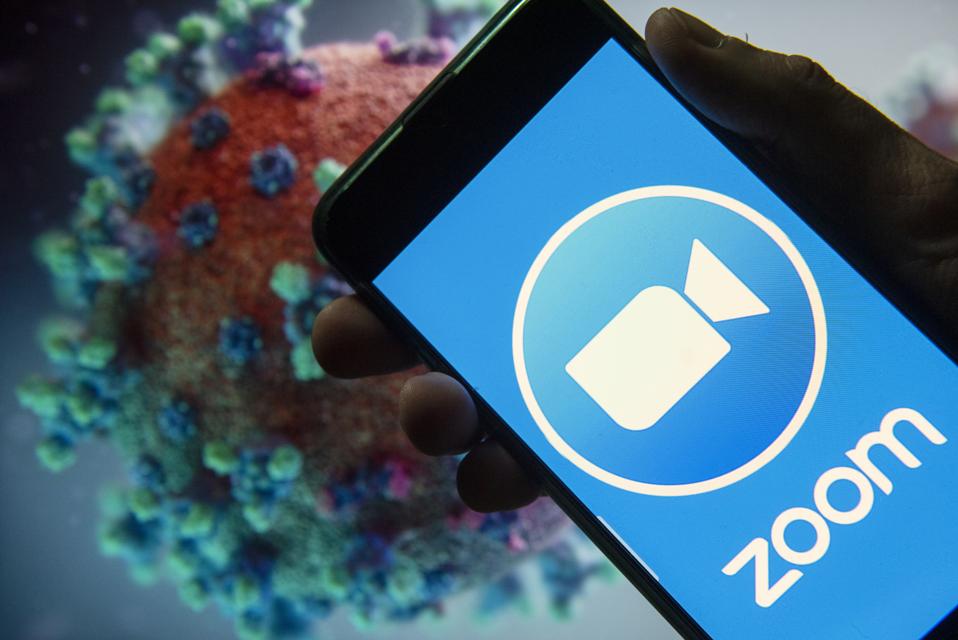 Zoom is being used by U.S. government agencies handling the coronavirus crisis, despite concerns … [+] around the security of the videoconferencing tool. (Photo Illustration by Budrul Chukrut/SOPA Images/LightRocket via Getty Images)

Towards the end of March, three of the American government’s key coronavirus response organizations spent a collective $1.3 million on videoconferencing tech from Zoom, a Forbes review of government contracts has found. That was despite widespread criticism of the app’s privacy and security.

The orders – from Centers for Disease Control and Prevention (CDC), the Federal Emergency Management Agency (FEMA) and the National Institutes of Health (NIH) – were all made in just a few days from March 23 to 26. They ranged in cost, the highest being $750,000, which the CDC ordered for hosting webinars on COVID-19. FEMA spent $320,000 on 1,500 Zoom software licenses, whilst CDC spent another $160,000 on Zoom webinar tech. An NIH contract at $90,000 also specified some Zoom licenses. They weren’t delivered directly by Zoom, but by partner government contractors CDW Government and Carahsoft Technology.

Neither the government departments nor the contractors had responded to questions on how they were using the technology at the time of publication. Zoom also hadn’t commented.

The fact that the three organizations charged with managing America’s response to the COVID-19 pandemic have all ordered Zoom technology makes securing their communications vital, says Patrick Wardle, a cybersecurity researcher and former NSA technician who discovered vulnerabilities in Zoom’s Apple Mac software that could’ve allowed snoops to peek through users’ webcams.“As Zoom proliferates into the government organizations and agencies, it is paramount that its security is bulletproof,” Wardle told Forbes. “Undoubtedly hackers and nation state adversaries will take note and dedicate considerable efforts and resources to uncover new flaws in Zoom they can leverage to gain access to either virtual government meetings or worse, access to government systems.”

A review of government contracts also revealed a handful of other federal agencies who’ve purchased Zoom tech before, including the U.S. Navy and the Office of Personnel Management, both organizations that work closely with America’s intelligence agencies.

The U.S. isn’t alone in relying on Zoom. The U.K. government has become a big user of the service since Prime Minister Boris Johnson and other members of his cabinet contracted coronavirus. Johnson was guilty of a small snafu earlier this week when he tweeted the Zoom chat identifying number, meaning others could try to hack into it by guessing the password.

In the last week, Zoom has been plagued by all manner of negative press including reports of customer information leaks, security weaknesses, misleading claims about its end-to-end encryption, chat invasions by unwanted “Zoom bombers,” questions over sharing user data with Facebook and concerns surrounding privacy policy. It’s been a sudden twist of fate for Zoom, which became the poster child of the positive capitalist response to coronavirus after offering its tools to schools for free. It also saw massive uptake thanks to the rise in working from home as the pandemic spread, leading to a spike in its stock price.

But the negative attention has led not just to a dip in its value, but a class action for sending data to Facebook and questions from the New York’s attorney general. And just yesterday, Tesla ordered staff to cease using Zoom because of its privacy shortcomings.

So under fire was Zoom that CEO Eric Yuan wrote a blog post on Wednesd outlining how it was responding. It’s now ceased sending data to Facebook, rolled out fixes for the security weaknesses in its Mac and Windows products and stopped working on new products in favour of focusing on protecting users. It even ended a feature that tracked when users clicked away from a Zoom window. Expect to see Zoom become that much more secure thanks to a community of users who’re poking at its weaknesses.