Breaking
‘Remnant: From The Ashes’ Is Cheaper Than Ever...
Top Stocks To Buy Today As Markets Rise...
How To Sell Artisanal Ice Cream In The...
Making America’s Trumps Pay Their Fair Share
Fortnite Season 4, Week 9 Challenges Revealed And...
Yesterday You Were Just A Business; Today You...
Should Your Company Help Get Out The Vote?...
Hyperautomation And What It Means For Your Business
The Role Of The Indie Agency In Our...
Parker-Hannifin Crosses Pre-Covid Peak But Investors Set To...
6 Reasons Your Cold Messaging Efforts Fail And...
4 Analytics Categories To Track To Improve Your...
Predictions 2021: Cloud Computing Powers Pandemic Recovery
This Is Why You Need A Strategy In...
Economic Research Exposes Significant Flaws In DOL H-1B...
How Breast Cancer Turned This Entrepreneur Into A...
Home Finance Will 2020 Be The Year Cryptocurrency And Blockchain Becomes Operational?
Finance 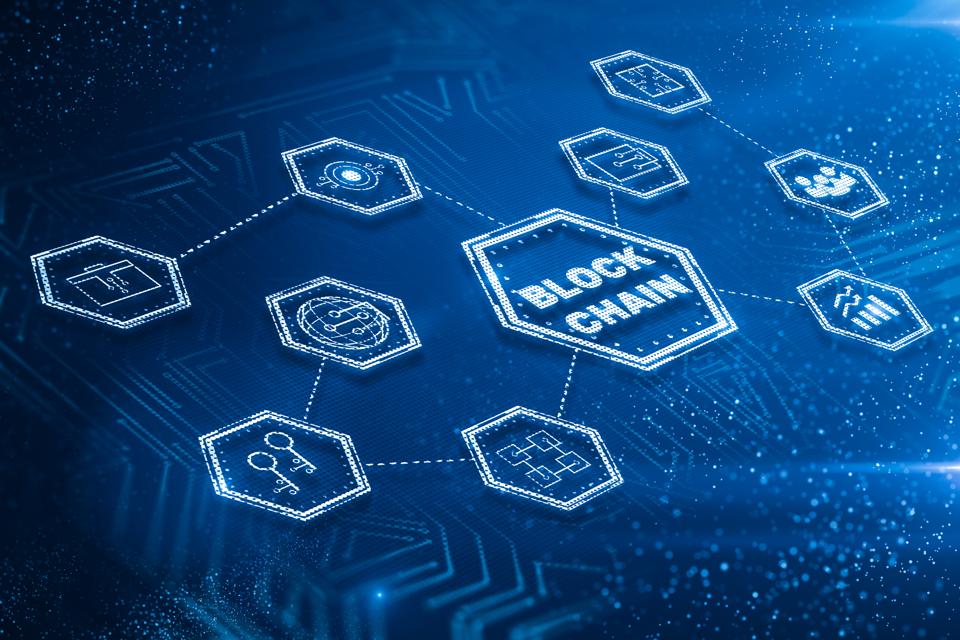 There is no doubt that 2019 was the year of enterprise blockchain adoption. The buzzword of blockchain and cryptocurrency was humming as giants tech giants like Microsoft, IBM, AWS, Oracle and many, many more started testing the waters. Even in the cryptocurrency space, Banking giants and payment companies like JPMorgan, Wells Fargo, Square, Circle, and Skrill all saw growth in deciding to offer cryptocurrency services.

However, in the last three years where blockchain and cryptocurrency have managed to emerge into the mainstream light, there has yet to be a solution that is entirely solved by this emerging technology. As the saying goes – ‘Blockchain is a solution looking for a problem.’

The problem is, as this hunt to become operational and usable enters its fourth year in earnest the lustre of the technology and its financial offshoot, cryptocurrency, starts to wear off.

As an article from Adrienne Jeffries at the Verge titled ‘Blockchain is meaningless’ explained: “The idea of a blockchain, the cryptographically enhanced digital ledger that underpins Bitcoin and most cryptocurrencies, is now being used to describe everything from a system for inter-bank transactions to a new supply chain database for Walmart. The term has become so widespread that it’s quickly losing meaning.”

Part of the issue is that blockchain is still a very young technology – despite being over 10 years old. It managed to bubble under and meet the needs of a fraction of the global population before being thrust forward and demanded to handle the world’s problems. Operational problems still persist with blockchain; from scalability, speed and cost, interoperability and the decentralized / centralized battle among the private and public chains.

Still, 2020 could be – or needs to be – a turning point for the industry and there are signs that companies are looking to make the technology work for them.

Square peg for a round hole?

Square, the fintech payment company headed up by the affable Jack Dorsey has long had an interest in cryptocurrency. They included it in their platform and have been seeing niche usage, pinning it as something for the future. However, the irony of championing Bitcoin from a payment service is the same as a store proclaiming it only accepts solid gold for its goods.

Bitcoin has set its designation on being a store of value for a few reasons. Firstly, it has, for the most part, been on an upward trend in value and thus is not something people want to part with. Secondly, it is simply not a good payment tool as it is not instant and it has variable transaction fees.

But, it was announced by Dorsey that his payment’s company was taking a leap to make Bitcoin more usable for payments by looking to build on the Lightning Network. The Lightning Network is a “Layer 2” payment protocol that operates on top of a blockchain-based cryptocurrency (like Bitcoin). It enables fast transactions among participating nodes and has been touted as a solution to the Bitcoin scalability problem.

This would indeed help cryptocurrency become more operational, and for a company like Square, it could open up some big doors for its users who can take advantage of Bitcoin’s decentralized global network.

More skeletons in the closet

The issue is that the Lightning Network is probably more rough and embryonic than Bitcoin, it is still being refined and developed and is far from a polished product. So, in terms of making a solution for the use of cryptocurrency in an operational sense, there needs to be other quick-fix solutions.

Using Bitcoin at a point of sale is not that uncommon, in fact, it can be spent at places like Starbucks, Wholefoods, Nordstroms and other major retailers thanks to another company providing a cryptocurrency point of sale – Flexa.

But again, this solution relies on a lot more than just making Bitcoin spendable, there needs to buy in from merchants at critical mass – and this is a problem as outlined by Forbes. But, it is not only about Bitcoin being a spendable asset, it is also about normalizing and legitimizing it to the point where companies are not ashamed of it.“The problem is, Starbucks, along with every single one of a huge group of giant enterprises now accepting cryptocurrency as payment, seems to be having trouble admitting what they’re doing. As a photograph of the receipt for the transaction was taken, one member of the Winklevoss entourage recommended that Cameron [Winklevoss] cover up the Starbucks logo with his thumb. “They’re not participating in the first announcement,” she reminded Cameron.”

A little further south, In Venezuela, there is another big name that is happy to accept Bitcoin – but again, it is not as simple as relying solely on the technology. Burger King restaurants in Venezuela now accepting cryptocurrencies thanks to crypto company Cryptobuyer.

Burger King will trial the system at its premises in the Sambil Caracas shopping mall with plans to roll out the system to all of the country’s forty restaurants in 2020. While this sounds promising, it is still a case of a ‘digital island,’ as coined by the World Trade Organisation.

Being a digital island is a big factor to consider in the blockchain space, and leads onto another major problem with the technology that is spreading to lots of little islands across the globe – interoperability.

It could be argued that one of the big problems holding blockchain back from being globally operational is interoperability. As solutions are built, piloted, and worked on, they remain isolated and siloed – this is especially true with private blockchains such as IBM’s Hyperledger which makes up a big portion of major company’s blockchain solutions. In fact, more than 50 percent of Forbes’ Blockchain 50 list use Hyperledger, but for the other half, there would be no way to link these solutions together.

Even the World Trade Organisation has highlighted the need for interoperability in the progress of blockchain technology in their paper titled: ‘Can blockchain revolutionize international trade’

“The development of interoperability solutions is therefore critical to avoid conflicts between disparate approaches and ensure that blockchain networks talk to each other, thereby allowing the technology to be used to its full potential. The Blockchain community is well aware of the stakes at play and is actively researching technical Solutions,” explains the WTO.

“While the idea of different blockchains interacting with one another still seemed a distant possibility just a year or two ago, concrete solutions are now starting to Emerge.”

The WTO goes on to talk about solutions that have been around since 2018, such as the Enterprise Ethereum Alliance, which is an open-source cross-platform standards-based framework for Ethereum-based permissioned blockchains that would allow interoperability

between permissioned blockchains built on the Ethereum public blockchain.

More so, The WTO also mentions that for a truly global blockchain system interoperability will have to be achieved – which seems unlikely in the coming year – or at least bridges across the blockchains. One of the more recent bridging solutions mentioned relate to a bridge protocol launched by Syscoin that links to Ethereum, one of the biggest usable blockchains around.

By forming an interoperable bridge to Ethereum Syscoin demonstrates the potential of having just two chains operating together. Enterprises that look to make blockchain more usable by choosing platforms like Syscoin’s Z-DAG (Zero-Confirmation Directed Acyclic Graph) network for faster transactions then also benefit from holding onto the power of Ethereum’s smart contracts.

As an example, prevalent in the cryptocurrency space today, USDT, a stablecoin pegged to the US dollar and asset reserves managed by a company called Tether sees its transactions comprising of 50 percent of Ethereum’s network transactions. If this could be ‘outsourced’ to a different chain while keeping its characteristics, the benefits to both the USDT and Ethereum networks help enable both to be more usable.

Yet again, the concerns are that full interoperability solutions are still a few years away as it has been seen that this issue was being addressed as far back as 2017 as companies behind three blockchain platforms – Aion, ICON and Wanchain – announced the creation of a new advocacy group, the Blockchain Interoperability Alliance. This alliance was aimed at developing globally accepted  standards to promote greater connectivity and interoperability between the disparate blockchain networks.

It may be a little early to be hitting the panic buttons on blockchain not reaching its potential and then falling off the radar only to be a wasted opportunity, but cracks are showing.

In 2018, Cisco took only 18 months of blockchain research to realise that there was no immediate future for them in the space and shut down their whole division.

“It will take a while for the many players in the complex markets to get up to speed” told Anoop Nanra, head of the company’s blockchain initiative, to CNBC.

What needs to be achieved may not be a full level adoption and operational relevance of blockchain this year, but without a big breakthrough stride there could well be questions asked at the end of the year as to where next for the technology.

Transparency International Fails On Solutions: If You Want To Defeat Corruption, Push For Economic Freedom