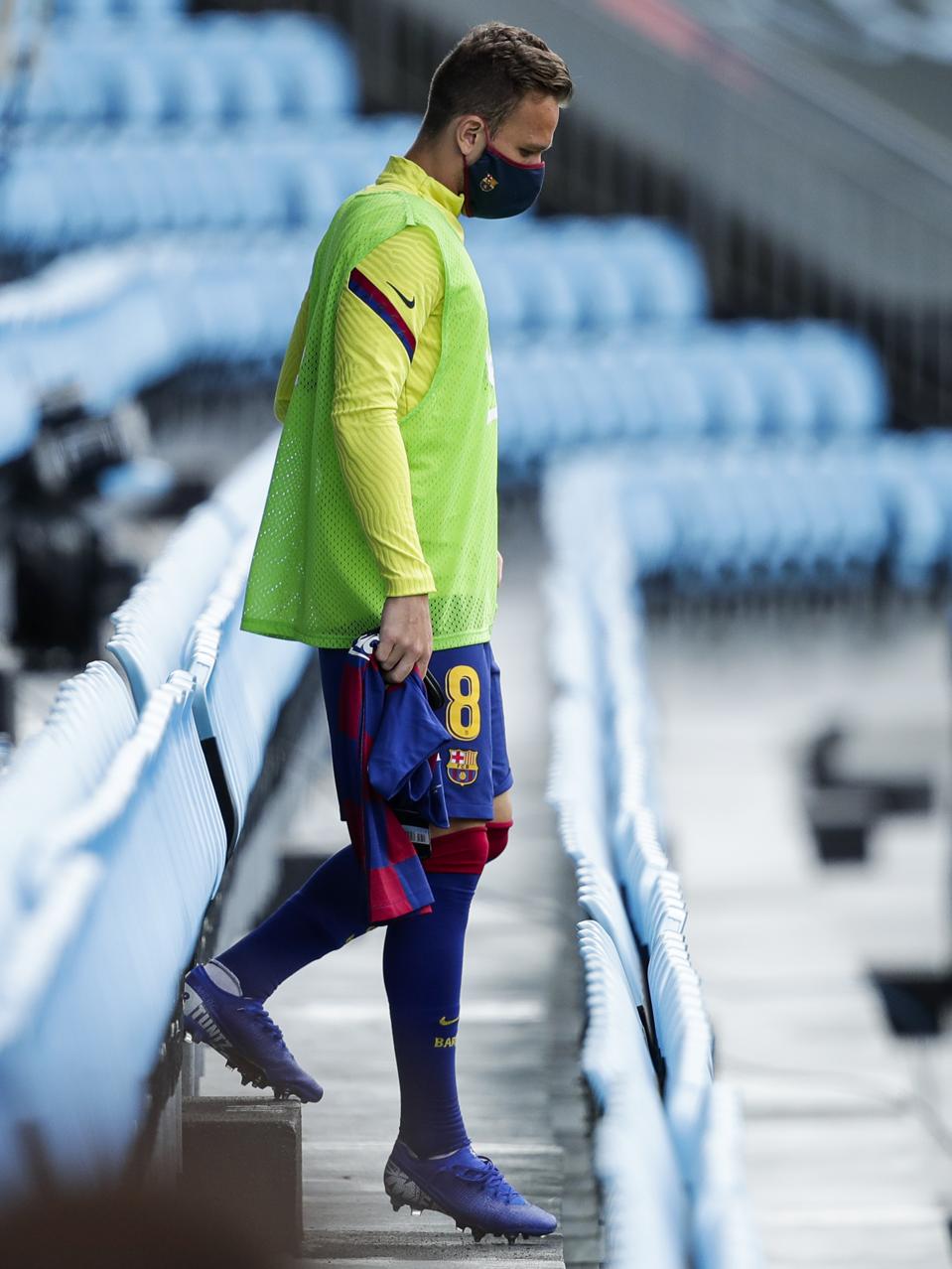 It was a shock sale that many fans are still coming to terms with.

After constant private and public insistences that he was happy at FC Barcelona, Arthur Melo finally had his head turned and decided to agree terms with Juventus at the end of a lengthy pursuit.

The Italians tripling his salary to €10mn ($11.2mn) per annum, the young midfielder’s €72mn ($81.2mn) sale plus Miralem Pjanic was finalized before June 30, so that his current employers could balance the books and not end their year in the red following a nifty accounting trick.

Had the season not been postponed for three months due to the coronavirus pandemic, the situation would have been far less chaotic. The Brazilian would currently be in Colombia and Argentina defending his country’s Copa America crown, but after that, would have headed to Turin directly to adapt to his new teammates and surroundings.

Instead, the 23-year-old was forced to play for Barça, with his mind clearly elsewhere as negotiations came to a close, and it was made clear that he had become surplus to requirements at the Blaugrana.

Which begs the question, will Arthur ever done the Catalan giants’ colors again?

It is one that Mundo Deportivo scribe Xavier Bosch has also posed this morning.

In his column, Bosch points out that when Barça were defending a narrow 1-0 lead against Espanyol on Wednesday with both sides down to 10 men, the conditions were ripe for the playmaker to take control of the proceedings, slow down the tempo and kill off a game that was a must-win to keep the heat on Real Madrid at the top and relegate their cross-city foes.

Setien declined, however, and has not used his charge in three consecutive games while clearly annoyed whenever pressed on the topic in his prematch conferences.

“You know that he has a signed contract with another team and that his commitment is to be here in the remaining matches. You already know that his situation underlies something different and I don’t have to explain it,” he balked on Tuesday, ahead of the Espanyol clash.

Yet despite early mutterings in the press that Arthur was planning a mutiny and refusing to run out for the La Liga giants again due to the lack of respect that had been shown throughout his eventual sale, he has apparently assured teammates he will give his all and it is what Setien expects of him in what remains of the 2019/2020 Spanish top flight and the Champions League.

Whether he will ever be afforded the chance to represent the club he joined from Gremio in 2018, however, and not merely rot on the bench until it is time to officially swap allegiances, is another matter entirely.

G20 Oil Agreement Doomed To Fail As All...

Elizabeth Warren Is Public Enemy No. 1 for...