Home Business Will Boeing’s New CEO Rename The 737 MAX? ‘I’m Not Going To Market My Way Out Of This’
Business

Will Boeing’s New CEO Rename The 737 MAX? ‘I’m Not Going To Market My Way Out Of This’

New Boeing CEO David Calhoun is two weeks into the job and is being closely watched to see how he steers the company’s flagship commercial aircraft division and in what ways he breaks from predecessor Dennis Muilenburg. For future products, Calhoun is resetting, but not abandoning, the prospect of a clean-sheet aircraft design. On government relations, Calhoun wants significant improvements with regulators. And for the 737 MAX, will he rename it?

“I’m not going to market my way out of this,” Calhoun told CNBC. His quip is a major difference from Muilenburg’s buttoned-up approach, but does not necessarily depart from Boeing’s previous plan to put the grounded 737 back in the air as the MAX and not with another name.

Yet Calhoun was given the opposite advice by Steven Udvar-Hazy, the executive chairman of leasing company Air Lease, which is one of the ten largest customers for the MAX with 150 orders. More than merely being a MAX customer, Udvar-Hazy has large influence on aerospace, although he normally reserves his opinion for technical matters, not branding. He was instrumental in Airbus’ re-design of the A350.

“We’ve asked Boeing to get rid of that word ‘MAX,’” Udvar-Hazy told this month’s Airline Economics Growth Frontiers conference, the annual large gathering in Dublin of the aerospace sector. “The ‘MAX’ brand is damaged,” he said. “I think that word MAX should go down in the history books as a bad name for an aircraft.”

Three airlines referred to the aircraft’s numerical designation, like 737-8, without mentioning MAX. That is what Udvar-Hazy suggests. “There’s no reference to ‘MAX’ in any of the documentation that Boeing submitted to the regulators, it’s just the 737,” he said. “There’s no reason why Boeing can’t call it a 737-8, 737-9, 737-7.”

Calhoun’s plan to instil public confidence in the aircraft relies heavily on pilots. “This plane will recover with the flying public when airline pilots step on it, fly it, like it, and by the way, based on all the test flights we’ve had to date, which are many, they do,” he said.

Boeing previously found 65% of the public trusted information from aviation authorities, and 41% favored information from 737 MAX pilots. Boeing commissioned the research, first reported by the New York Times, to study how to rebuild public trust in the 737 MAX. Boeing has established its own 737 MAX website that relies heavily on pilot commentary, including video testimonials.

Although Calhoun is not expecting to regain public trust merely by dropping the “MAX” name, his answer about rebranding the 737 is not a complete rejection. Yet if he does drop the MAX name, there will be little practical changes for his airline customers. 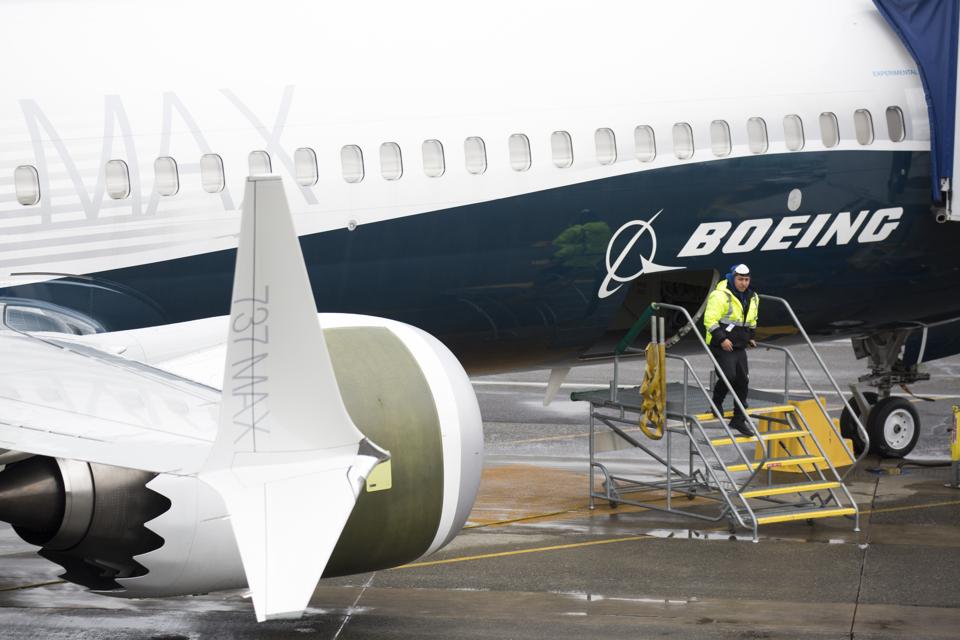 Star Wars: How ‘The Rise of Skywalker’ Makes ‘The Last Jedi’ Retroactively Better

Boeing’s Exit From Space Plane Project Is A...

How Love Can Be One Of The Biggest...

Homebuilders Face The Effects Of Coronavirus

How This CEO Is Streamlining The Copyright Process...