Breaking
Lights, Camera, Action—Is There A Post-Covid Future For...
7 Ways to Reduce Human Errors in Your...
How ‘Couples Therapy’ Used Technology To Cope With...
Can You Settle Your Student Loans Or Negotiate...
How to Use Amazon Attribution For Ad Campaigns
What are the Makings of a High-Quality Link?
How To Quickly Start And Scale Your Business
Terra Virtua: What NFTs Can Teach Us About...
5 Easy Steps To Prepare Content For E-A-T...
Physical Inactivity Linked To More Severe Covid-19 Infection...
The 2021 Estimated Tax Dilemma: What Tax-Return Pros...
Want To Digitally Transform Your Business? Start With...
How to Optimize Google My Business and Leverage...
Debunking Link Building Myths in 2021
How, When And Where You Can Gaze At...
SBA Opens $16.2 Billion Shuttered Venue Operators Grants...
Home General Will ‘Cyberpunk 2077’ Outsell ‘Call Of Duty Cold War’?
General 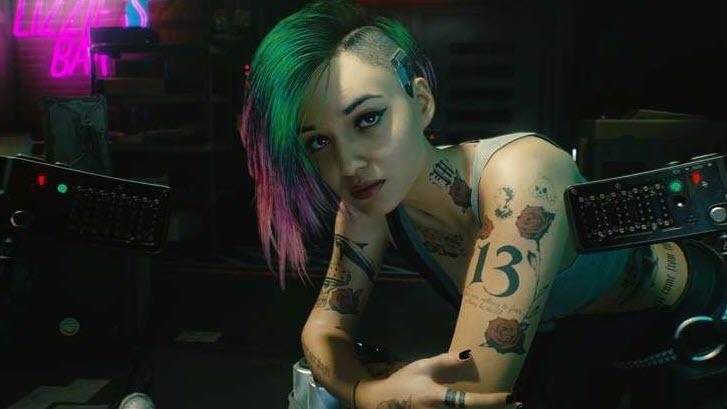 We are less than a week away from the launch of Cyberpunk 2077, the last major game to be released this year, and perhaps the biggest of them all. After three delays this year alone, there’s no more pushing it back now, and it will arrive next week, even if it ends up “coming in hot,” as they say.

What I’m growing curious about is if there’s enough interest in Cyberpunk 2077 where it could achieve the rare feat of outselling Call of Duty Black Ops Cold War, where Call of Duty is the biggest selling game of the year, every year. The exception to this is when there’s a new Grand Theft Auto release, but other than that, it’s all Call of Duty all the time.

But Cyberpunk is just massively anticipated, so I don’t think it’s entirely out of the realm of possibility. But I do think it’s somewhat unlikely in the end.

What do we have to compare right now? Well, Activision is not really reporting Call of Duty sales a month or so after release. It released information that Cold War was the biggest digital launch in series history, which is not a huge surprise given the trends we’ve seen in the industry the past few years, not to mention two of the four new consoles that debuted this fall literally do not even have disc drives.

Past that, however, we have not gotten any firm numbers of sales for the games. Last year’s Modern Warfare did have specific numbers revealed, $600 million in sales in three days, and then $1 billion by mid December. Reportedly sales are around 30 million by many estimates at this point in time.

What to compare Cyberpunk 2077 to? The Witcher 3, of course.

The Witcher 3: Wild Hunt did not have Call of Duty level explosive sales, and yet it did put up large numbers all the same. 4 million copies in two weeks, 10 million copies in the first year. But it’s been a slow build. Last we heard in December 2019, The Witcher 3 had sold 28 million copies worldwide, exceedingly close to those Modern Warfare numbers, albeit over a larger time frame.

Of course, there are other factors to consider. The success of Warzone in the past year may have eaten into Call of Duty sales, even if Activision is still making money from the franchise that way. And of course, the most obvious thing is that Cyberpunk 2077 is not a sequel to The Witcher. It’s the same developer and a sprawling, detailed open world, but it’s a totally different genre, switching not just from fantasy to sci-fi, but also third person swordplay to being a first person shooter. Will that increase or decrease its audience? It’s hard to say.

My guess is that Call of Duty will end up outselling Cyberpunk 2077 over the course of the next year, no matter how it reviews. Cyberpunk will no doubt put up impressive numbers, but I just don’t imagine it will be enough to top Call of Duty when the figures are released or the estimates come out. COD remains too established and accessible to be taken on by literally anything else besides A) free games or B) Grand Theft Auto. Maybe Elder Scrolls VI could challenge it in a few years? I don’t know.

This Investment Trend Will Deliver A Profit Bonanza In 2021