Breaking
Looking To Improve Efficiency In Your Business? Here’s...
AI and machine learning for business
How Social Media Changed the World
Shopify: The Pros and Cons
Should your business go green?
Expanding Your Business Into Spain: What You Need...
Essentials For Your Office Coming Out Of COVID-19
What Can Marketers Learn From Digital Cults?
Why NASA’s James Webb Space Telescope Will Never...
Increasing HR Effectivity and Efficiency through Software Solutions
The Difference Between Building A Startup In Bull...
Fluor Corp Ranked Among Today’s Top Shorts
Common Pitfalls to Look Out for When Buying...
Will the Olympics go ahead this year?
Pack Up the Big Top: Insights from MozCon...
Best WordPress Themes for Blogs
Home Business Will Impeachment Proceedings Impact The Real Estate Market?
Business 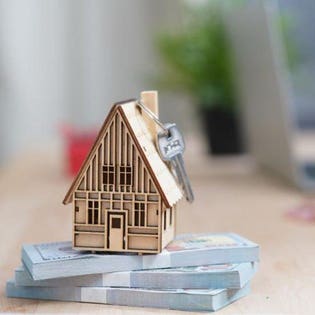 If recent news regarding the impeachment of President Donald Trump has left you uncertain about what to do when it comes to your real estate investment portfolio, you’re certainly not alone. With new updates rolling out by the minute, keeping up with the latest news can feel overwhelming. Fortunately, most analysts that I hear from suspect that the current proceedings will have little impact on the housing market.

Although political pundits enjoy following the drama of the impeachment proceedings, I’ve seen that investors as a whole have treated it largely as a non-issue. Although the possibility of impeachment could introduce uncertainty into the market, volatility has typified the market for much of the last several years. We aren’t really dealing with anything new as far as market forces are concerned.

When it comes to the current investigation, other factors appear to drive the real estate market more than the drama unfolding in Washington, D.C. Although economic uncertainty can impact the real estate and housing markets, in my opinion, impeachment proceedings are not likely to have any negative impact. Simply put, consumers’ confidence to spend primarily drives the markets, and impeachment proceedings are unlikely to create enough economic uncertainty to impact that negatively.

Consumer confidence when buying real estate is strong right now as interest rates remain low. In my business, for example, we currently have no problem liquidating investment properties to those looking to flip them for a profit. These investors are confident that with interest rates this low, they will have no problem reselling these investment properties.

All the most recent evidence backs this up. In August, new home sales nationally increased by 7.1%. Although August predates the most current political events, a decline in mortgage rates over the summer drove an increase in new home construction, leading to more homes sold in August. Historically low mortgage rates typify the current market, with 30-year mortgages likely to remain low for the rest of the year. Although President Trump might be experiencing some political challenges, low mortgage rates continue to fuel a strong housing market.

As it stands, I believe the impeachment proceeding is unlikely to influence the housing market negatively. However, if some major changes unfold, then the situation could change in different ways. Consider the worst-case scenario for President Trump: removal from office. Even in that event, we would likely see little impact to the economy. If President Trump were removed from office, Vice President Mike Pence would take office, and it is unlikely he would make substantial changes to the current administration’s economic policies.

What remains to be seen is the impact these proceedings will have on the 2020 presidential election. If impeachment proceedings lead voters to choose a replacement rather than reelect President Trump in 2020, then we could expect significant changes in economic policy. The impact that would have on real estate remains unforeseen.

Of course, other economic factors dictated by the president do impact the housing market. Most notably, the ongoing trade war with China could produce economic uncertainty, leading to downstream issues in the housing market. The most recent wave of tariffs resulted in additional taxes on the importation of nearly all Chinese goods, including housing construction goods. This situation should receive more attention from real estate investors than the latest round of impeachment wrangling in Congress. The cost of construction on our houses has significantly increased over the last year or two. The biggest challenge we currently have in our business is finding contractors to get our jobs done at an affordable price for our investors.

To sum up, don’t worry so much about the impeachment hearings, at least as it pertains to the real estate market. Currently, we have no reason to suspect the hearings will immediately produce any significant change in leadership in our country. Even if something significant does happen, we should expect that other factors — like the recent mortgage rate trends and the trade war with China — will have a greater impact on the housing market.

Maximize The Promise And Minimize The Perils Of Artificial Intelligence (AI)

Getting Involved: 14 Tips To Help You Decide Whether To Strongly Support A Local Charity