Breaking
Which Party Is Best For Employment? Data Points...
3 Signs Your Latest Business Idea Has The...
Watchdog To Investigate Whether Trump Interfered With Health...
The Presidential Candidates’ Record On Small Business, Part...
Xtelligent Next-Generation Signals Use Algorithms And Artificial Intelligence...
Lawyer Pleads Guilty To Conspiring To Defraud The...
Consider Buying Encompass Health Stock For 20% Upside
Ranking The Best Claymores In ‘Genshin Impact’ (v1.0...
Do College Grades Predict Future Success?
How Gig Workers Can Engage With Organizations
Eight ‘Above And Beyond’ Vetting Practices For Executive...
Top Tips For Using Surfaces Across Google
E-Commerce SEO And How It Can Skyrocket Your...
Five Crucial Things You Shouldn’t Leave Out Of...
Artificial Intelligence And Africa: The Case For Investing...
Relax, The Computing World Won’t End In 2038....
Home Finance Will Increasing Coronavirus Cases Lead To Even More U.S. Lockdowns?
Finance

Will Increasing Coronavirus Cases Lead To Even More U.S. Lockdowns? 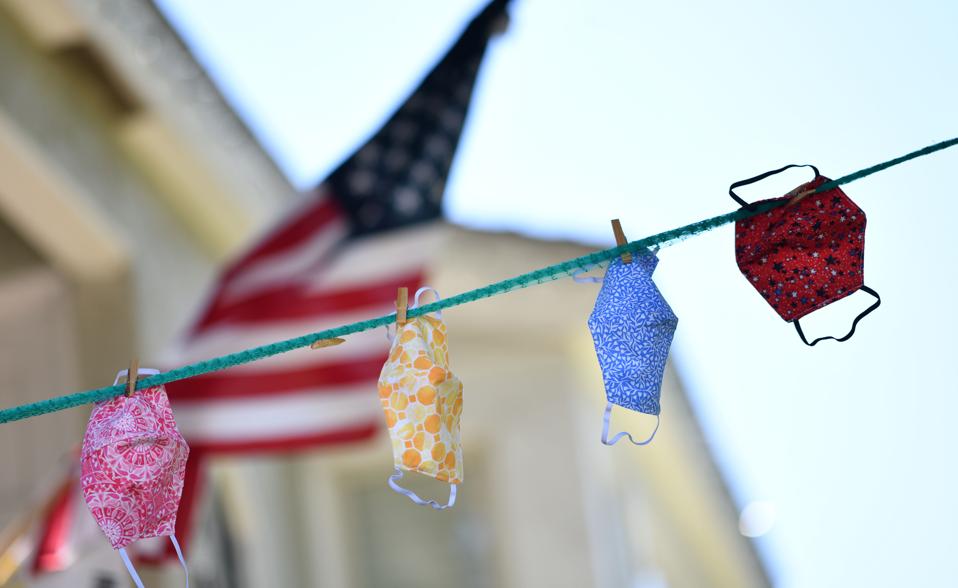 Hang ’em up? Not yet. The coronavirus continues unabated as some states debate whether to reimpose … [+] lockdowns and keep schools closed again. (Photo by CHRIS DELMAS/AFP via Getty Images)

Hang those cloth masks out to dry and put ‘em away?

We have mandatory masks already, and an ongoing debate about whether the ever expanding coronavirus won’t force governments to shut things down again.

The coronavirus is causing some state and municipal governments to debate school openings. In the past two weeks, governments have closed down things like indoor dining and beaches.

So far, the trend towards increasing lockdowns has stalled. Does that trend have any legs?

Recent infection increases have not overwhelmed hospitals to the extent that people, by and large, were unable to get into ICU beds if they were suffering from the effects of Covid-19.

Strategists from the firm, led by CIO Mark Haefele, said they do not expect the recent increase in coronavirus cases to lead to the re-imposition of national lockdowns, and as a result global economic growth should continue to recover.

There’s market implications to that.

Based on that take alone, UBS thinks demand for the dollar, which was a hot commodity in the early stages of the pandemic, will start to decline. For investors, a weaker dollar is not only good for American exporters, but it is especially good for emerging markets. A weaker dollar tends to mean stronger commodities — like oil, and gold.

For dollar bulls and bears out there, UBS’s take is the EUR-USD exchange will hit 1.17, and gold will inch towards $1,900 soon.

Of course, UBS strategists are not virologists, so their guess is as good as any other non-virologist, like Bill Gates, for instance.

Not more than a month ago, Wall Street was convinced that lockdowns were over, Georgia wouldn’t have any serious outbreaks, and California was heading out of sickbay, just like its counterparts in New York, Massachusetts and Rhode Island.

Instead, some 30 counties in California are now on partial lockdown orders yet again.

Disney World in Orlando instituted a policy this week that will no longer allow people to walk through the park with ice cream or drinks, in order to make certain that people are in masks at all times. Masks are mandatory in Disney, and in most amusement parks. If that’s not a buzzkill on a 90 degree central Florida day, what is?

Some states are pushing back against the lockdown narratives, from the Texas governor promising no new lockdowns last week, to Missouri’s governor standing by his call to make sure students are in school this fall.

“These kids have got to get back to school,” Governor Mike Parson said on Monday. “If they do get Covid-19, which they will — and they will when they go to school — they’re not going to the hospitals. They’re going to go home and they’re going to get over it,” he said. 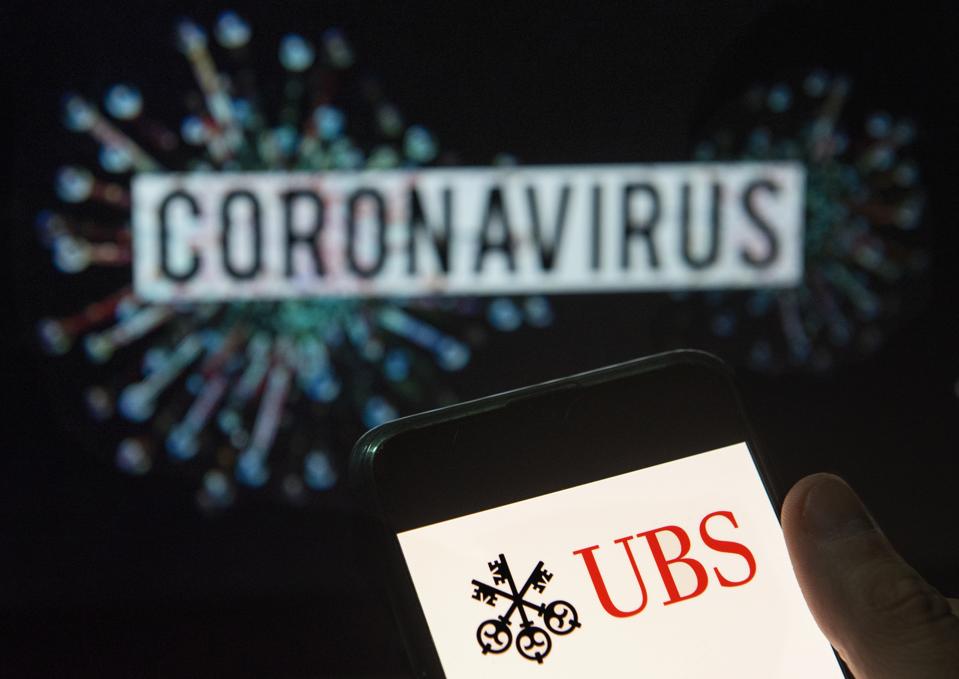 Those in favor of closing schools, or reducing class sizes by some form of hybrid learning of partially in class, partially online, point out that while the students will be fine, the adult teachers may not. Spreading infections between adults in a closed building will be something worth watching this fall.

Worth noting, the Chinese are back in school, and school children are not in masks in some cities.

China is the source of the new SARS coronavirus outbreak, first discovered in December, but believed to have been circulating around since November. If this new SARS is like the old SARS, then it should last around 8 months. The first SARS lasted from November 2002 until July 2003 before it disappeared from the headlines and has not been a headline since.

China has had only minor outbreaks of the disease over the last month.

If the 8-month rule holds, then the U.S. has until around October, assuming community spread began here in February.

Meanwhile, investors are waiting for yet another stimulus package, perhaps the last, set for later this month. That is when everyone getting their generous $600 per week unemployment check from Washington will either lose it, or see it extended for an unknown period of time.

Treasury Secretary Steve Mnuchin is talking about making loans of less than $150,000 under the Payroll Protection Plan no longer a debt that needs to be paid back.

The collapse in economic activity has impacted more people than the coronavirus. It impacted everyone, while the coronavirus impacted around 1% of the world’s population, based on the cases we know of today.

All of this will leave scars in terms of closed firms, lost wages, lost bonuses, lost college opportunities, and deskilling of many people in the labor markets from the U.S. to China. 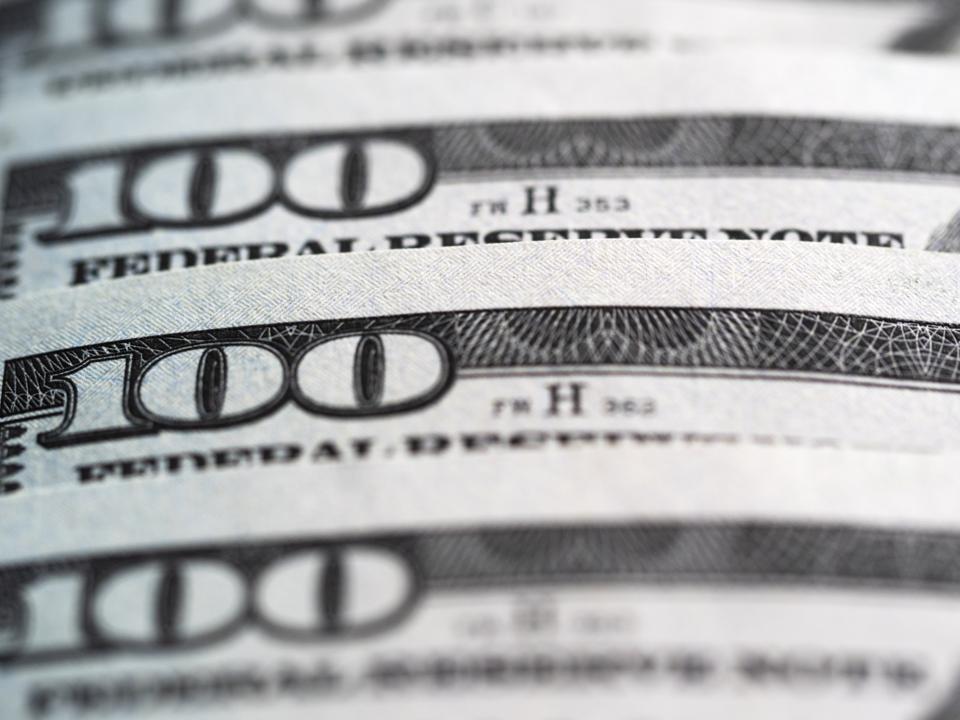 The University of Chicago posits that around 40% of lost jobs will not return.

There is only so much the government can do, though money printing seems to be the main solution at the moment.

“Fiscal restriction walls impose limits on the time length of policies of flattening the recession curve,” says Otaviano Canuto, a senior fellow at the Policy Center for the New South and principal of the Center for Macroeconomics and Development.

“It is not by chance that almost all economic projections suggest national GDPs at the end of next year still below last year’s levels,” he says, adding that the only exceptions will be the populous emerging market giants of India and China. They’ll be the only growth drivers.

Adding more lockdowns to the mix of coronavirus mitigation policies in the months ahead will only assure that the U.S. will slip further behind its main rival in Asia.

At least the dollar will give companies some reprieve.

Strong gold is good for those looking for a weaker dollar. Here’s to hoping the coronavirus gets weaker, too.