Breaking
Silver Shines, Says Citi, Tipping A 60% Price...
Report: Lawyers Unable To Locate Parents Of 545...
In Need Of A Competitive Edge? Look To...
Think Small: Timely Picks To Capture The Reawakening...
Patient Gets Covid-19 Swab Lodged In Her Lung...
Nine Signs You’re Not Being Effective During Your...
Chromebooks Can Now Run Windows 10 – Find...
Will Biden’s Tax/Benefit Plans Help/Hurt You And The...
This Fashion Brand Turned A Stripe Into A...
On CRM: Salesforce Has Finally Fixed Your CRM...
Shots In The Dark: Why Access To A...
The Case For A Better ROI From Virtual...
What Building Wealth Really Takes In Business
Building A Circular Economy In New York City...
How To Cast Your Vote Against Election Scams
Does Business Investment Follow Data or Gut Feel?
Home Finance Will The Bitcoin Price Get Demolished By Central Bank-Issued Cryptos?
Finance

Will The Bitcoin Price Get Demolished By Central Bank-Issued Cryptos? 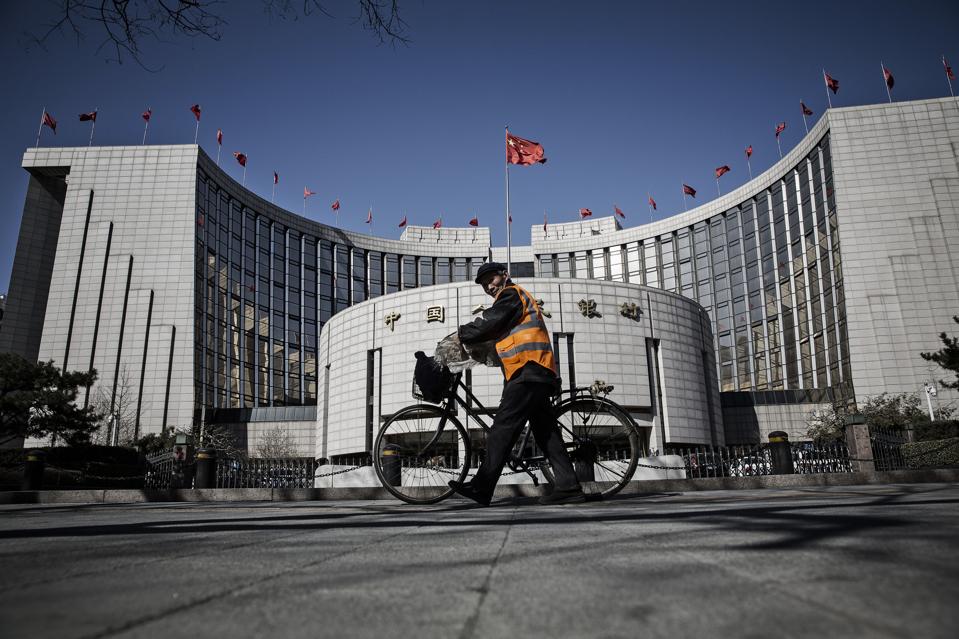 A man pushes a bicycle past the People’s Bank of China (PBOC) headquarters in Beijing, China.

In terms of arguments against the long-term price appreciation of the Bitcoin price, one of the most commonly held beliefs is that something better will eventually come along and replace the world’s first major cryptocurrency. A more specific version of this argument comes in the form of Bitcoin eventually being overtaken by a new digital currency owned and operated by a government or corporation.

However, this theory is based on a complete misunderstanding of why Bitcoin is useful in the first place. In reality, central bank-issued digital currencies, such as the project being worked on in China, would only further solidify Bitcoin’s role as an uncontrolled, apolitical form of money in a digital age.

Centralized Competitors Would Only Help the Bitcoin Price

It is sometimes easier to understand Bitcoin’s value proposition when the current move towards a cashless society is extrapolated out another ten or twenty years down the road. If governments are in complete control of the world’s financial system at that time, then the situation looks rather grim, with it becoming much easier to track all transactions, inflate the money supply, seize savings, and strengthen other forms of financial control over the general public.

This is why it is necessary for something like Bitcoin to exist. And the utility of Bitcoin as a difficult to seize, censor, or inflate asset where each individual is in complete control of their money becomes much more apparent in this dystopian scenario.

Indeed, a recent report indicates Bitcoin’s lack of correlation to traditional financial assets as a key driving force behind financial advisors adding the crypto asset to their clients’ portfolios. Data from 2019 appears to back this thesis of Bitcoin’s growing utility as a “digital gold” of sorts.

In terms of competition from other cryptocurrencies meant to be decentralized, many investors think the competition to become the major digital store of value is already over. The altcoin market’s severely poor performance against Bitcoin over the past couple of years lends support to this thesis. Additionally, the further development of innovations like sidechains could make matters even worse for alternative crypto assets like Ether and Ripple’s XRP.

Of course, Bitcoin is far from perfect as it exists today. For example, one large miner recently warned that better privacy is needed in the cryptocurrency network.

The Trend Has Already Begun

The idea that central banked-issued digital currencies would help make the case for Bitcoin is not completely theoretical, as a similar phenomenon already took place last year with Facebook’s Libra announcement. The level of centralization involved with Facebook’s digital payments initiative was a learning experience for people who didn’t quite understand what Bitcoin was all about. One U.S. congressman even recommended Facebook simply adopt Bitcoin instead of creating a new digital currency from scratch.

Additionally, Congressman Brad Sherman (D-CA) appears to understand the threat Bitcoin represents to the United States’s control over the global economy, pointing out that Bitcoin is intended to displace the U.S. dollar as the reserve currency for most of the world.

At least one industry executive believes the Bitcoin price will reach $50,000 in 2020 due to this potential utility of Bitcoin as an apolitical store of value for the entire world.