Breaking
How To Get Your Startup Business Off The...
How To Create A COVID Safe Construction Site
How to Make a Good First Impression at...
Nvidia’s Stocks May Plunge 12% Following Its Deal...
Stoke Tank Empty? Check Out Social Media Celebs...
Ask Larry: What Happens To The Money Withheld...
How Far Will Tech Decline?
How AI Platforms Are Improving Talent Management In...
How To Stand Out When Clients Go Searching...
‘Decoding Porygon’: Steps And Rewards For Porygon Community...
US Postal Service Files A Patent For Voting...
7 Business Leaders Share Their Self-Care Secrets
Apple Boosts IPad Air Performance By 40%…And Other...
Biden Was Right. The Hispanic Market Is Incredibly...
Plan To Buy An Electric Car? Is A...
Covid-19 Death Toll In U.S. Passes 200,000
Apple iOS 14 Has 25 Great Secret Features
5 Decisions That Will Increase Your Chances Of...
Coronavirus Is Shaping Up To Be Very Bad...
Home Technology Will Walgreens Partnership Strategy Begin 2020 Payoff?
Technology 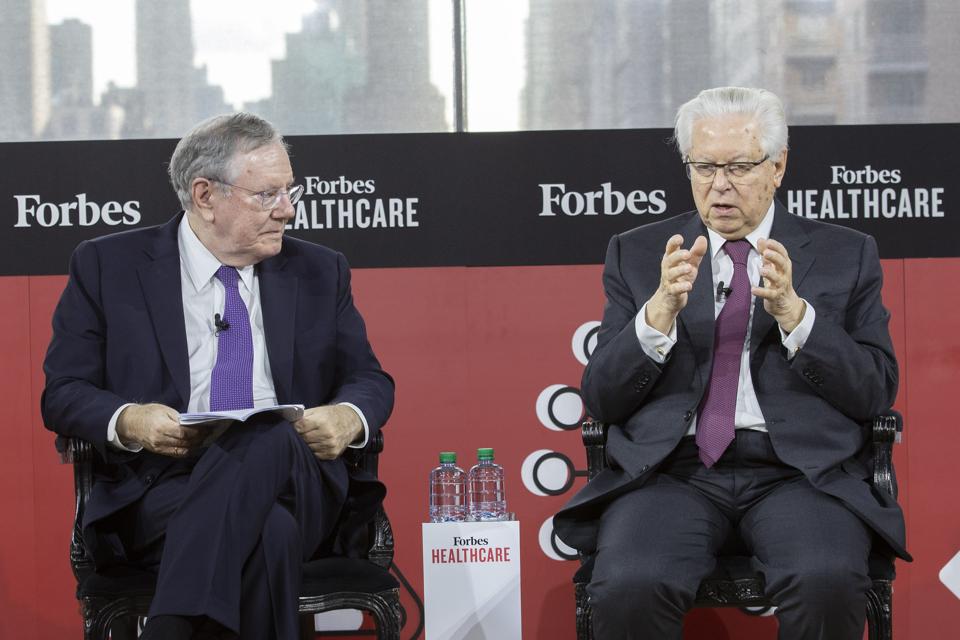 Steve Forbes in conversation with Stefano Pessina, CEO of Walgreens Boots Alliance at the 2019 … [+] Forbes Healthcare Summit December 5 at the Jazz at Lincoln Center in New York.

The myriad partnerships Walgreens Boots Alliance has signed in recent years will be closely watched in 2020 amid speculation about the retail drugstore giant’s next big move.

Rumors have swirled that Walgreens may be taken private in a massive leveraged buyout involving private equity firms like KKR & Co., according to reports in the last two months. This is speculation Walgreens hasn’t confirmed nor publicly entertained as a strategy.

In the meantime, Walgreens observers are anxiously awaiting some financial results from the myriad partnerships that the retail pharmacy chain has formed with health insurers like Humana, medical care providers like VillageMD and UnitedHealth Group’s and Optum’s MedExpress urgent care unit and the Kroger grocery chain. Most of these efforts have been considered tests and have yet to be scaled nationally.

In some of his most recent public comments, Walgreens CEO Stefano Pessina reiterated at the 2019 Forbes Healthcare Summit earlier this month in New York that partnerships remain the most cost-effective way for the global drugstore chain to remain competitive and grow in the future.  “The partnership is the best and cheapest way to transform the industry you are working in,” Pessina told Forbes Chairman and Editor-in-Chief Steve Forbes in an interview at the summit.

CVS observers see Aetna’s more than 20 million health plan subscribers increasingly being guided to CVS drugstores for lower cost retail health services over Walgreens. CVS is enticing customers with lower cost personal care items and primary care services via its MinuteClinics and a new “HealthHub” format that will be in 1,500 stores by the end of 2021.

Should Walgreens entertain the idea of going private via leveraged buyout, there is concern new ownership could slow capital expenditures on the partnerships in favor of boosting profits and cash flow. Walgreens also has more than 9,200 stores and management already decided in recent months to raise its annual cost-cutting target to “at least $1.8 billion by fiscal 2022,” Walgreens global chief financial officer James Kehoe said two months ago.

Still, Walgreens will have to continue to pursue ways to bring in new customers and any new owner or management team won’t change plans to shift from a healthcare strategy.

“We’re strongly focused on creating neighborhood health destinations around a more modern pharmacy,” Alex Gourlay, Walgreens co-chief operating officer said in October. “We have made significant steps during the year to develop our primary care business.”