Breaking
Entrepreneurs Are Bringing Transparency To Home Buying And...
Best Incentive To Get Vaccinated: Money, Messaging, Or...
Page Level Query Analysis at Scale with Google...
How A CIO Can Align IT With Business...
Blogger of the Month: Jo, Girl Eats World
6 Things Women In Business Know That Men...
How to Use First-Party Data for Ad Personalization
Pressing Reset—Putting A Fallen Unicorn Back On Its...
How We Went Viral: Promoting Content with Influencers,...
Blame Olympic Record Price Tag For Return To...
Apple iOS 14.5 Release: Should You Upgrade?
How to Come up with Podcast Topics and...
Why Gaming Gear Company Razer Launched A $50...
Technical SEO Implementations to Increase the Impact of...
30 Brilliant Ways to Market Your Eco-Friendly Shopify...
15 Tech Industry Leaders Share Overused (And Misused)...
Home Finance Will We See A U.S. Recession In 2020?
Finance 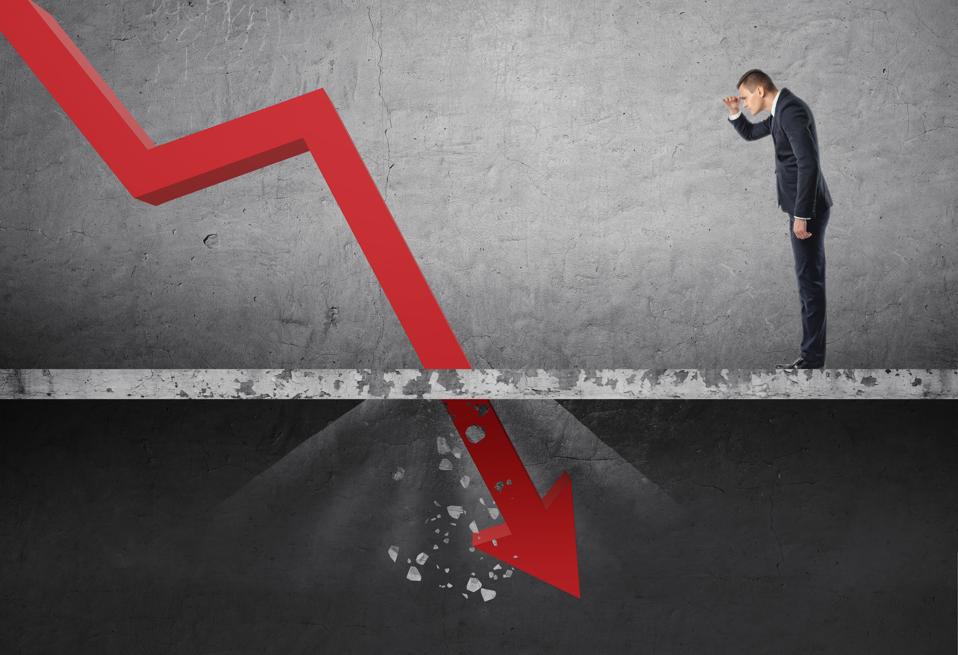 2019 was something of a roller coaster year for recession forecasts. The year started on a sour note with no shortage of global concerns. Then in March the yield curve inverted, another bad sign, only to inverted more deeply and broadly by the summer. However, the Fed quickly cut rates in response to elevated economic risk. By the second half of the year, recession fears eased off as certain data came in less bad than feared. As of now, the yield curve has regained a positive slope.

The result was a notably strong year for investors, with most markets, including U.S. stocks, seeing strong gains for the year. Nonetheless, various other countries including Italy, South Africa and Germany flirted with negative growth, and Argentina is in crisis. How will 2020 look for the U.S.?

Perhaps the simplest recession forecast is that historically about 1 in 5 years in modern American history has seen a recession. So on that crude basis there’s about a 20% chance of recession in any given year, including 2020. However, that’s imperfect because often recessions typically last over a year. So if we’re in a recession then the chance of it sustaining into next year are a reasonably high. Equally if we’re not in a recession the chance of one occurring is slightly lower. Still for any year there’s a low, but not insignificant chance a recession hits.

Now, let’s review the various data we’re seeing as we look to 2020.

Perhaps one of the more robust negative signals is the inverted yield curve we saw last year. Typically, an inverted yield curve, where longer-term government bond interest rates fall below short-term ones, can signal a recession in about a year. The clock is clearly ticking on that forecast. It’s a worrying signal. That the yield curve has bounced back into positive territory doesn’t help unfortunately, we’ve seen that before and still hit recessions soon after. The signal comes from the inversion, not what follows. All else equal the recently inverted yield curve should be reason for pessimism for a 2020 recession.

Also worrying is that manufacturing is slowing in recent months according to PMI survey data. Manufacturing matters because the swings in activity can be substantial. Yes, it’s a volatile data and we’ve seen two false alarms from manufacturing over the past expansionary period since 2009. Still, it’s definitely a concern that manufacturing contracted in the second half of 2019. If that trend continues, the remainder of the U.S. economy may struggle to offset the drag from a sluggish manufacturing sector. Even if the U.S. is less dependent on manufacturing than in past decades.

Perhaps the most obvious positive is that the stock market has been on a tear. 2019 saw a strong performance for stocks and most other investments, suggesting investors aren’t too worried about the U.S. economic picture. The stock market can be a robust indicator of future economic activity, though it can to swing up and down far more than the actual economy does. It’s also worth noting that the U.S. stock market is becoming more a barometer of the global economy than simply the U.S. as U.S.-listed companies increasingly expand overseas.

A second is the degree of policy support that the economy is receiving. Though interest rates may be on hold for now, 2019 saw rate cuts and rates remain low relative to history. Furthermore, the Fed’s response to issues in the repo market in 2019 has been significant, helping liquidity further. Ironically, this may prove a doubled-edged sword as the Fed has limited ammunition should a recession hit, but for now the level of stimulus is a clear positive for growth.

So there are always some caveats, but there are a few areas of the economy we should definitely feel positive about today. Policy is supportive, unemployment is low and inflation is mild. The stock market reflects that good news too.

Perhaps the best indicator of economic performance is unemployment. Watch unemployment closely in 2020. We’re currently at 3.5% unemployment, a move up to 4% could easily mean recession, but if we drift closer to 3% in 2020 then that’s likely enough to keep the economy growing. Secondly, watch manufacturing indicators. These are in the red currently. As before, it may be a false signal, but further decline here would be a real worry. It is also worth observing the economies of major trading-partners. Europe has been sluggish for a while, and an all out recession across the Atlantic would hurt U.S. prospects. Finally, keep an eye on the U.S. stock market itself. It can prove a useful indicator of where the economy is headed, though it does tend to excessive optimism and pessimism.

Currently we can say that U.S. manufacturing is not in a good place. That’s a worry. However, if manufacturing doesn’t worsen, or even improves, and other key signals remain broadly positive, 2020 may pan out well for the U.S. economy. Yet, a further drop in manufacturing joined by some unemployment weakness or other negatives could prove a real worry. It is interesting that 2019 saw such a strong run for U.S. stocks as the economic data definitely points to some concerns that may surface in 2020.